Well, it won’t be long until 14th February, that's why I have decided to post my Valentine ideas earlier than I had originally planned, because, if you are like me, you want your ideas now, not a couple of days before the event. Hopefully,  if you like any of my ideas, you will now have plenty of time to gather materials etc. and have a go. 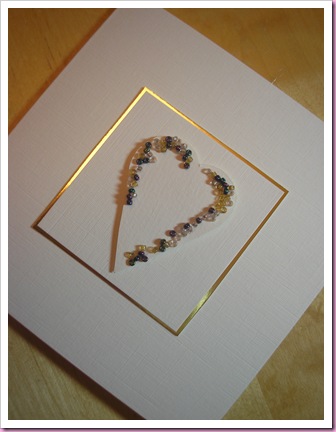 This card took a matter of minutes to make.  First I cut out the heart shape and applied a generous splodging of PVA glue (because it dries clear) to the edges, followed by a good sprinkling of accent beads. 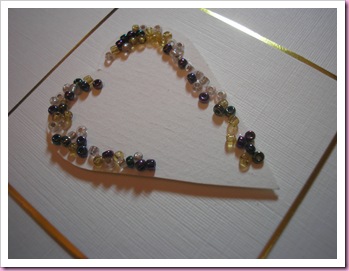 I’ve used ivory card as the effect is much subtler than white, especially with gold, which I have used for the matting. 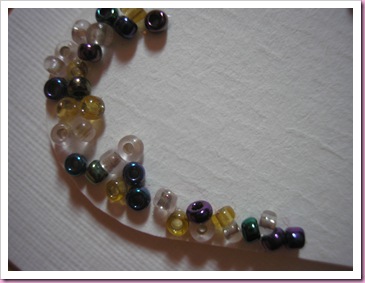 The heart has been set on a foam pad for added dimension. 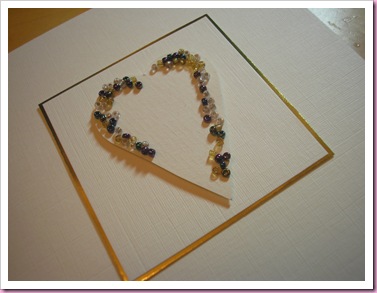 The idea could be adapted for weddings and anniversaries and is very much an example of less is more.
Posted by Its All Fiddle Fart at Tuesday, January 19, 2010 5 comments: