My goodness this was so tiny to make  ….. and my eyes ain’t that good! 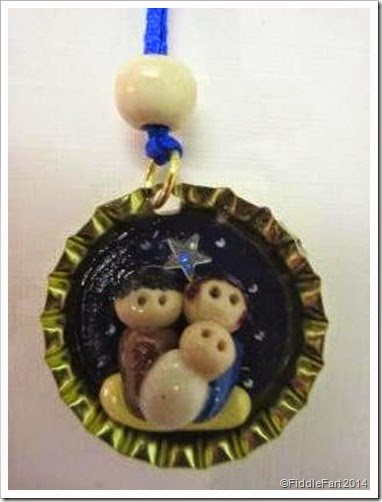 It’s not my own original idea, I found another tiny nativity in a bottle cap while browsing Google and wondered if I could put my own spin on it using Fimo. 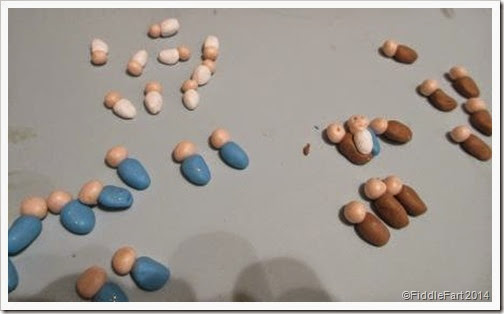 So first of all I made up all the very basic figures, sculpture not being my thing,  the largest of which measures about 15mm. Then when I had a Mary, Joseph and Baby Jesus made I sort of pushed them together to make a group and then baked them in the oven until hard. 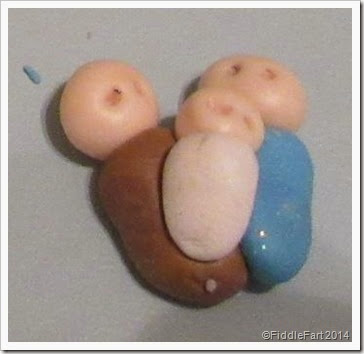 While they were cooking I put a hole in a bottle cap with my Crop-o-Dile, and punched dark blue circles for the background which I then glued in.  I added a  few white dots for stars and then varnished the background lightly with Anita’s 3D Clear Gloss Finish. 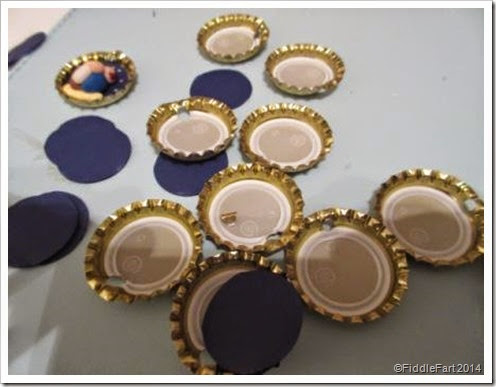 When the figures had cooled I added hair and eyes using Sharpie pens and then stuck them onto the background of the bottle cap using E6000 glue. When the glue was dry I added a tiny hologram star to the background and then applied several light coats of gloss finish which seemed to deepen the colours and give the whole look a rustic affect, if you know what I mean. 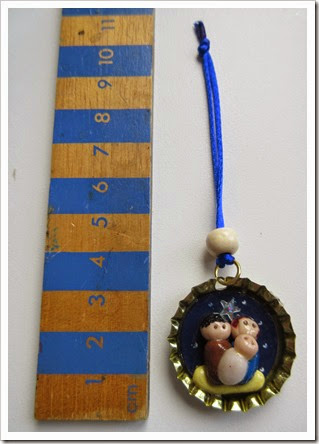 Through the hole I fastened a jump ring and then attached a length of cord and a wooden bead.
I think this is my most favourite Christmas project ever …. in total I plan to make another twenty and then break the mould.  I then fancy having a go at a snowman and a Christmas Tree ……. that is if I don’t go doubly cross eyed first!
Posted by Its All Fiddle Fart at Sunday, November 09, 2014 5 comments: