I have had this tiny weeny frame charm for years, it came from Silver Crow Creations,  a site based in the US which has some really beautiful and unusual items for crafting https://www.silvercrowcreations.com/

The charm is so tiny it was hard to know what to do with it, as it measures only 1cm wide x 2cm long …. and then,  out of the blue,  I had an Ulrika ka ka ka type moment …. and I remembered my equally tiny “birds on a branch” stamp …. and wondered if I stamped it,  but only cut out one bird how it would look, there was only one way to find out ….. 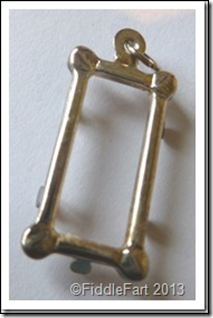 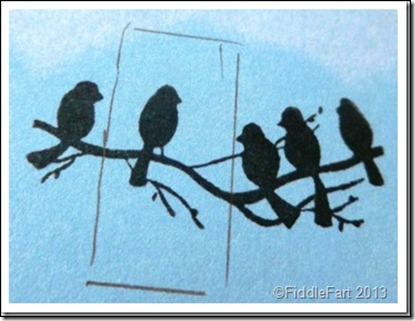 Once cut and in the frame it looked really great ….. then I wondered about making it look a little more “professional” and magical by adding the tiniest sprinkling of Hunky Dory Diamond Sparkles – Angel Whispers and then filling the frame with Ranger Glossy Accents ….. 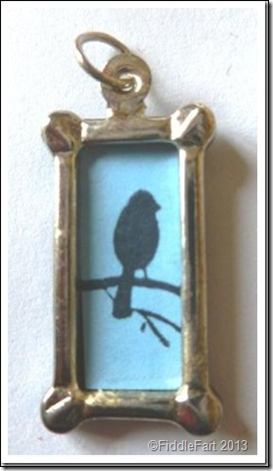 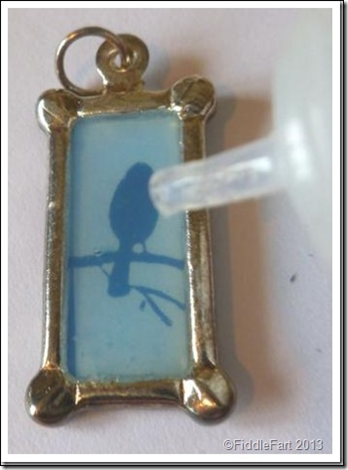 …. this was where it could all go wrong and all my hard work ruined, but, as you can see,  it worked perfectly ….. and I love it!
Now, ….. the more keen eyed of you will have no doubt noticed that the bird in the finished version (at the top of the post) is facing the opposite way to the one in the other pictures ….. that’s because when I took the final pictures of the demo version I noticed a tiny weeny bubble in the glossy accents …. and being a perfectionist ….. I just had to start again!!!
Posted by Its All Fiddle Fart at Monday, July 29, 2013 6 comments: 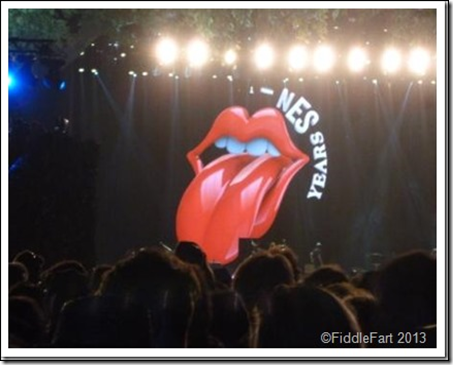 Oh my life ….. ….. Lucy and I went down to London to see the Rolling Stones in Hyde Park this weekend and it was everything we hoped for and more.   It had been a long time coming, and the anticipation intoxicating.   When The Stones first announced they would be doing a series of concerts Lucy said that she really wanted to see them as they had been her dad’s favourite band,  she wanted to experience them for herself,  however the ticket prices were exorbitant, and though she had had them in her “checkout basket” for the O2 and the Hyde Park concert on the 9th July …. she had let them go … because of the cost,   however,  when they announced yet another concert on 13th July I said it was an omen, and that we were “meant” to be there! 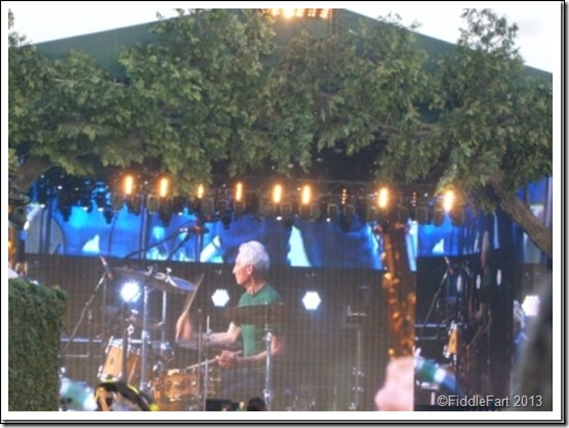 Andy and I had seen The Stones together several times over the years and he had seen them play before he met me.   He would play their music all the time when he was in the office working late, would never miss a documentary on them and had all their music in vinyl and on CD, having one copy for the car/van and one for the office and he absolutely loved Keith Richards, who really was his hero! 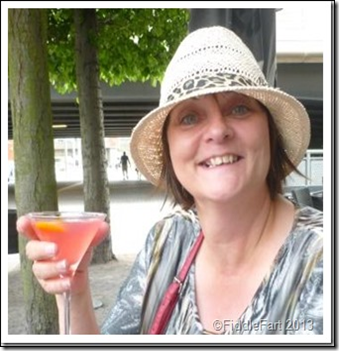 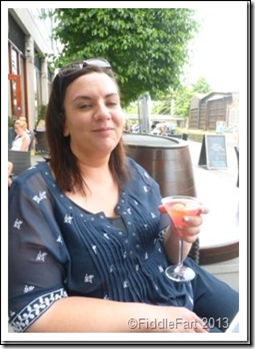 So on Saturday we got into London at around 2 o’clock and decided it would be rude not to have a couple of cheeky margaritas to celebrate,  before checking into out hotel …… 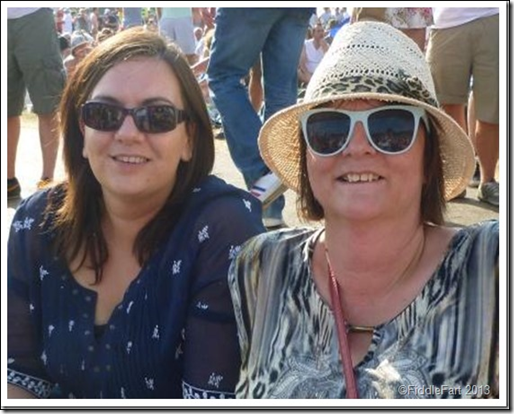 …. and then strolling down to Hyde Park … about fifteen minutes away ….. to sit in the sun and soak up the atmosphere ….. 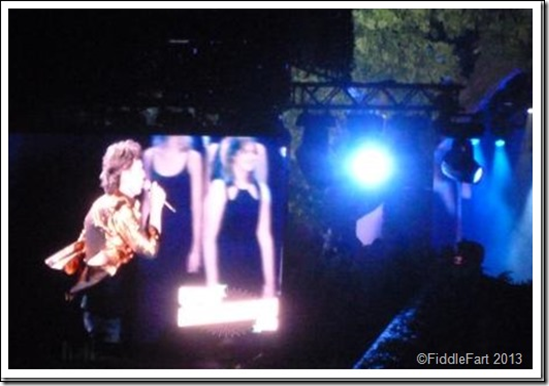 Finally, when the countdown started and the music erupted I found it very emotional …. because had Andy still been with us …. we would have all undoubtedly been standing there together, he wouldn’t have missed this experience…….. 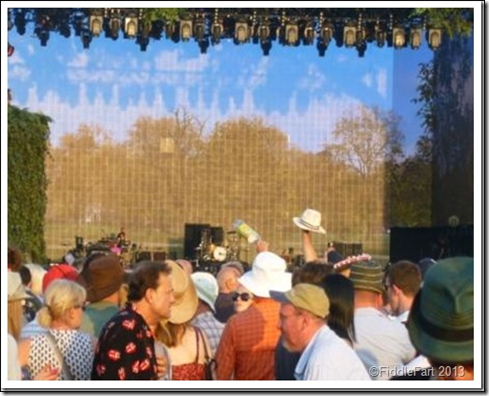 Andy wasn’t a mover or a shaker …. he would have stood perfectly still, occasionally lighting up one of his small cigars and his eyes would have been on Keith most of the time,  with Ron Wood second …… drinking it all in, in his very, very quiet and considered way ….. he wouldn’t have said much …. but you would have known he was absolutely wrapped in the moment and would talk of it for years after ….. in that “do you remember” kind of a way.
What more can I say …. I admit to shedding a couple of discreet tears on the way home ….. not sure if they were for me or Andy ….. The next couple of months will bring a few more bittersweet moments …. including my keeping of  Andy’s Las Vegas promise to Lucy and the THE WEDDING OF THE YEAR!!!  I just thank someone somewhere for making me the way I am, looking over me  ….. and constantly poking me!
Posted by Its All Fiddle Fart at Monday, July 15, 2013 12 comments:

The blank wooden blank that I used for this tag measures approximately 8.5cm x 6cm. Nothing fancy here today …. just a blank tag, a wooden flower and button from WholePort, a bit of faux stitching and a couple of inches of matching ribbon! 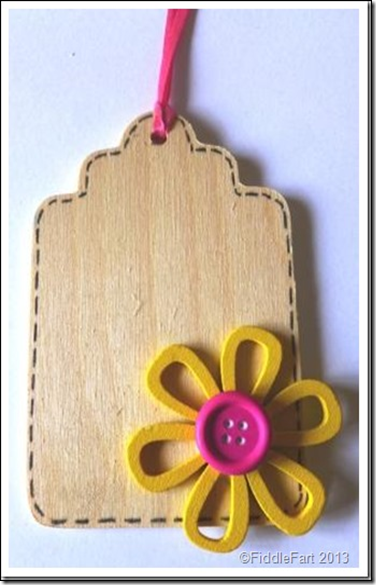 Because I craft I think it makes me very mean …. I see the price of gift tags …. from about 45p for a piece of folded glossy card and a bit of ribbon to £1+ for something slightly fancier and I immediately think I could make something better than that!  I know I have a mountain of stuff to choose from,  but I reckon that even if I was starting from scratch (using basic tools) I could make a whole pile of tags for under £2 …… no there’s a challenge!
http://www.wholeport.com/item/3f6_15-pcs-pack-wooden-flower-design-multicolor-loose-beads-diy-jewelry-findings-45mm.html
http://www.wholeport.com/item/3d0_diy-wooden-charm-pendant-wood-beads-20mm-60pcs-big-button-accessories.html
Posted by Its All Fiddle Fart at Monday, July 08, 2013 2 comments: 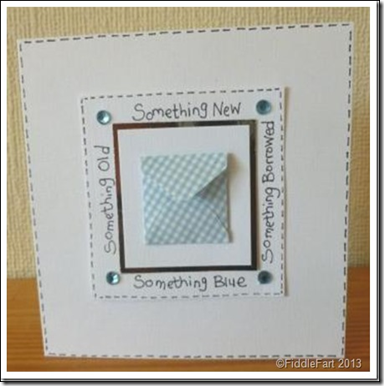 Something tells me that weddings are in the air! 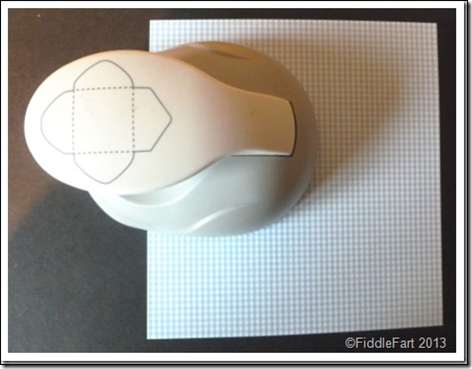 I’ve had two of these envelope punches for years, one punches out square envelopes and the other oblong ones, and to be honest they are very underused. If I got my finger out I could probably sell punched out mini envelopes on e-bay by the dozen, like I say, if I pulled my finger out! 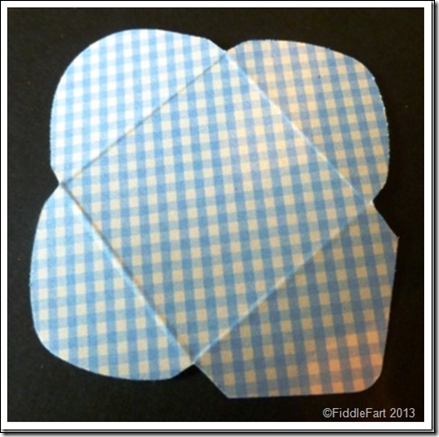 The finished square envelopes measure 1.25ins x 1.25ins and are perfect for this idea, as a pocket for putting a sixpence in on a bride’s wedding card. 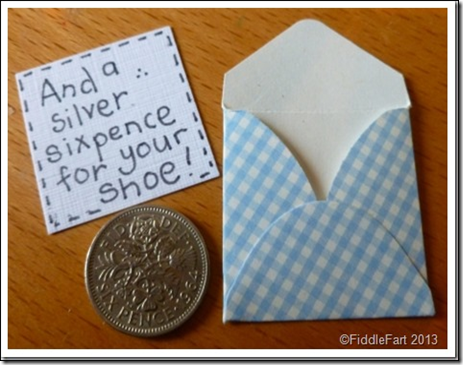 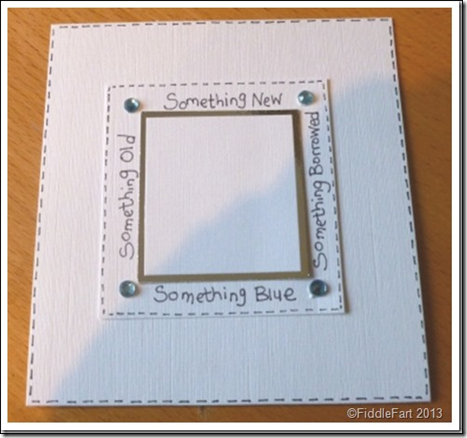 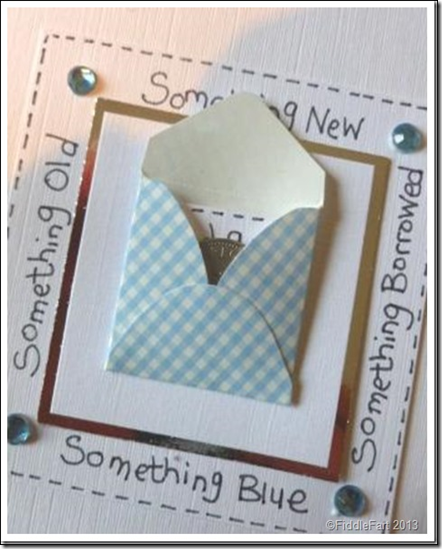