I got this idea from a bauble (below) I spotted in Marc's kitchen last time I stayed with him in London. 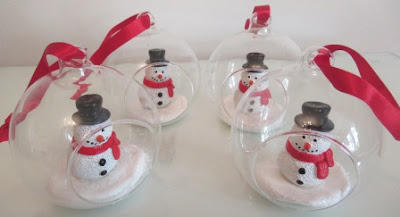 It made me think about what I'd got squirrelled away in my craft cupboards to make something along the same lines. 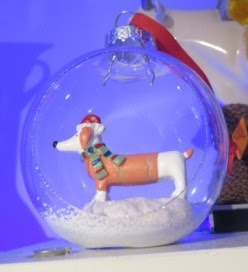 I had four open glass baubles that I'd bought from The Range (Christmas 2018) but never used.  I think they cost me about 80p each and the resin snowmen were from Hobbycraft ages ago. 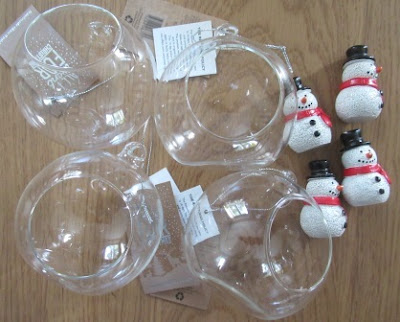 Originally, I was going to use Fimo for the snow, but then found this Martha Stewart paper clay, which I thought would work out to be much lighter. 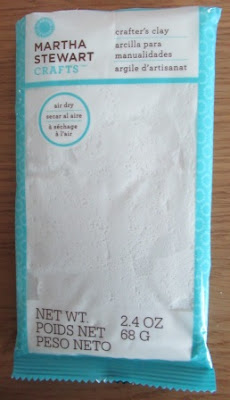 I moulded four pieces to fit in the bottom of each bauble and then made an indentation with the bottom of one of the snowmen to create a level place on which to secure them when ready. 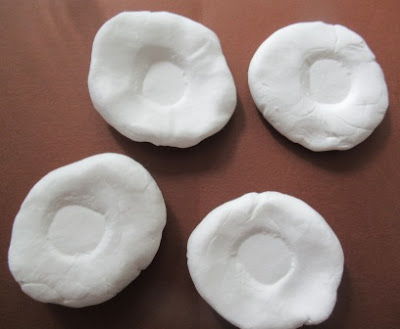 I dusted the "snow" with translucent micro glitter, which was a bit messy, but looked OK when it had dried. 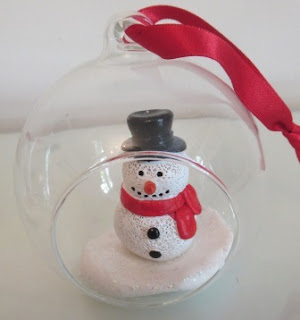 Fitting the snow in the bottom of the bauble was also more fiddly than I had anticipated, I used PVA glue, but when it dried the stray bits were a bit of a pain to clean from inside of the bauble, but I got their in the end, thank goodness for Sticky Stuff Remover. 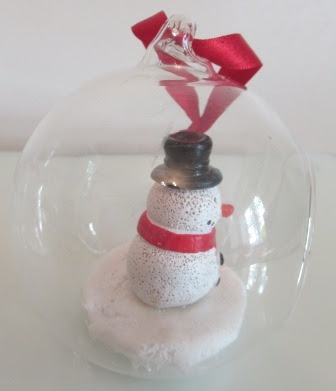 Sticking the snowmen into position was a doddle though, as was changing the silver thread hanger for some red ribbon. 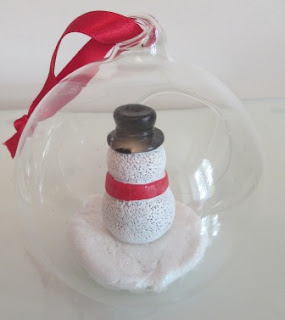 Two of these baubles already have names on, one for Bertie and one for Iris to add to their collection of Nanny made tree decorations, made and given since their very first Christmases. I hope that they will still be in their lives at Christmas long after I have gone and bring back childhood happy memories of all our times together when they were small.
Posted by Its All Fiddle Fart at Tuesday, June 18, 2019 1 comment: