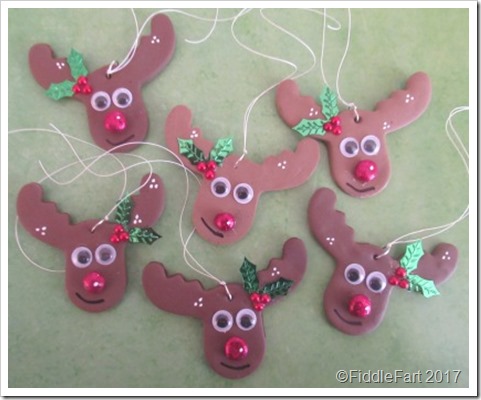 They came about after I found an unused box of about 20 metal Christmas cookie cutters in a charity shop for just £2.49.  I did hesitate and put them back once, but then I got to thinking that I have spent £1+ on cookie cutters in the past so they were a bit of a bargain, it was also the “potential” of reindeer head that did it for me. 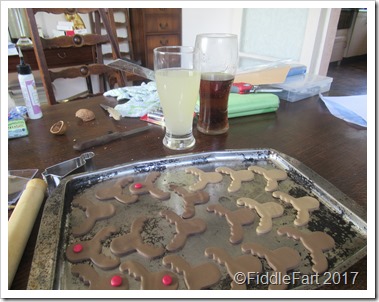 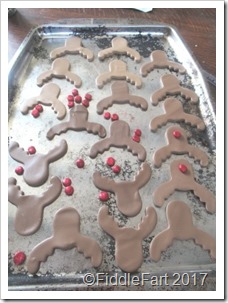 I started them off at Marc’s, as he had some spare brown fimo ……. 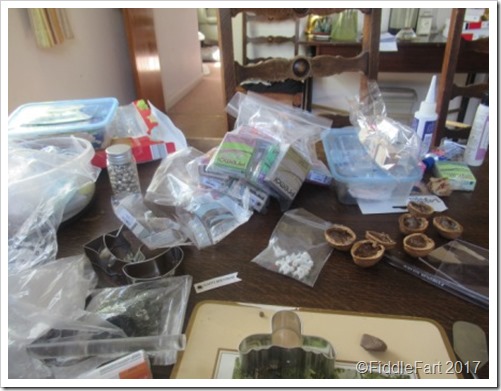 It was also Marc’s idea to roll the noses in ultra fine glitter before baking, I was dubious, but it worked, the glitter did stick .  I put a hole in the top of each head before baking so that I could add a hanging/tyingthread later.  It doesn’t show up very well in the pictures, but there are two shades of reindeers, a chocolate brown and a slightly lighter brown. 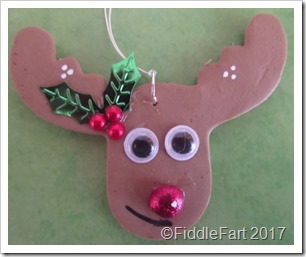 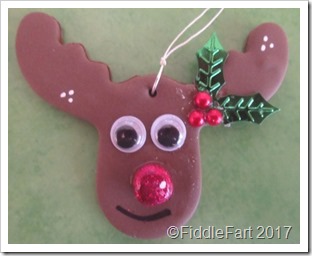 When I got home all I had to do was add the googly eyes, noses, holly confetti and tiny red flat backed pearls, plus a few white dots, using a white gel pen, which seemed to lift/brighten the reindeer faces.
I did try adding a bell and bead to the hanging/tying thread, but it didn’t really work as they proved to be a distraction that wasn’t needed.
However I intend to order some more brown fimo, as I think there is still some more mileage in the idea ….. for one I think I could put holes in each of the antlers and then add a small, dangling jingle bells to them with a jump ring. Without the holes they could also be added to craft stick or domino tags, so watch this space.
Posted by Its All Fiddle Fart at Monday, August 21, 2017 4 comments: