Aghhhhhhhh and bum, bum, bum, bum, bum  …… I was so chuffed with the Christmas picture frame sampler I posted a couple of weeks ago that I decided to trek back to the Worcester Poundland where I had got it from in order to make some more ….. lesson learned yet again, buy something when you see it in such shops as it probably won’t be there again when you go back!

Yes, they had gone, but had been replaced by frames that  appeared quite similar, but were not, in my opinion, as versatile as the original ones, having no circles or small squares and the “new” larger rectangles required a scene created in them and/or a different set of embellishments and arrangement ……. 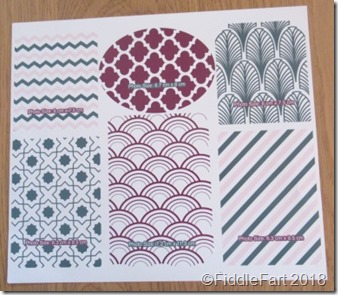 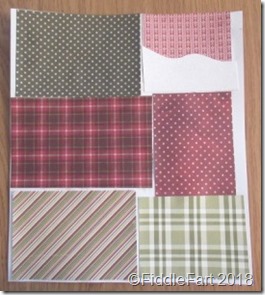 …… however, I still bought another seven of the white frames and persevered,  finding that the printed sheet inside the frame made it a lot easier to glue my own papers to instead of the precarious patchwork mess I created in the original. 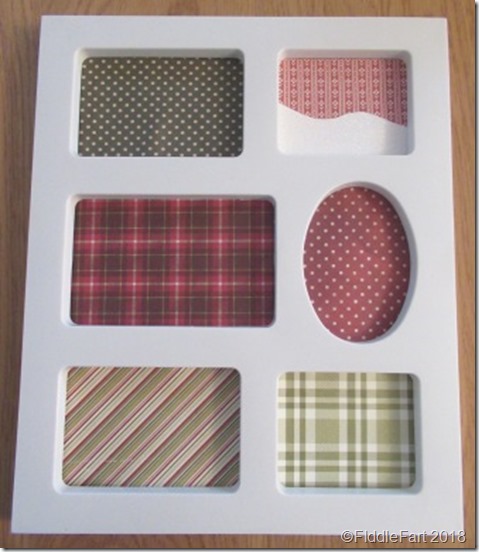 The now completed frames vary from one another slightly to accommodate the different colours of the embellishments and seasonal papers I had. 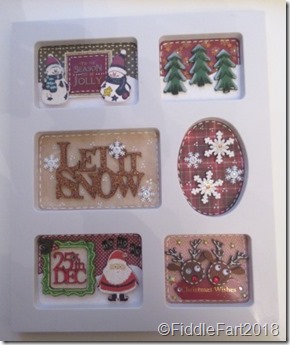 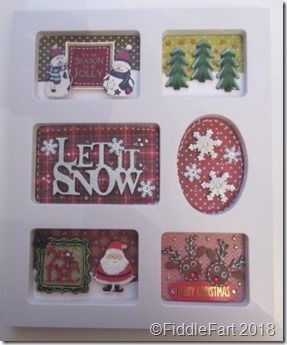 They took a lot longer to complete than the original because as I said  I felt that the larger inserts needed more than just a single holly leaf etc. to look right and so there was a lot of jiggling about with the embellishments to get them to fit and fill. 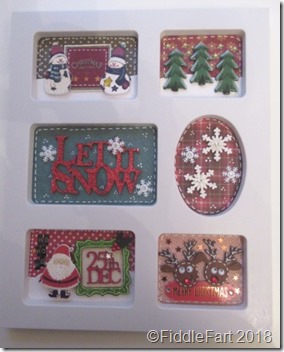 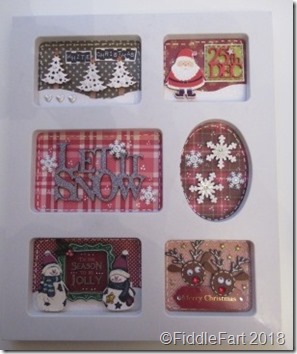 These frames will be given instead of a Christmas card to special friends and relations, but I have set myself a challenge to complete a black frame I also bought, this will be for my upstairs neighbour who’s whole flat is decorated almost entirely in black, white and grey and one of these will just not fit in to such a decor ………… 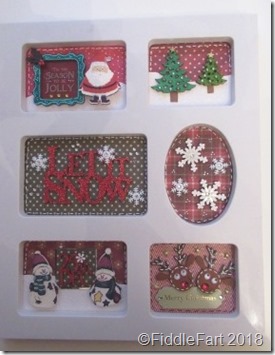 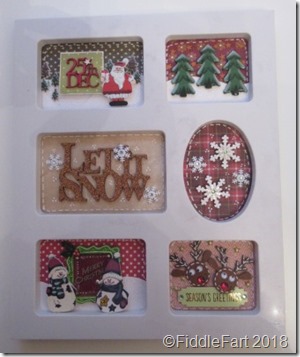 ………. doing it will probably drive me up the blooming wall, but sometimes it’s good to leave you comfort zone just now and again!
Posted by Its All Fiddle Fart at Monday, November 05, 2018 4 comments: