I saw this card kit in The Works and at £1.49 it would have been rude not to buy it and give it a try! 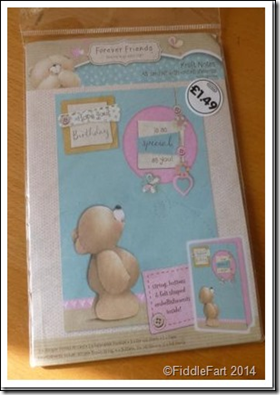 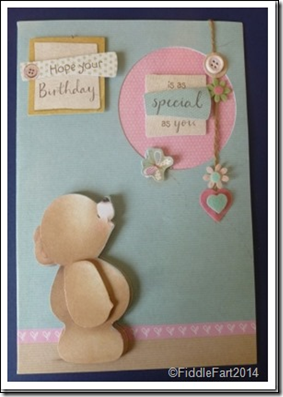 …… it turned out OK, just like on the packet, I feel the need to add something else, but just don’t have a clue what …… there’s too much blue space, but that’s me!!! It would be a brilliant kit for a child to make a “professional” looking card if they didn’t have a lot of card making paraphernalia. There was a sheet of pink background paper, three sheets of press out die cuts, including a lot of sentiments, plus some felt shapes, a length of string and about four buttons in the pack. 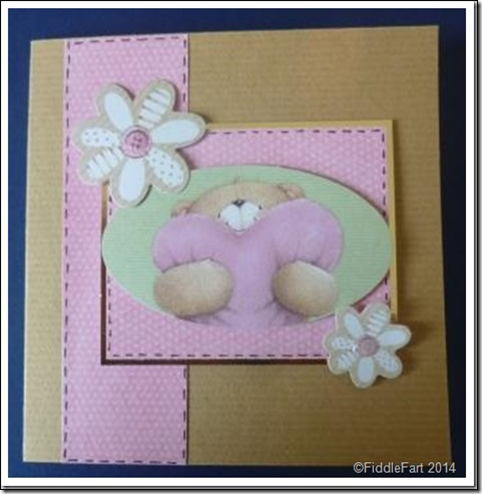 I thought I would set myself a challenge and see how many cards I could make, but to be honest, I only managed another one, as the words were a bit random, so I chucked them, but kept the picture panels, “just in case”, however, as I said before, a child would have a wonderful time for just £1.49. 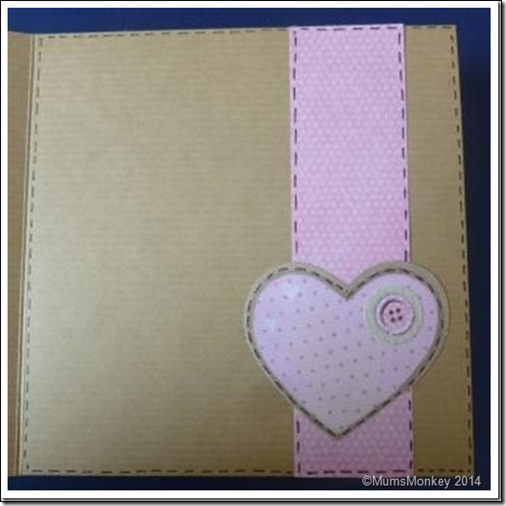 I did “decorate” the inside of the second card to use a few more bits up, something I don’t really do enough of ….. but which always a nice touch.
Posted by Its All Fiddle Fart at Monday, August 04, 2014 1 comment: