I couldn’t sleep on Saturday night, so rather than waste my time and energy tossing and turning I decided to put my restlessness to good use …… 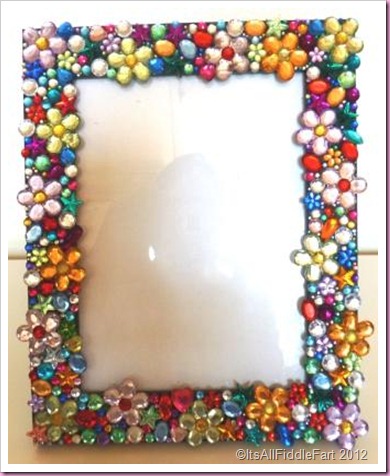 …. to put together this less is more, what do you mean bling? …. jewel encrusted photo frame! 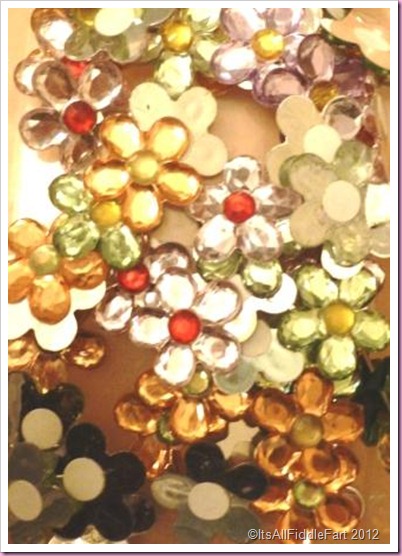 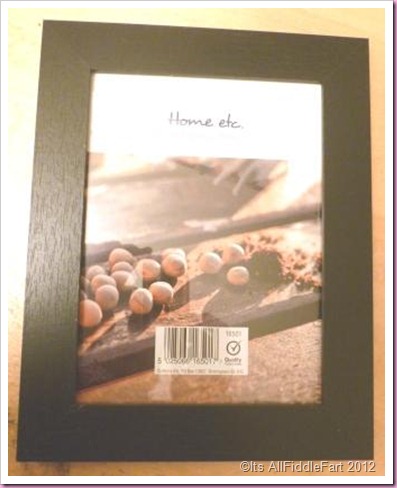 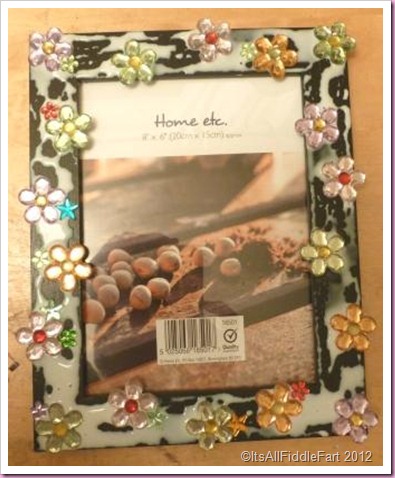 I smothered the frame with a copious amount of PVA glue and placed the large gem flowers first …. 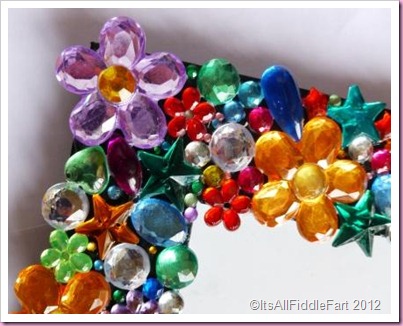 …and then slowly filled the gaps with all the other flat backed bling I have collected or been given over the years . 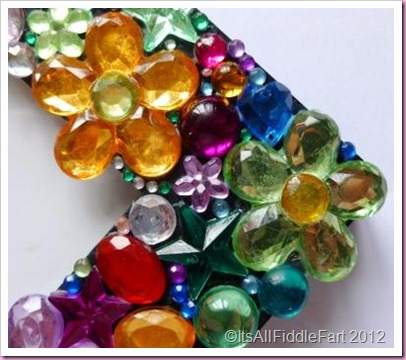 The gaps became smaller and smaller, as did the gems to fill them with …. until I became quite cross eyed!  I will now carefully wrap the frame in tissue paper to keep until Christmas, as I know just the right person to give it too! And I have another idea ….. for another sleepless night!
Posted by Its All Fiddle Fart at Monday, July 23, 2012 12 comments: