As you know I have always had a thing about 50/60's decorative convex metal mirrors, goodness only knows why. 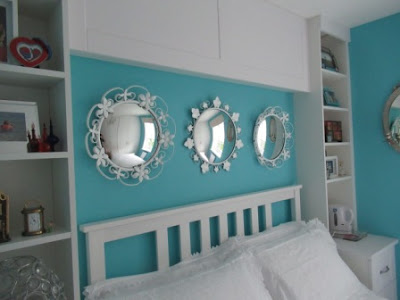 I know nothing of their history but reckon they were a cheap and cheerful Woolies sort of thing in their day, but I could be wrong???? 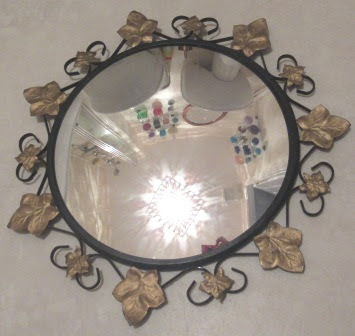 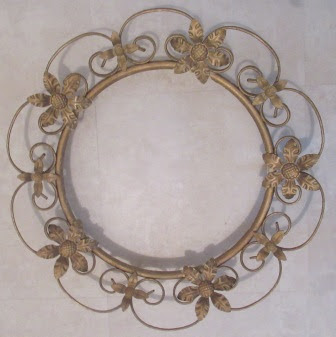 ....... quickly followed by, at the same event, by the one above for £3.50.  It was in a filthy condition, originally cream, it had been painted, very badly with some sort of gold paint, but I thought it was worth a punt at the price.  The asking price for similar mirrors on-line is way out of my league, especially when, due to their weight and size, they are generally sold as collect only, so I was a happy bunny. 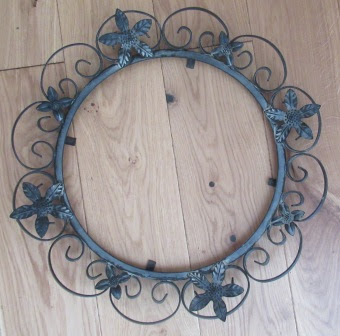 This final black mirror was another £10 from a Heart Foundation charity shop in Llandudno, in excellent condition and still a pretty reasonable price, in my head I have always said I would never go over the £12 mark, unless it was something I thought was exceptional like a multi-coloured version. 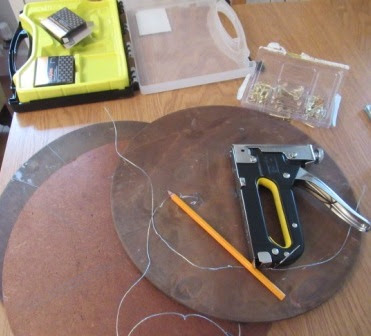 Once home, with the mirrors carefully removed from the frames, the first thing that hit me was that the chains and hanging fixings were all in different positions, therefore in order for them to hang level in a line, said fixings would have to be removed and replaced with U shaped staples, using a staple gun. I spent ages carefully measuring and prayed I have got them just about right.  Then I attached the picture hanging wire which should be pretty secure. 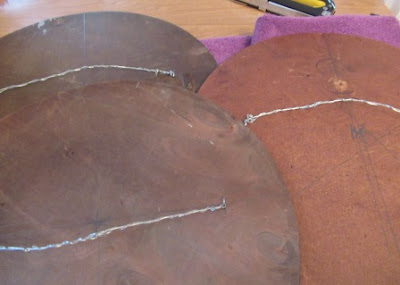 Then came the time to start spray painting them in white ....... 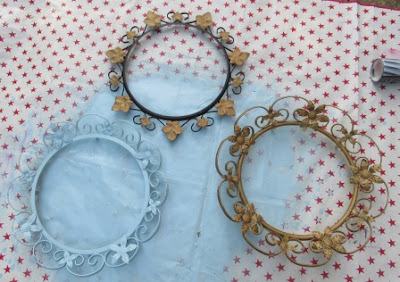 ...... this took quite a few coats, so what I saved on the actual mirrors, I spent in paint!

The mirror that was painted gold was the hardest to cover because, to start with, the spray paint simply ran off it, but I got there in the end. 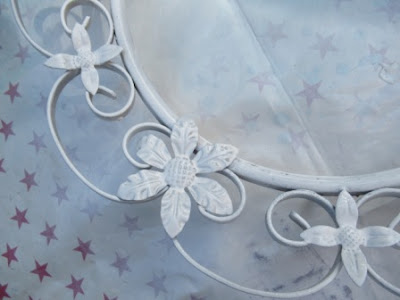 When I'd done all I could do I then had to wait awhile for Trevor, my gentleman painter to work his magic, turning a my boudoir from boring beige to a wonderful Mediterranean blue!

The boy done good ........ and within minutes of his leaving I was putting doze dem dare mirrors up. You wouldn't believe how much I'd been fretting that I wouldn't be able to get them all level and evenly placed along the wall only for the wires to snap within seconds of me hanging them. 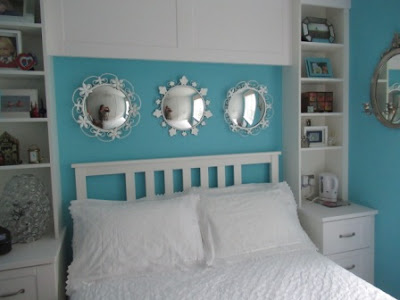 Let's just say that the wall is now peppered with one or two extra nail holes ........ BUT all told, I reckon it took me about forty minutes to get the mirrors in line ....... and I am feeling pretty chuffed.  On the bed I have new, quite fancy layered Broderie Anglaise bedding, but to be honest it all looks rather flat and uninspiring in the pictures. I think I need another three smaller cushions to add another layer and fill things out/up, I just don't know what on earth to look for ...... more Broderie Anglais?
Posted by Its All Fiddle Fart at Tuesday, October 08, 2019 3 comments: