Bum ….. my tiny toadstool fairy houses in a bottle never got as far as being given as fairing gifts or sold this Christmas,  instead they are languishing in a box! 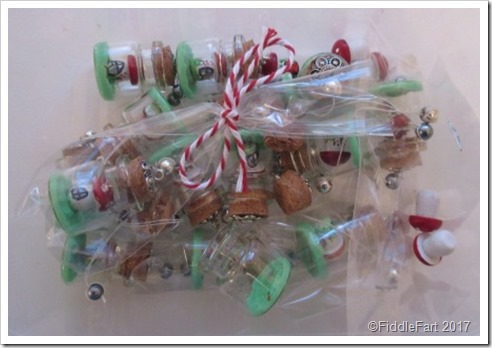 The reason for my angst? When I made them, I never thought about baking the fimo in the bottle first before adding the toadstool…….. 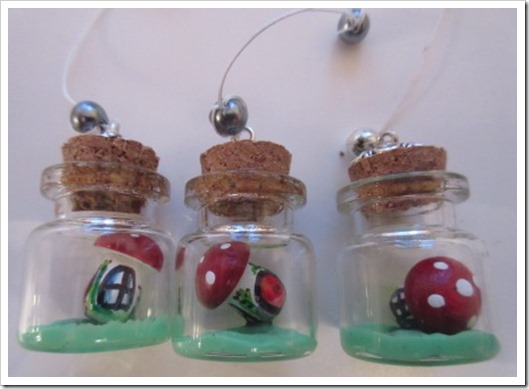 ……. I just assumed it would be alright, but unfortunately the E900 didn’t like the uncooked fimo and so never set …….. 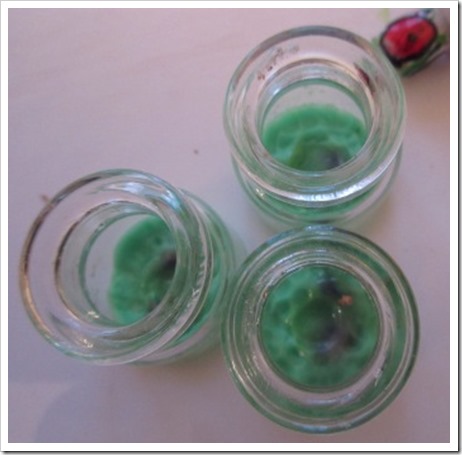 …… and eventually the little toadstool houses began to topple over!

I knew I couldn’t waste them because due to their size I paid a little more for them than I normally would and all the work I had already put in them, so by hook or by crook I have to rescue them. Then sods law, the E900 I had used to glue the cork in place had set, so very careful extraction using a crafters knife was needed to get them out.  In the end I decided to just work with three bottles until I found away to put them right.  The toadstools were duly removed and they will need a little remedial help with a Sharpie pen just to recolour the doors and green detail. 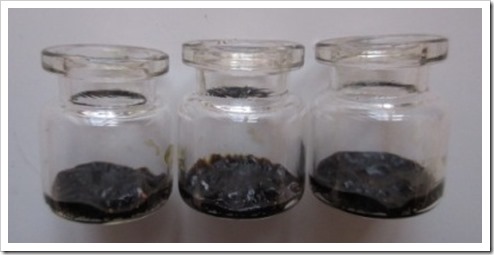 All was well, I put the bottles in the oven at a low temperature, when I took them out, they seemed OK, but me being me, decided to turn up the oven and bake them a little longer to be doubly sure ……. and forgot about them, resulting in very burnt bottoms! Aghhhhhhhhh
Thank goodness I only did three. But all is not lost, I hope, if I can find some tiny plastic insects/spiders or even a silver charm or two I may be able to turn them into Halloween bottles, but finding the insects/spiders might take time, so if anyone else has any other bright ideas?
Posted by Its All Fiddle Fart at Tuesday, January 17, 2017 4 comments: