As promised yesterday …… the great unveil …….. 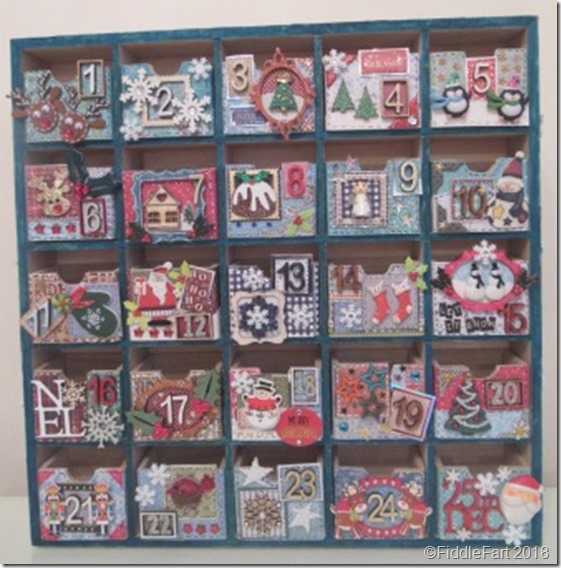 I was a bit wary of colouring the drawer dividers in blue, wondering if it would look too much and worrying that my Sharpie pen might run out half way through …… 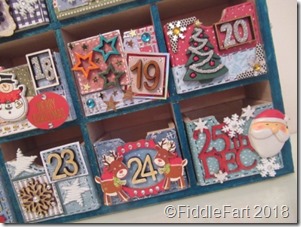 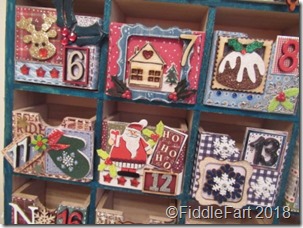 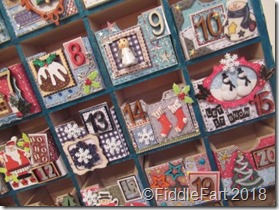 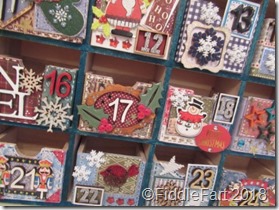 I covered the sides and top with scraps of blue papers with a touch of red here and there, going round them with faux stitching. 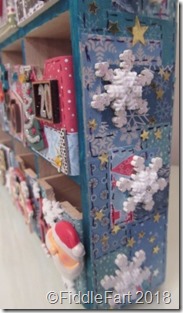 I glittered sixteen wooden snowflakes, putting a smaller, plastic ones in the middle. Eight snowflakes were then equally spaced down each side of the drawers, along with a scattering of small gold stars. 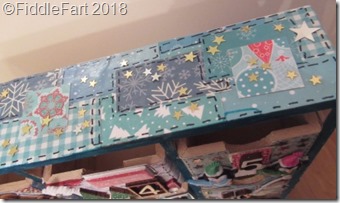 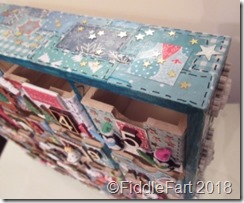 I did the same to the top, but without the snowflakes, which would give the opportunity to balance something else on if you fancied. 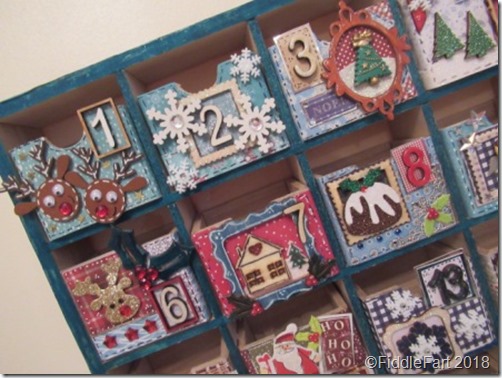 This Advent calendar isn’t probably not going anywhere until next year, but before it is bubble wrapped and safely put away I think I will give the top, sides and dividers a couple of  coats of varnish just to seal them a little bit more.
I have another two sets of drawers in the cupboard waiting to be done, so I think my Advent Drawer Tuesday posts are set to continue in 2019.
Posted by Its All Fiddle Fart at Sunday, December 09, 2018 4 comments: