This idea was originally going to be a Christmas card, but then I got side tracked by other bits and pieces I found in my boxes ……….. 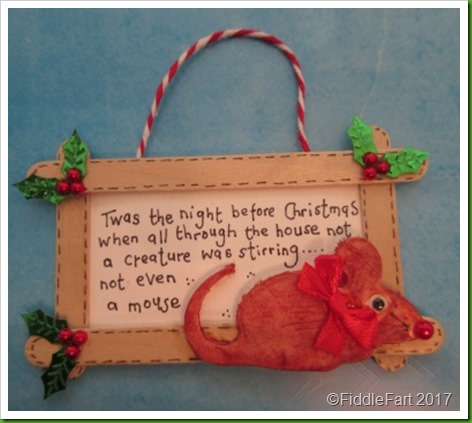 …… but after four years I finally say that I have to used the Martha Stewart Crafters Clay I bought in Michael’s in Las Vegas! 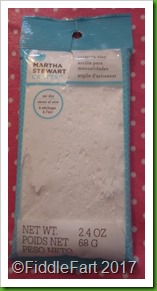 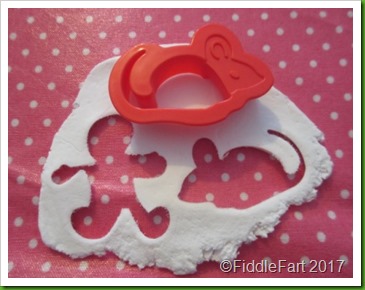 I was crafting with Iris, and we went halves on the clay, she wanted to make gingerbread men and when I had a mooch through her cutters I decided that I would make some mice, thinking I could make a card along the lines of Twas the Night Before Christmas …….. 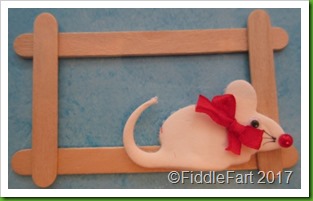 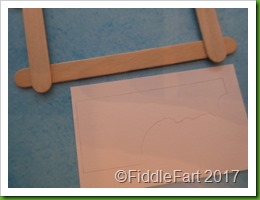 The clay was very, very light and I think is made from some sort of paper product(?). I started with the mouse, adding a nose, and eye, whiskers and ribbon. I had a card blank ready, but then  I found some craft stick frames I had made a while ago and got to thinking …….. 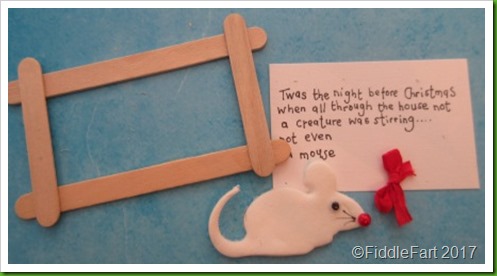 I roughly fitted things together and worked out the area where I needed to hand write the first line of the poem so that the mouse fitted neatly over it. 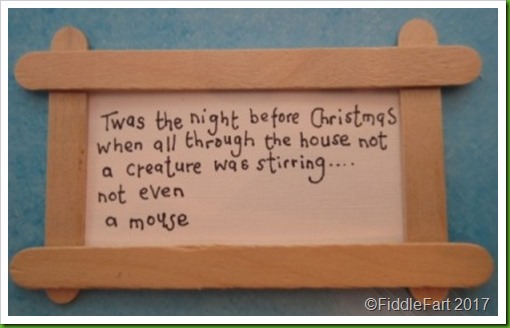 Once happy, I glued the paper behind the frame. 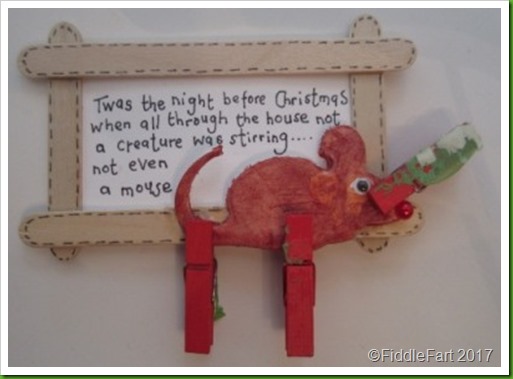 I edged the frame with faux stitching using a black fine liner pen. Deciding that the mouse didn’t look right left white, he took on a completely different character when I coloured him  using a brown Promarker pen.  I then glued him onto the frame, holding him in place with a few small pegs while the glue dried. 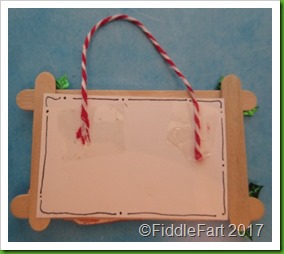 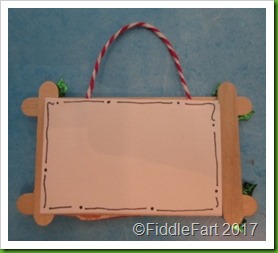 I used red bakers twine to hang the decoration by, covering the ends over with a scrap of white card and edging again with a black fine liner pen. 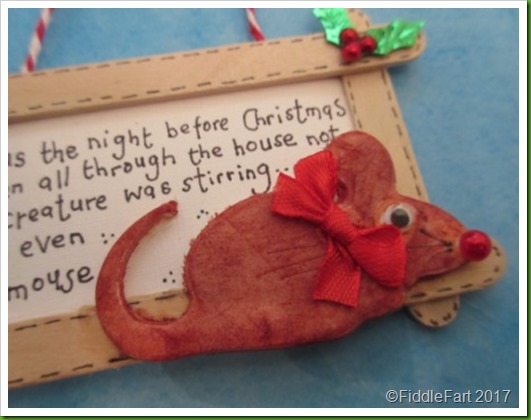 The finishing touches, to add a little more colour and extra Christmassy flavour, were made by adding holly leaf confetti and red flat back pearls in three corners of the plaque.  I am so thrilled with how it turned out, considering it was meant to be a card ………
Posted by Its All Fiddle Fart at Monday, July 17, 2017 5 comments: