What’s A Girl To Do?

The mug I always use for my morning coffee says it all ………. 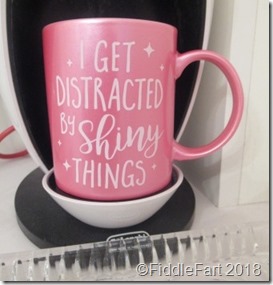 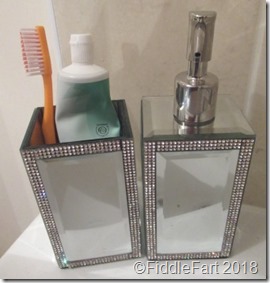 I had thought my little flat was almost done, although one or two things had been mithering me like the mirror in my lounge …… I knew I wanted to go bigger with perhaps a change in style, but I just never saw anything I liked until ……….. 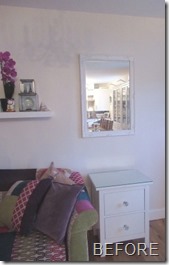 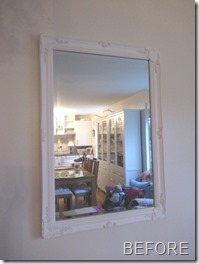 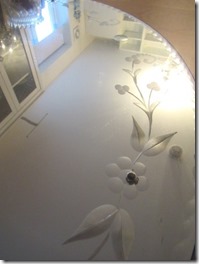 …….. the other week when I was in town just to buy stamps and exchange my unused dollars back into pounds  ……. when there it, well, rather they were ……. in the Georgian House in Evesham ……… 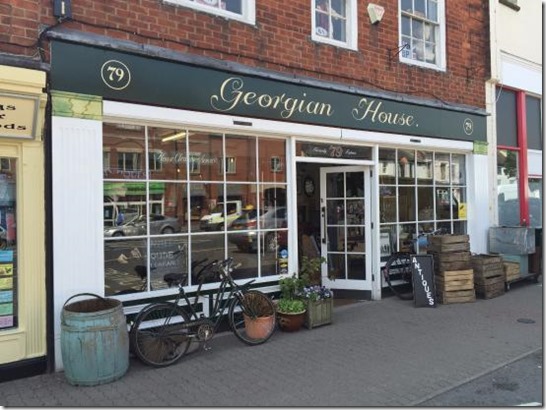 What’s a girl to do? …….  a stunning, very large, circular bevelled edged and etched mirror was just £10, I didn’t need to think twice, it was mine, for the princely sum of £10. 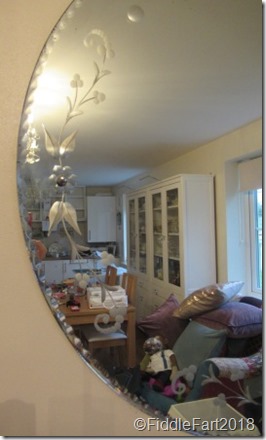 I didn’t really consider it’s weight, and there was some doubt when it came to actually hanging it as to whether it might be a bit heavy, but after a tense half hour or so, it was safely attached to the wall using four mirror screws. via the holes that formed the centre of the flowers. It’s perfect, and when the light hits the bevelled edge it’s almost magical. I don’t think my picture,really does it justice …… neither does the untidy reflection, but I was in the middle of a major spring clean and in a hurry. 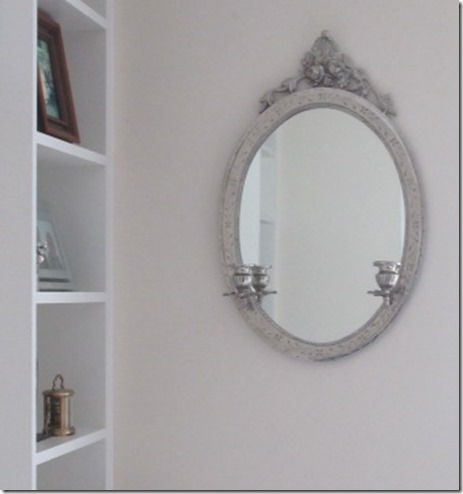 And, erm …….. there was a second mirror …… marked at £35, but which managed to get down to £30.  It’s also quite heavy, but was a lot easier to hang in my bedroom than the other.  I just couldn’t resist it, to find a mirror with candelabra, OMG, so Beauty and the Beast!!!!!  I don’t think there’s much age to it, but it’s the final finishing touch the room needed.
I am also having yet another re-think about my spare/guest/craft storage room …….. heaven help me, and I have Mr Pete my carpenter coming over sometime this week to look at my plan and give me the yeah or neigh  ……. so watch this space.