My Mums Monkey Christmas Cards for 2018

I hate to leave making these cards too late as they almost always prove to be more time consuming than I first anticipated, mainly due to my constant fiddle farting, adding more and more detail,  but this year they were relatively quick to put together, it was just coming up with a theme that first flummoxed me. 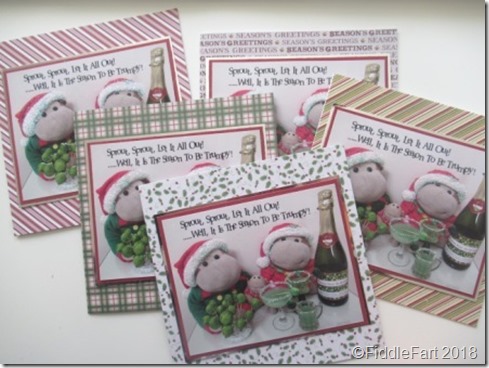 I wracked my brain for previous themes from years past but just drew a blank. Thank goodness for Pinterest which gave me the idea for sprouts and then my mind ran riot. 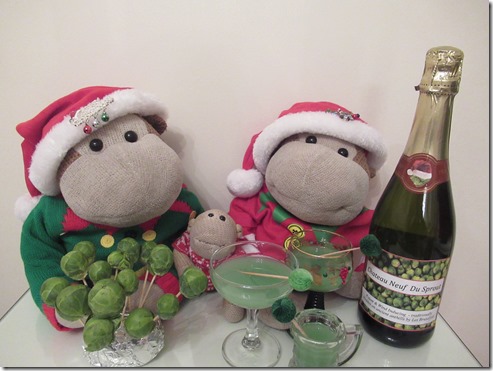 A photo shoot was then called including cocktail sprouts on sticks and a bottle of Chateau Neuf de Sprout – “Potent and Wind Inducing – traditionally trodden on ancient anthills by Les Bruxellois”! 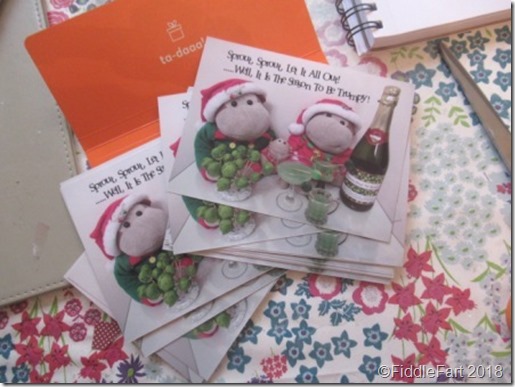 Before ordering a whole set of the same picture from Bonus Print I added the text  in Publisher using SNF Felicity Font (The Silhouette Design Store) and then saved in jpeg form, hopefully to save time when making the cards. 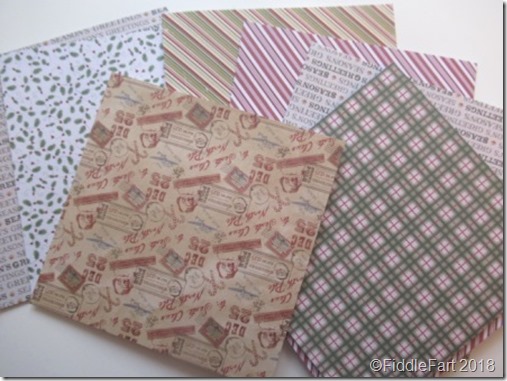 Also to save time and use up existing materials I found a pack of printed blank cards I got from The Works last year. All the patterns seemed to go pretty well with the picture. 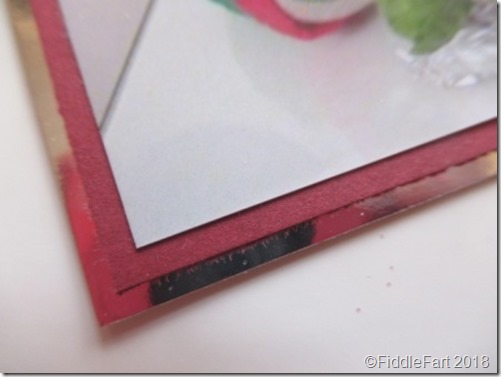 I began by matting and layering the picture. first on red and then silver mirror card. 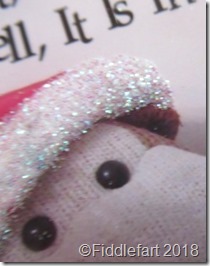 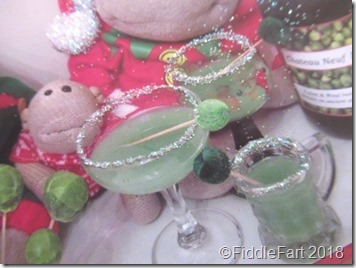 Swiftly followed by a liberal sprinkling of  translucent micro glitter on the fur on the hats and round the edges of the cocktail glasses ……. 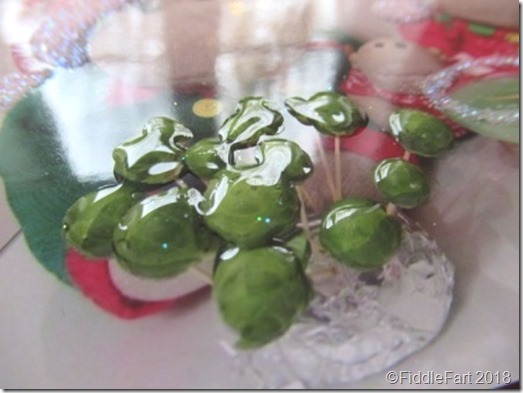 …… and then, some Ranger Glossy Accents on the sprouts for even more texture …… so over the top! 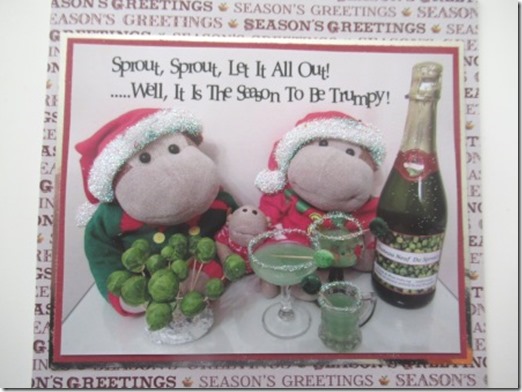 So that’s The Boyz done for another year.  However, in my Pinterest search I found another idea which will be perfect for next year (if we are all still going), so I will get the pictures shot and in the bag while everyone is still in their festive garb and The Towers is looking suitably festive!  What am I like?
Posted by Its All Fiddle Fart at Monday, December 17, 2018 3 comments: