One old drawer and four more new ones today.
I told you I would come back to the angel advent drawer below ……. 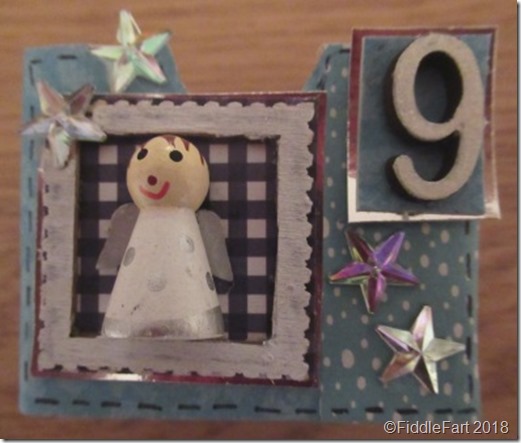 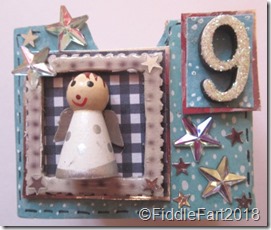 Nothing too dramatic, I just glittered the number, added Ranger Glossy Accents to the frame with a few dots and silver stars and a smattering of more small stars on the body of the drawer, however I think it’s made quite a difference. 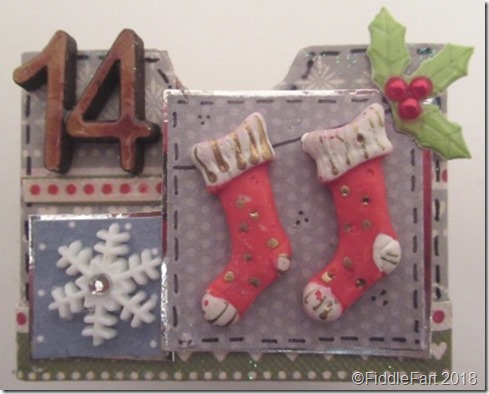 It’s surprising but after all this work my box of Christmassy bits and pieces doesn’t seem to have gone down any …… in fact I think it’s breeding! 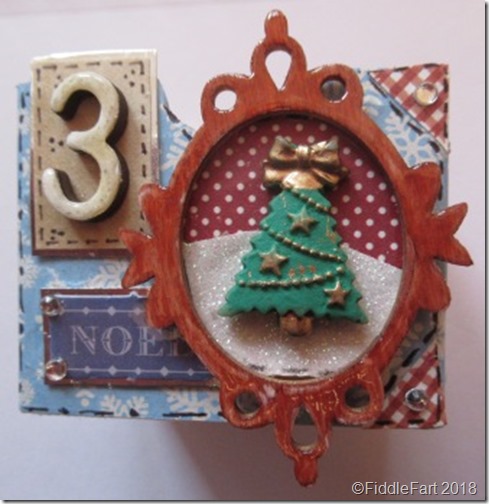 I was talking to Marc the other day and I said I didn’t think I will do anything with these calendars this year, I’ll just wrap them up and keep them, but as I have another two sets in the cupboard to do I will continue working on the idea during the coming year, buy a few more when there are any good offers on and then in October, November open an Etsy shop. Well that’s the idea at this early stage. 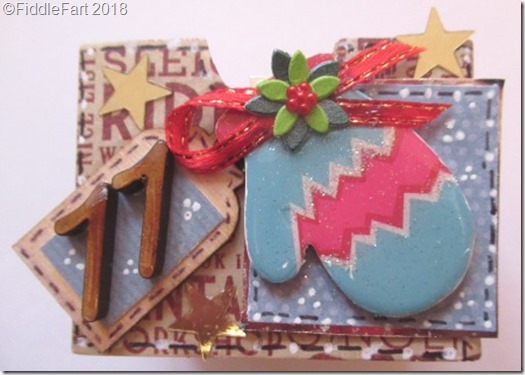 Marc knows me well, especially the fact that I don’t have the patience to repeat an idea too many times, however if the above is going to be a goer I have already found that it is much quicker and easier to copy an already made drawer rather than spend an awful long time coming up a whole new design. 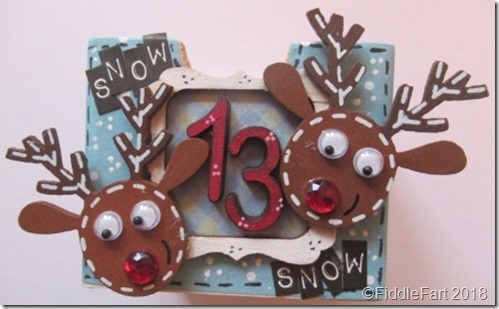 So that is what I am also going to do, but when I have more time will come up with a few new ideas in different colours ways so I don’t go too cross eyed.
If anyone sees any small wooden frames similar to the ones I have used could you give me a heads up.  I think the original ones came from The Works.  I did find and order some frames from e-bay that I have used but they are a little too big to put more than one on each row of drawers.
Posted by Its All Fiddle Fart at Tuesday, November 20, 2018 2 comments: