The idea for this simple necklace is not mine, it was inspired by a tutorial I found on Pinterest. Sometimes I want to play, but feel a little lost, especially as I only started using oven bake clay seriously in the run up to Christmas. so having something to follow helps me over the initial hesitant stage and then I can develop and run with the idea if I am happy with the initial results.
http://crafts.tutsplus.com/tutorials/make-your-own-colourful-polymer-clay-necklaces--craft-8943 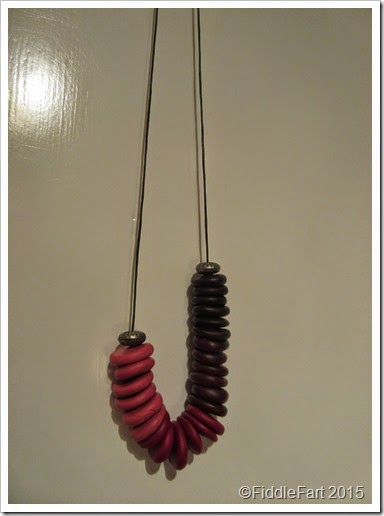 I used some of the Premo! Sculpey clay that Marc gave me a while back and thought I might also add a couple of metal beads from a deconstructed charity shop find, found when Marc was with me in the summer. 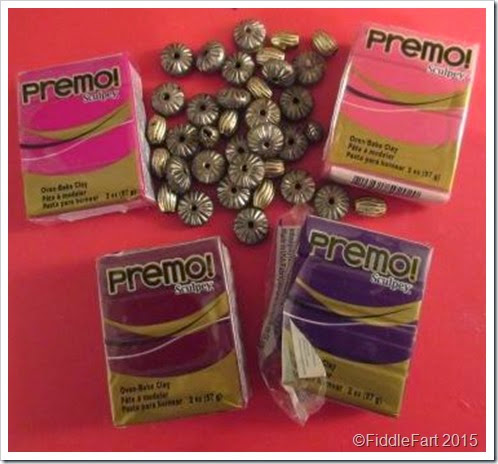 Admittedly,  I made the beads really, really quickly, so they vary and the finish is far from perfect, but if I was being arty farty I would say that they were …… erm …. organic!!!!!!!

I also think I may have baked them for a little too long as the colours darkened quite considerably …… but I was only experimenting!!! 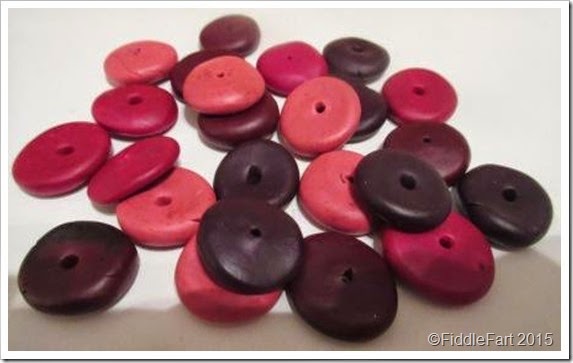 All I did then was to thread the hardened beads onto a length of leather cord.  I did try a metal bead  between each separate colour, but it didn’t look right, so I settled for just one at each end. 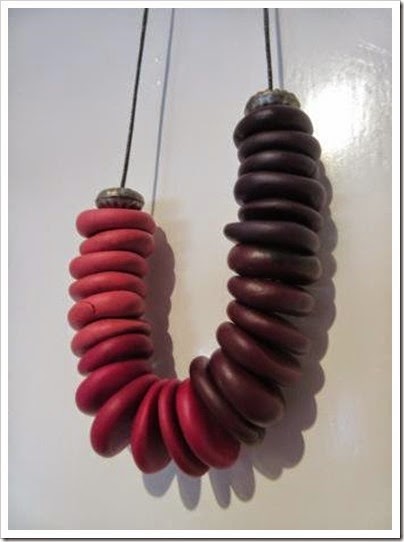 I could tidy up this idea a lot …… if I wanted to make another necklace.  However, the beads might reappear once I have worn it a few times, in a new guise somewhere along the line, perhaps as part of hanging decoration ….. hmmmmmmmm!
Posted by Its All Fiddle Fart at Monday, February 02, 2015 6 comments: