Rose Heart To Give To A Bride On Her Wedding Day

Again, following on from last weeks post, I knew that Bertie and Iris would want to have their own hearts to give Amanda on her wedding. Ideally for the sake of peace they would have been identical, but really they had to be different and then we could stand back and see which heart the little darlings would choose to give (I just hope it isn’t the same one!) 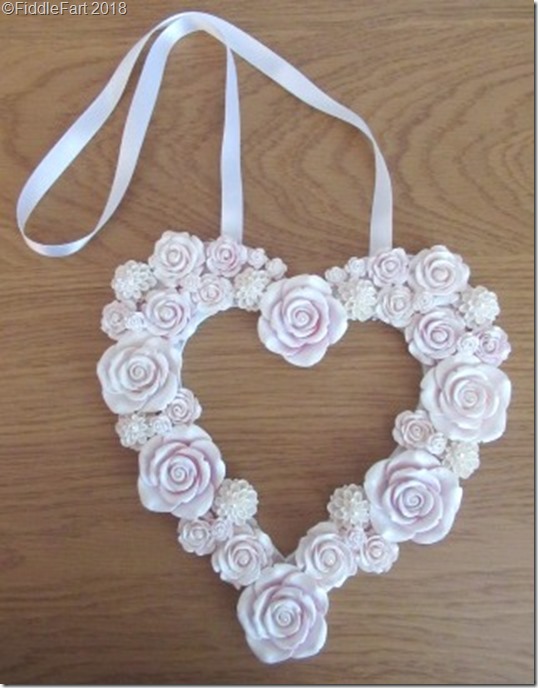 Using the same MDF heart base as per the last two I used E6000 to glue rose and cream glitter resin/plastic flower embellishments from The Works. 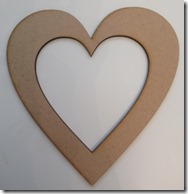 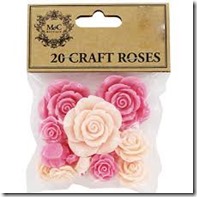 +
When all was stuck down it became blatantly apparent to me that the garish pink roses in particular would not be at all to the brides taste ……… aghhhhhhhhh ……. 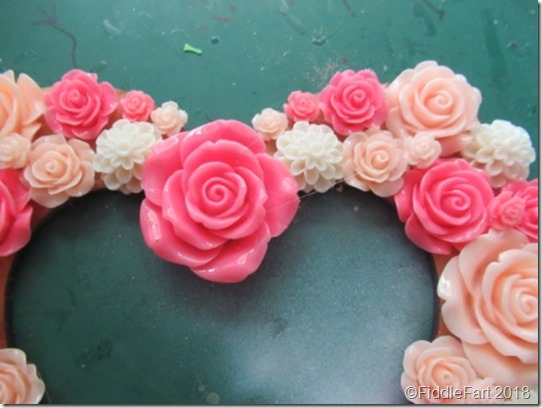 Then I remembered a can on cream spray paint I have had squirrelled away for a million years, dare I even think of spraying what had taken me at least an hour or so to put together, believe me there was much wringing of hands ……. 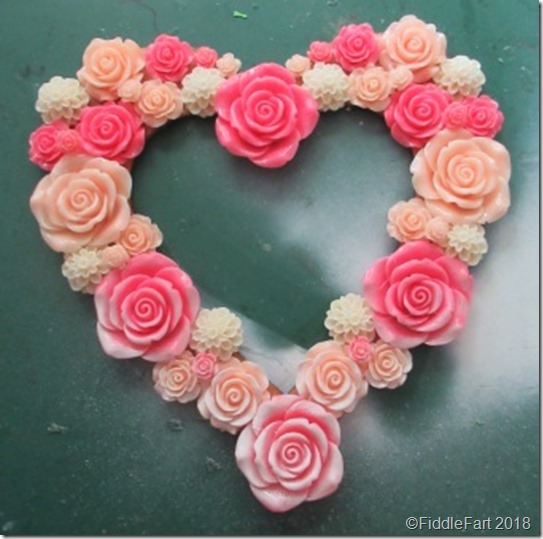 ……. before I dared and with the first tentative spray I knew that there was no turning back, however the effect turned out to be pretty pleasing as with each layer of paint the vivid pink became more and more muted, until I told myself to stop, before the subtle effect was lost under too many layers, less is more! 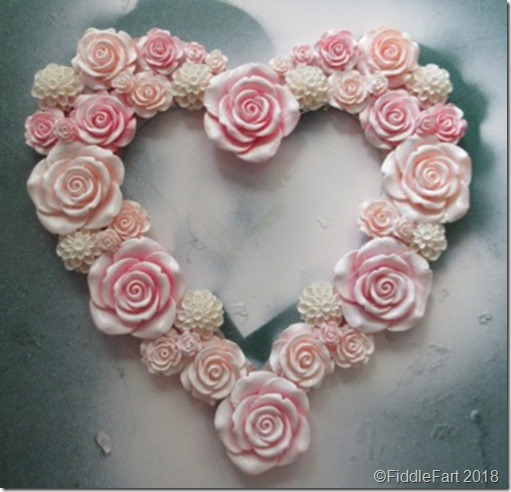 From there the best thing to do was to let it dry out properly overnight and see if my reaction was still as favourable in the morning. 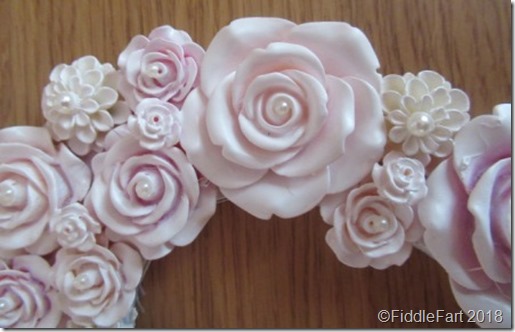 Fortunately it was, and after a little more thought I decided not to over egg the pudding, all the heart needed was a tiny pearl in the centre of the resin flowers and larger roses and then add a ribbon for the bride to hold.  The only thing I wish I could have tried was a little perfect pearls rubbed over the petals, but sadly the collection I used to have didn’t make it in the crafty cull I had to have when I moved because I didn’t really use them that much, sod’s law!!! 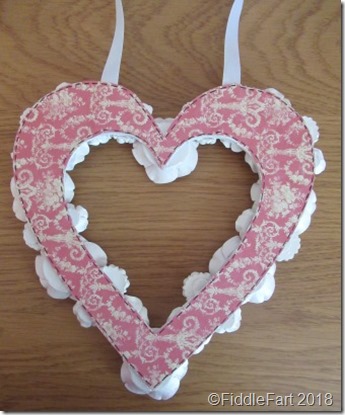 The ends of the ribbon were hidden on the back using a piece of contrasting paper which  I faux stitched round the edges of with a black fine liner pen to finish the whole project off.
This wasn’t a cheap project, using £6 worth of embellishments, but I think it is pretty unique and a change from the usual good luck horseshoe.
Posted by Its All Fiddle Fart at Monday, September 24, 2018 5 comments: