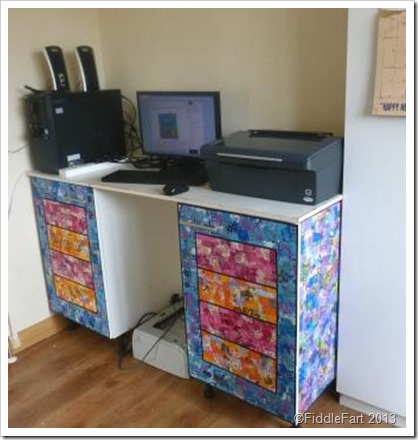 With two weeks off for Easter, and one week gone already,  I decided that yesterday I should really pull my thumb out and tackle one of the “big” jobs that I’ve had in my head since Christmas,  but as of yet not got round to …… 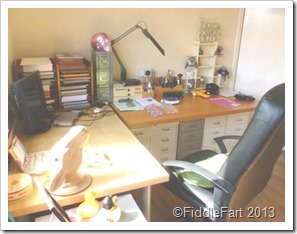 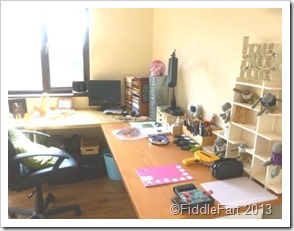 I’d had my craftroom papered and painted back in January  and I had rearranged the desks/worktops, but I hated it …. I felt very enclosed and never comfortable or “at home”  so last Friday I decided to rearrange it all again! ….. To be honest I could have cried ….. nothing went right ….. partly because the legs on my Ikea desks decided that they no longer wanted to stay screwed securely to the tops ……. and as I failed to clear the room properly …… it all became a terrible car crash …… if the Duke had been here he’d have sorted it all out for me …… but as he wasn’t,  I knew I HAD to sort it out come what may !!!!! 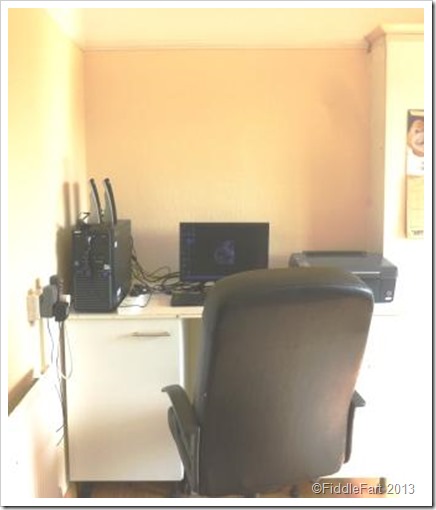 After several hours I managed it …. and love the way it’s now set up…. the biggest change was moving my computer and printers into the corner, where my shelves used to be ….. the worktop was just an “empty” space, where I would pile things up when I couldn’t be bothered to put them away. 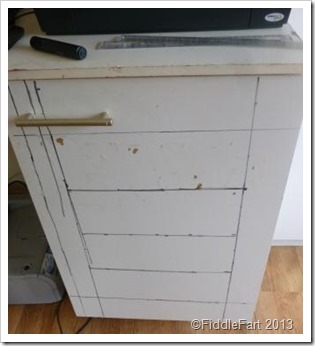 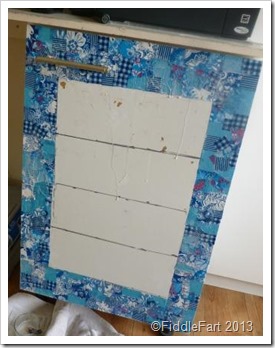 The cupboard doors were old and tired, and well past their best but I really don’t want to replace them just yet, as they now store all the boxes that used to be on the shelves ……. 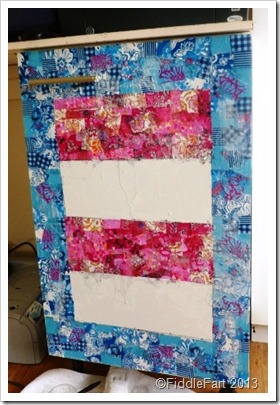 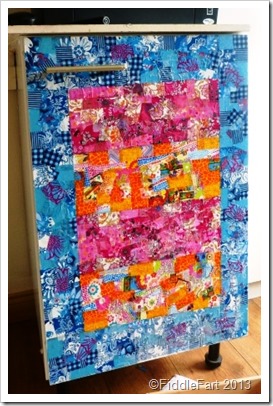 ….. so I decided ….. aghhhh, to Decopatch them, I must have been out of my tiny mind! As you can see from the first couple of pictures the room was devoid of any colour other than magnolia  and it really didn’t look like anything creative ever went on in there, there was no personality … The die was cast and I started by dividing  the cupboard doors into sections for different colour combinations ….. trying, in a way,  to copy the Kars furniture I love so much. 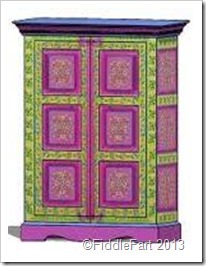 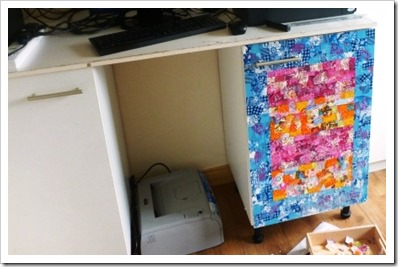 Once both doors were covered, they needed something to define each section ….. and I remembered some old Letraset Letralines, that my sister gave me years ago … 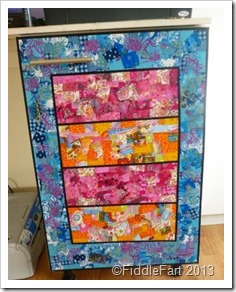 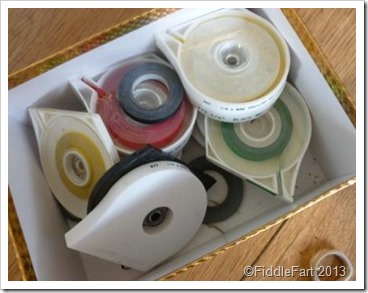 …… which gave me just the definition I wanted. I am now wondering if I should add some faux gold handles to give the impression of drawers,  I probably will, when I see the right sort of thing.  Looking at it the whole effect looks rather Chinesey. 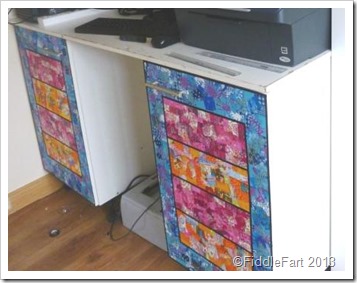 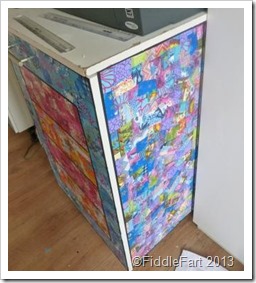 …. But I couldn’t leave it there could I? ……I then decided that the side of the cupboard needed the same treatment …….. 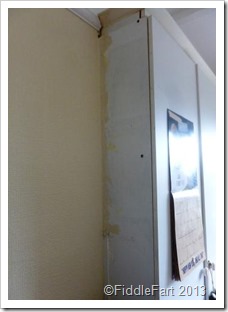 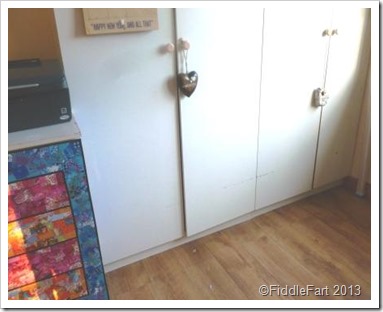 ….. and now I am about to start the side of the wardrobe/computer area as it’s also in a pretty dire state ……. and then I am thinking that if I Decopatch the bottom 9ins of the wardrobe doors (stuffed with crafting stuff) it will not only hid all the scuff marks, it will also draw the eye across the room and balance it …….. and then I could just do something with the worktops and then, and then …. oh dear what have I started?? The next big job in the next few days really ought to be several good coats of varnish …………….. so watch this space!
Posted by Its All Fiddle Fart at Friday, April 05, 2013 12 comments: