Time In London With Marc ………

My apologies if comments were not published during the week, I’ve been in London with Marc and his computer is not geared up to give me access to Blogger ……. so if your comments are not published within a few hours you’ll know that I am probably on a jolly!!   It would be nice to have comments posted automatically, but if I did every comment box would be overrun by some very unsavoury links!!!!
On this visit, though we talked crafting almost none stop, bouncing ideas, Marc and I didn’t do an awful lot of crafting …. though Marc did spend quite a bit of time fitting jump rings to one of my future Christmas ideas …… while I was lounging in bed one morning ……… 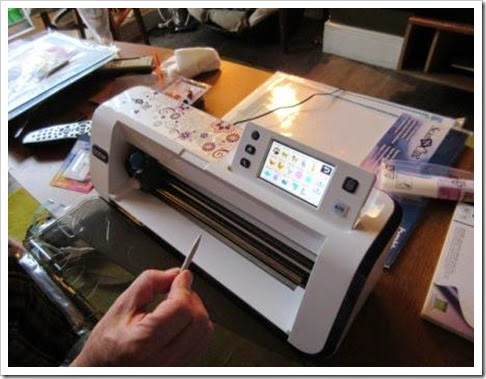 However ……. saying that, Marc has made a very considered purchase, I knew he would, as he hasn’t stopped talking about it since it was launched  …… tah dah ….. Marc has finally got himself a Brother ScanNCut, so that’s what we played with one morning. It was the first time Marc had got it out, but it didn’t take him long to get the basics. 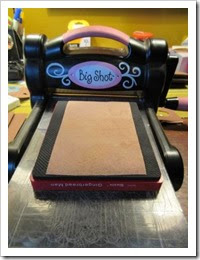 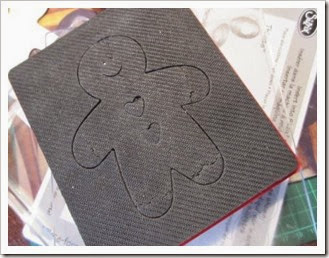 ……and I had a little challenge for him! I have finally managed to get my hands on the Sizzix gingerbread man die I have wanted for years (from eBay), and I was planning on cutting out and sewing a few gingerbread men for Christmas, but didn’t really want a face on each side …… and as the ScanNCut cuts felt, I challenged Marc to make a template for me that would cut out plain backs for said gingerbread men …… 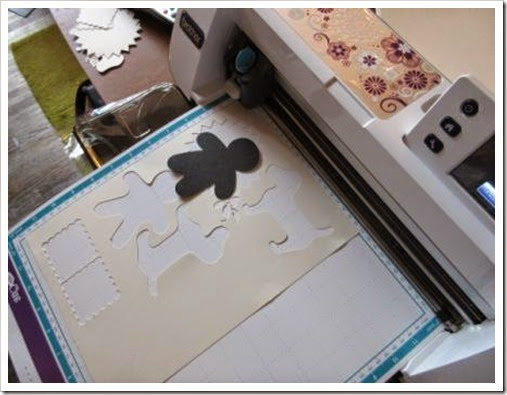 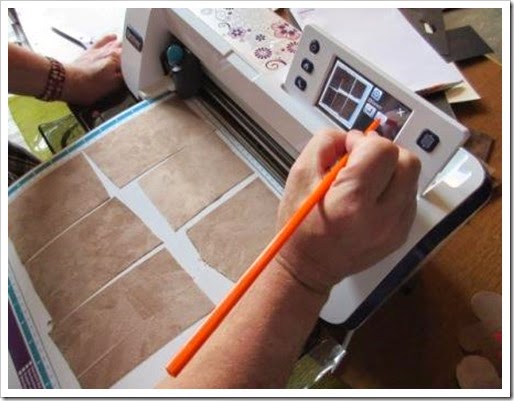 ….. further experimenting by cutting them out using faux suede strips that used to be his window blinds!!! 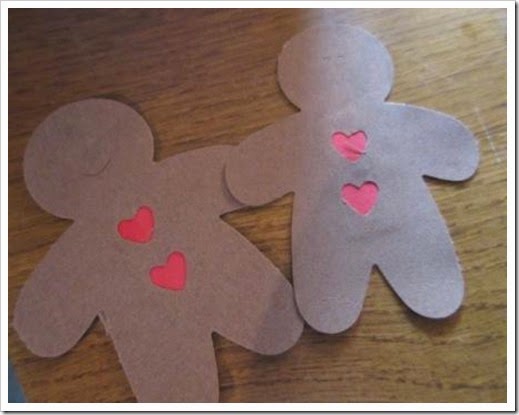 So two happy people …… I can now have my gingerbread men with plain backs if I want to go all 3D and Marc being extremely pleased with his new toy, so expect to see a couple of projects after my other visits in the future.
Marc and I were out and about quite a bit, especially in the charity shops of Notting Hill and Battersea, which believe me, you just can’t compare to those of Wolverhampton, an Armani jacket for £5, I don’t think so!!! 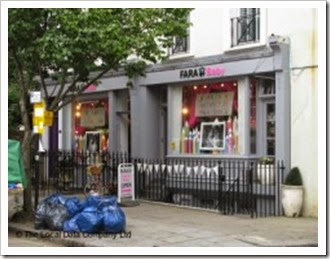 We popped into FARA-Kids/FARA Baby in Notting Hill (Ledbury Road, Notting Hill, London, W11 2AA), where I found a couple of bargain pairs of Kricket denim dungarees for Iris, that normally I would never have been able to afford, for just £3.50 a pair ….. plus a couple of Fiesta hand puppets, now set aside for Christmas, which, when I found out their real price nearly passed out. Needless to say whenever I visit Marc from now on I firmly intend to take myself off for half an hour or so to go mooching.
https://www.facebook.com/pages/Fara-Kids-Notting-Hill/18682049804989839-41
In another charity shop in Battersea I managed to find a whole pile of Tulip texture paints for 80p a tube …. I have an idea how I will use them, but I need to have a play first! 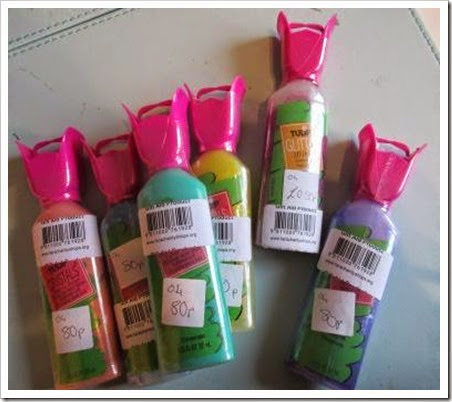 I also found a very rustic cutlery tray which Marc pointed out would make a lovely set of shelves, when turned around, either to hang inside or outside my garden shed ….. and filled with small terracotta pots and garden curios, like the little gnome we found for 30p, which I forgot to bring back with me …….. 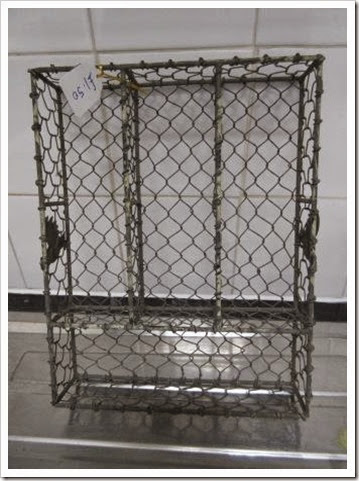 Talking of gardens we also visited Battersea Flower Station, which is my most favourite garden centre in all the world.
http://www.batterseaflowerstation.co.uk/ 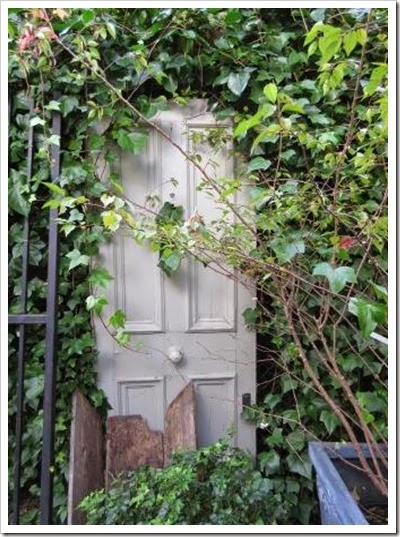 ……. there was so much inspiration for my garden for next spring …… I just wish I had taken a few more pictures that didn’t include certain monkeys ….. 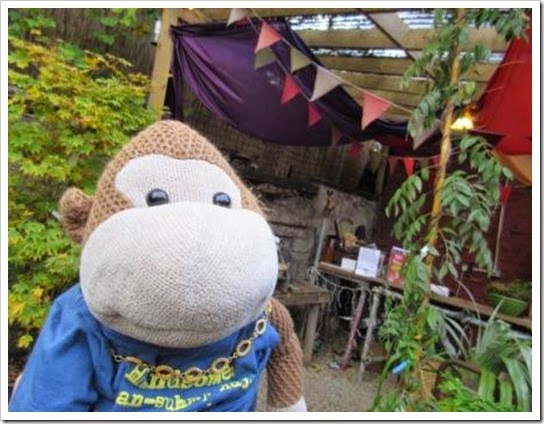 …… but the ideas are still in my head! 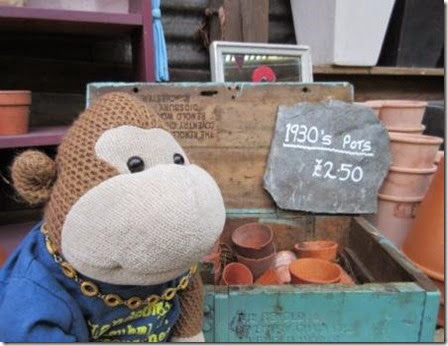 We also went to see the poppies at the Tower of London, the light was fading as we arrived ……. 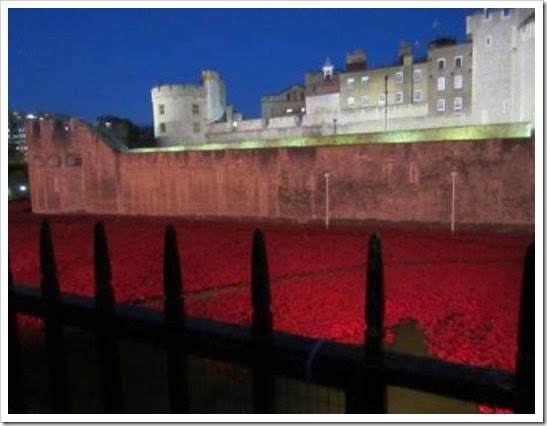 …… but I think that it gave it a completely different atmosphere to that of the day. 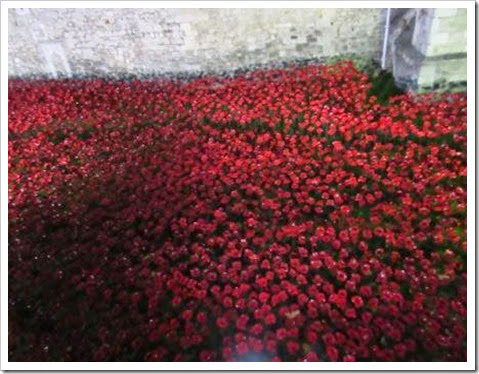 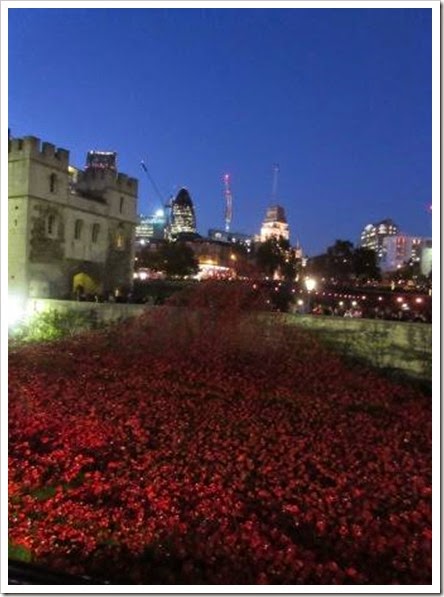 …….. all those blood red poppies, each representing a life lost and never fulfilled ….. and all those hearts broken 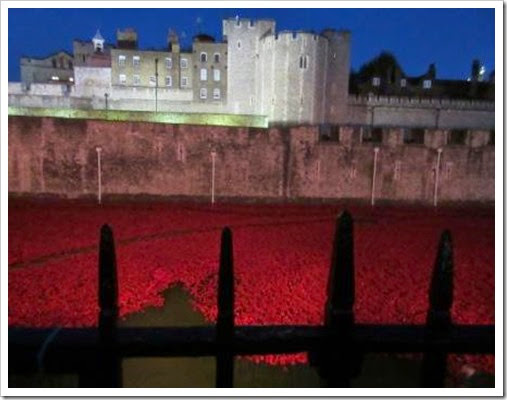 And now within days of my returning home I will be back in London next weekend …… as part of a living window display at W.E. Interiors, I don’t have too many details at the moment …… BUT, if you are planning on going to the Battersea Fireworks on Saturday 8th November the chances are you will pass by the shop ……. and who knows who you might see!!!!!!!
557-561 Battersea Park Road, London https://www.facebook.com/weinteriors
Posted by Its All Fiddle Fart at Saturday, November 01, 2014 4 comments: