You can tell it’s that period between Christmas and New Year, I have no crafts to show you, so I am desperately trying to fill a few posts to cover it!
Over the past few weeks I have told you the story of how my flat has come together over the past six months, now I thought I would bore you even more with the minutiae of what I have actually put in my cupboards! 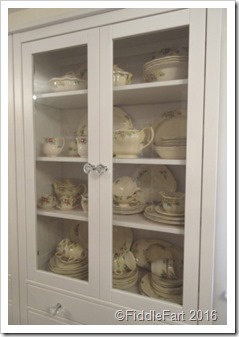 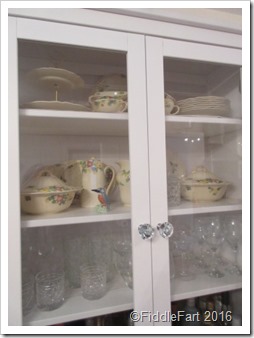 Once The Castle was sold I made the decision that I wouldn’t take any of my day to day Ikea tableware with me, instead I offered it all to Lu, as she was moving at the same time with virtually nothing and it was gratefully accepted,  however there was a rhyme and reason to my madness. 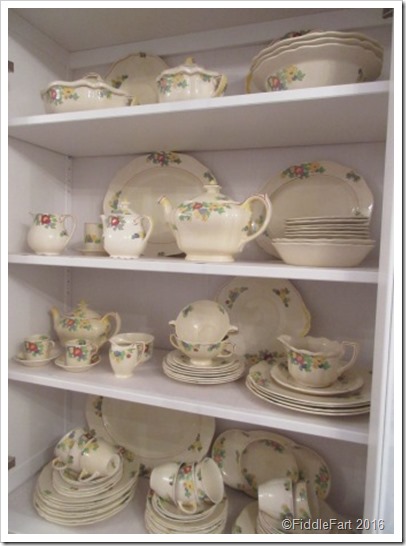 About ten or so years ago my Mother In Law gave me what was left of her “old” tableware.  It’s Royal Doulton, Minden design, Art Deco and dates back to the 1930’s. I had always loved it as the pattern reminded me of Mabel Lucie Attwell for some reason, but Shelia hated it!  She had inherited it from her family when she was a young housewife and dreamed of having a modern 50’s/60s design, but found herself stuck with old fashioned Royal Doulton, and so did her level best to break it, in the hope of one day eventually “needing” that new set!!! 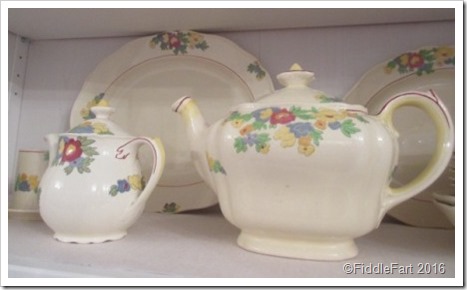 That day came, and what was left was put in the back of the cupboard, not to see the light of day again until I came along.  When she asked if I would like it, there was no way I was going to say no, but though I loved it, I was frightened to use it, so it only came out for Christmas Day!!!! 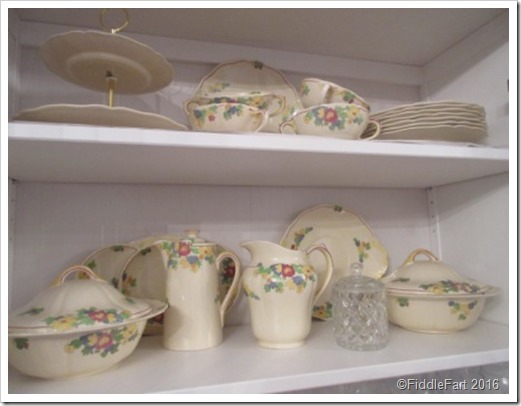 But, when I moved I decided that it was stupid to have something I never used, especially as storage was of a premium, so I was now going to use it on a daily basis, come what may.  At the time I had a quite a few dinner plates of varying sizes,  three oval platters, two cups and saucers and three vegetable tureens.  Then I got two Ikea cabinets that needed filling …… and that, was my downfall!!!! 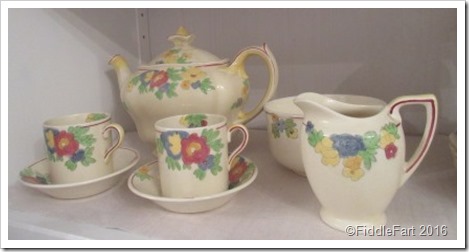 I started looking on e-bay to see if there were any pieces for sale, and I started collecting!  An awful lot of pieces were right out of my price range, but slowly and surely a few things started to appear that I felt I could bid on and so my collection grew.  I have tried to collect eight each of the basics, cups, saucers, plates and bowls, and then added serving bowls, tea plates, teapots, jugs and soup bowls. 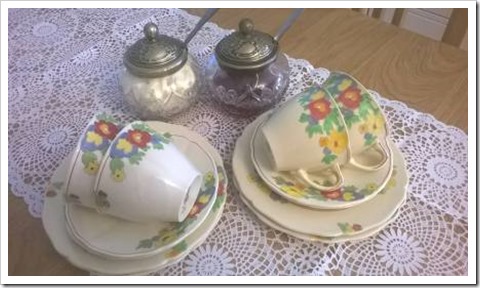 The teapots and cups and saucers are (were) the hardest items to find, in particular, the teapots proved to be the most expensive to buy, in fact I had to go to Etsy for the largest teapot. I have been very careful with my bidding, setting a limit, only getting carried away with one small teapot, and as a result had a few real bargains. I don’t think I need anything else, but as the original range was huge, I still look, but have found that the rarer, more unusual pieces are usually well out of my price range. 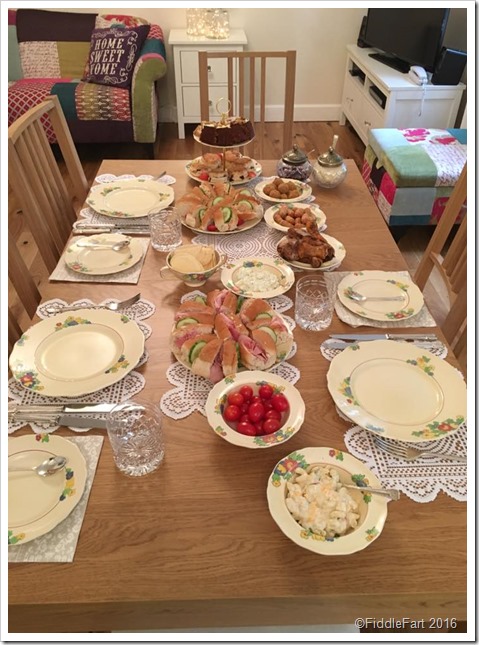 I can now to set a table for all occasions and with friends coming over from Wolverhampton I am also slowly perfecting my Evesham cream tea.
It’s lovely to have beautiful things, but what’s the point if they are never used?
Posted by Its All Fiddle Fart at Friday, December 30, 2016 6 comments: