I thought I would try out my new White and Gray Big Shot with a little embossing to make this tags. I’ll be honest, I don’t think the pictures do the finished tags justice, I tried from every single angle but to no avail, I couldn’t seem to show the edges and the top to their full advantage. 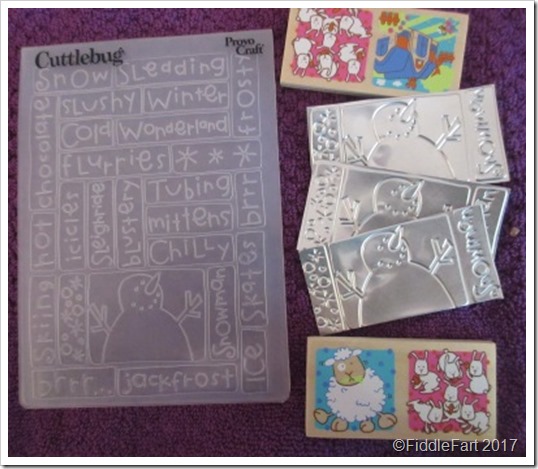 The foil came from a ginger beer can that I had cut up and flattened.  From one can I could get four embellishments. 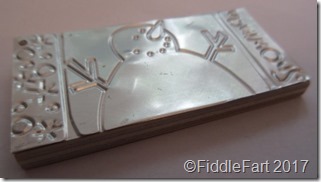 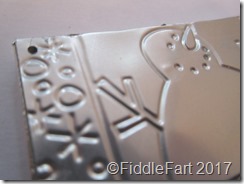 I glued the embossed sections onto children’s wooden dominoes using E6000 glue as I needed a strong bond, and don’t think PVA would have been strong enough.  When dry, I drilled a small hole in the corner for a tying thread/wire. 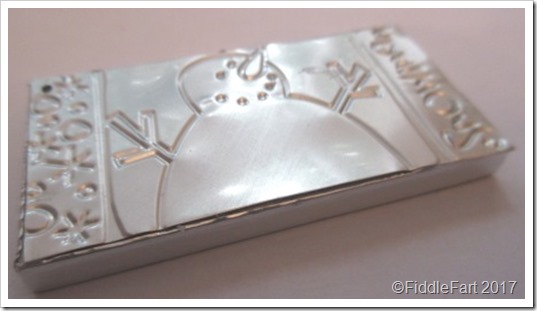 I covered the edges of the dominoes using a narrow self adhesive aluminium tape which really made the tags come together, and look much more professional. 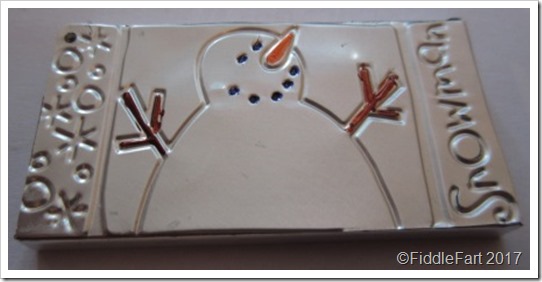 I then coloured in the nose, arms/hands and eyes with assorted Sharpie pens ……. 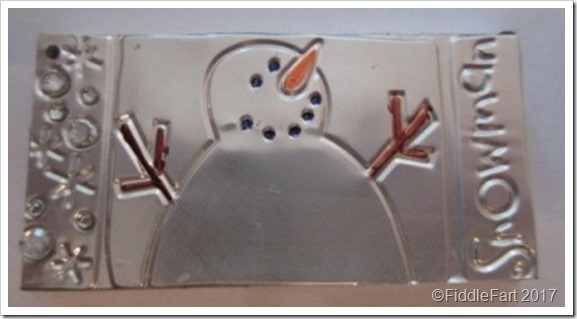 … and added tiny, clear, flat backed gems to the snowflake part, although, to be honest, I don’t think they add that much, perhaps if I added some white Ranger Enamel Accents instead, it might have had more punch. 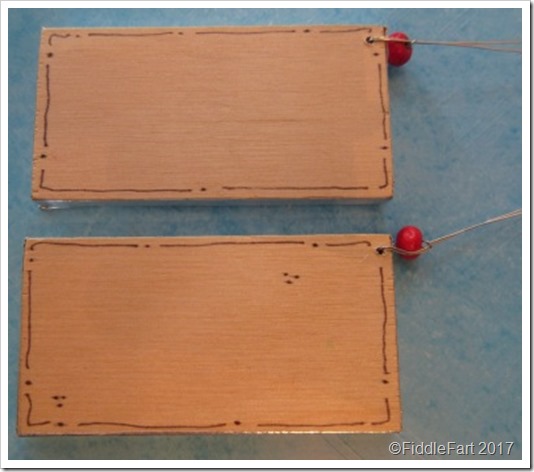 I added a wire thread with a red bead for extra colour as a tie and then went round the edges on the back with a black fine liner pen as the final finishing touch.
As I said, I think these tags look much better in the flesh, but could be fine tuned just a little bit more ……. so perhaps it’s a case of watch this space!
Posted by Its All Fiddle Fart at Wednesday, July 19, 2017 3 comments: