This is another project using the 2in x 2in Inkssentials Memory Glass Clear Slides I have been able to source after much searching.

I sandwiched a white, glitter snowflake sticker between two slides and then used an adhesive, silver metal foil tape to seal and go round the edges of the square. 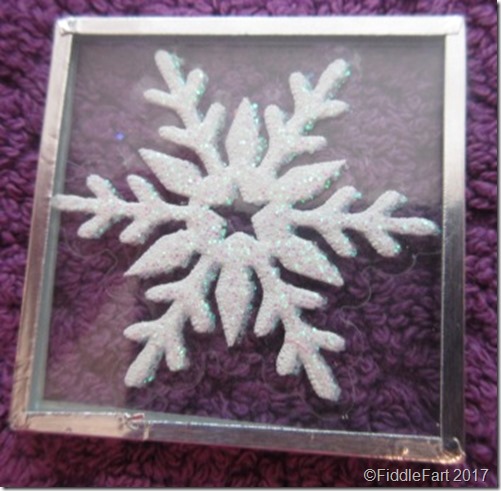 I am still toying with the idea of soldering similar slides, but the tape, when applied carefully, gives such a good finish it’s questionable if soldering would add anything more, other than the extra fiddle fart. 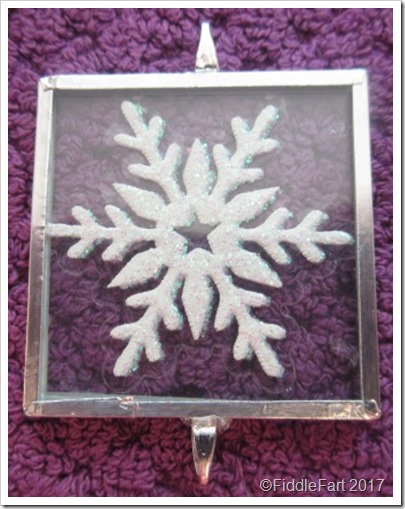 I attached a silver bail to the top and bottom of the square using E6000 glue for a strong, secure bond, leaving it to set for at least 24 hours, with careful twiddling with a needle I removed any excess glue. 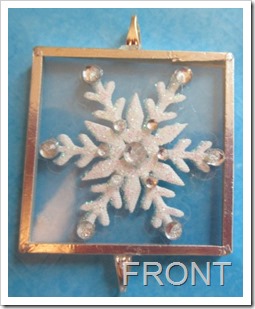 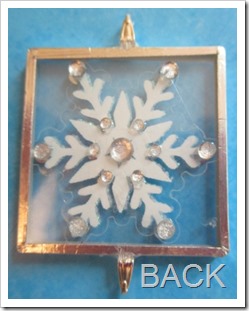 Once I was sure the bail was firmly in place, I added a few tiny, clear flat back gems to the the front and back of the slide.
I wanted to attach a silver snowflake charm to the bottom bail, but jump rings and fiddly fittings are my crafting nemesis, in the end the bottom bail wasn’t the right way round to do this as I had hoped without using two jump rings and that just looked wrong. Instead I removed the bail completely, and attached two linked beads, taken from an old necklace and a loop of silver wire through the top bail.
To be honest this was not the most successful of projects, too much fiddle fart for a mediocre end result, but I will try it again, using what I have learned from this first time round.
Posted by Its All Fiddle Fart at Friday, June 23, 2017 1 comment: