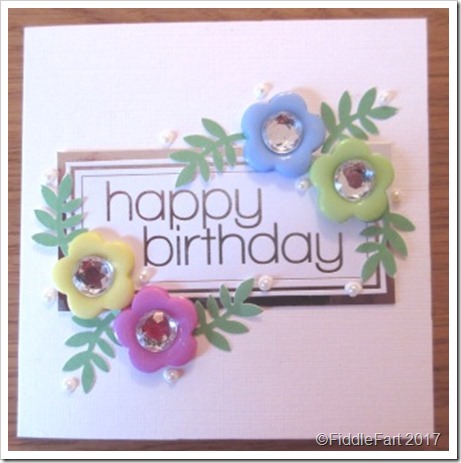 This card seemed to make itself, it wasn’t the idea I had in my head when I sat down to make it,  but I think, in part, it’s worked…… 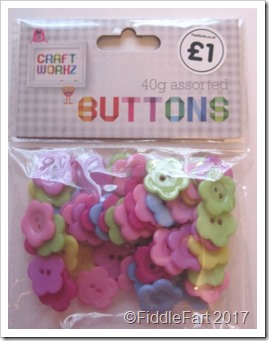 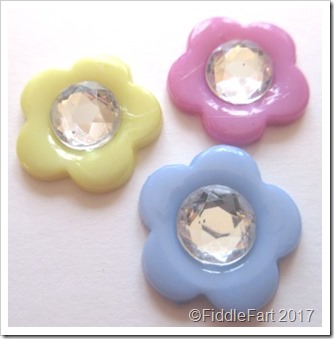 The flower buttons came from The Works (Children’s Crafts) and the silver foiled sentiment from Craftwork Cards.  I started by seeing if  the largish clear flat back gems I already had would fit in the middle of the flowers 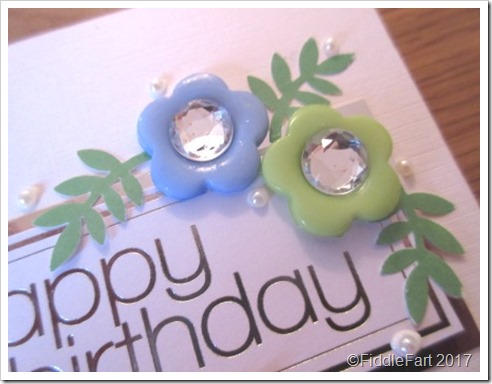 My original idea was simply to put the three flowers in a row and just doodle a stem on each with a few leaves, but it just looked pants.  That’s when I got out the silver foiled sentiment, mat and layered it  and then arranged the flowers round it. 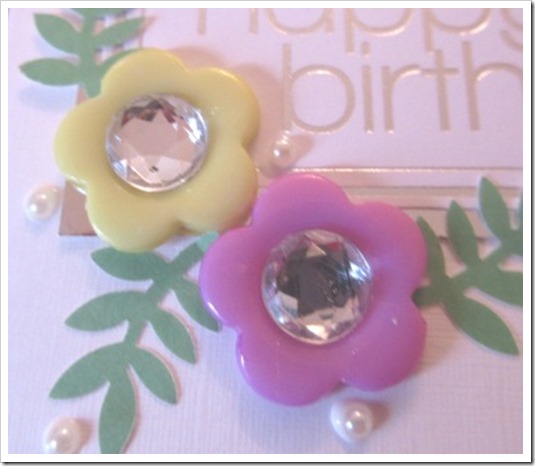 The punched foliage followed and then the flat back pearls.
However, coming back to it again now I think I could go up an inch or two on a card blank, using this card as a topper to make it look more balanced, less crowded and in better proportion.  Here I go again, watch this space!
Posted by Its All Fiddle Fart at Friday, March 10, 2017 3 comments: