I do so miss a poundshop, I can’t believe Evesham doesn’t have a single one, the nearest ones are in Worcester, which I will undoubtedly frequent in the coming months and of course a shopping trip is de rigueur whenever I return to Wolverhampton. 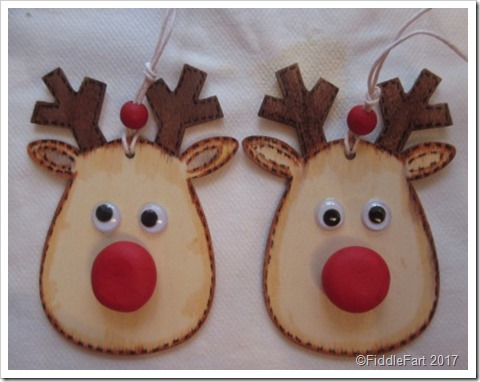 I found these wooden tags in Birmingham Poundland before Christmas, and knew I could do something with them. At £1 for 8, that makes them just 12.5p each. 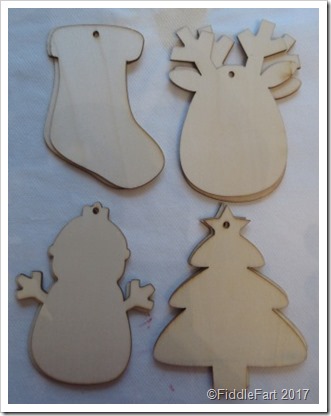 It was the reindeer that “sang” to me first …….. something very simple and basic, all they would need was googly eyes, and a fimo nose (moulded and then baked). 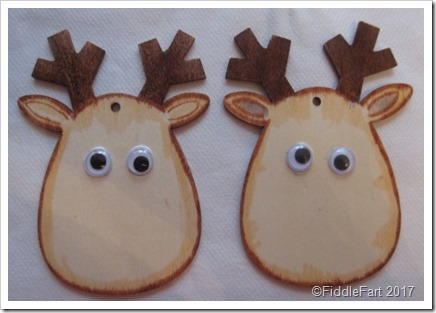 I was nervous about using my Whisper felt pens on them for fear they would bleed into the wood, which they did, just a little, but I think I got away with it.  I then added a little faux stitching round the edges using a black fine liner pen but decided against adding a mouth. 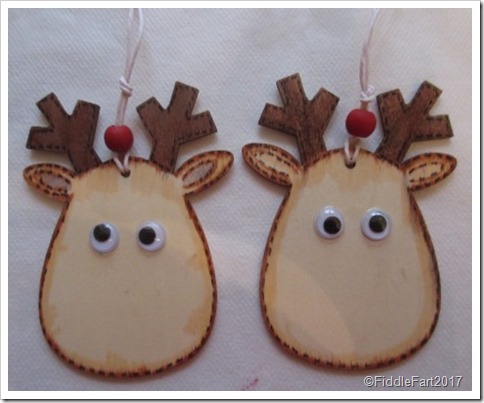 I like to add a bead to the hanging thread, it’s just an extra detail that I think makes an ordinary tag look that little bit more special. 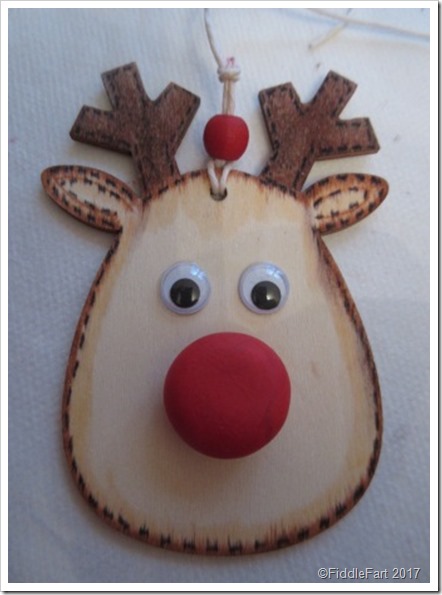 I knew it was the nose that would make or break the tag, it would either give the reindeer it’s character or turn it into the reindeer from hell, just because the proportions were wrong ……. and in this instance, the nose worked!!  I used E900 to glue the nose as I knew PVA wouldn’t be strong enough and didn’t want to risk it coming off.
Posted by Its All Fiddle Fart at Monday, January 23, 2017 4 comments: