I don’t do a display for ages and then two come along in the same week!!! 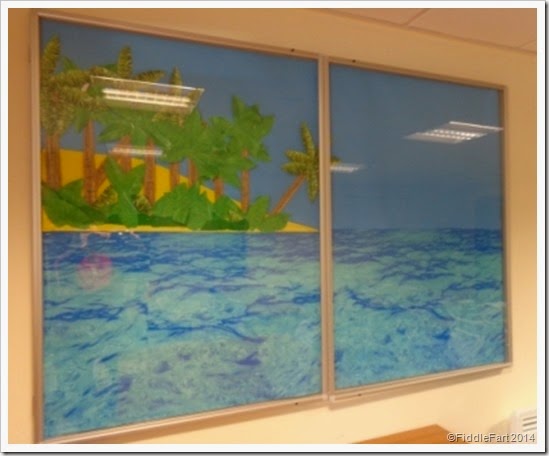 This display is on the opposite wall to the waterfall display …. a contrast to the cold and bleakness of Iceland!! 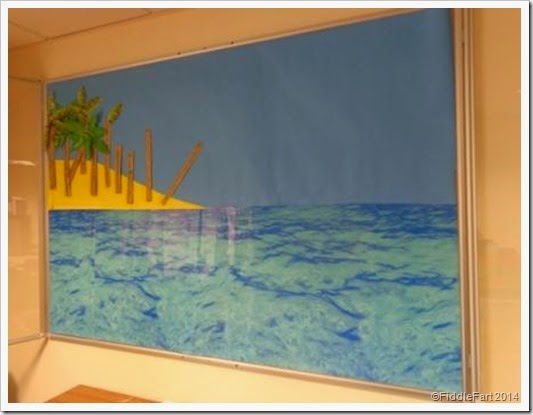 It was much, much easier to do as well because I found much of the papers/materials were already in the Geography store cupboard, including the sea frieze paper, must fortunate as I did not particularly relish the thought of painting the sea! 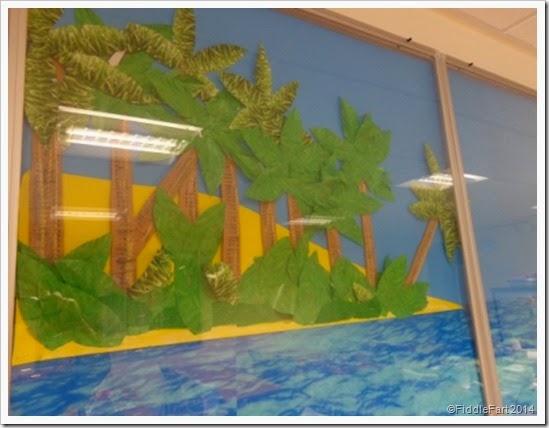 The trunks of the palms trees were made using strips cut from a corrugated cardboard box, which I then charcoaled and chalked to create the ridges on the trunks. I was also fortunate enough to find some grass patterned border roll from which I was able to cut into palm leaf shapes and fringe to give an element of dimension. I did the same for the ground foliage and a few palm leaves using green copier paper which I crumpled for texture and then drew the leaf veins using a mixture of charcoal and chalks.
There was a temptation to then glue gun some shells on to the plastic doors of the board, but I thought better of it …. as I didn’t want to be on constant call to go over to glue them back on every time one fell off!
Posted by Its All Fiddle Fart at Wednesday, October 01, 2014 3 comments: