I think this is a posh version of my bottle cap ideas!!!! 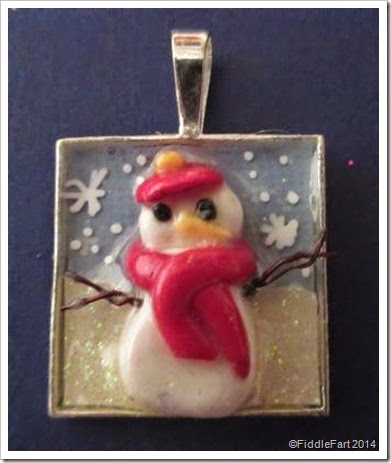 Marc reminded me about the 1in pendant trays he sent me a while back, saying that as they are a ready made pendant, there would be no fiddle farting about punching holes and attaching jump rings as with a bottle cap.
So I had a go ….. the snowman ….. agh, as well as working on such a tiny scale, working with white fimo is a nightmare, trying to keep it white, especially when adding other colours. And, this is my second snowman, after getting the first one just right …. I only went and put him in a oven that was too hot and burnt him!!!  Can you burn snowmen? 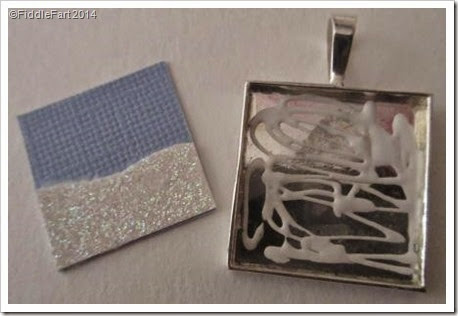 However, while this second version was cooking, I prepared the pendant tray, making a background of plain blue and glittered paper and doodling a few snowflakes. 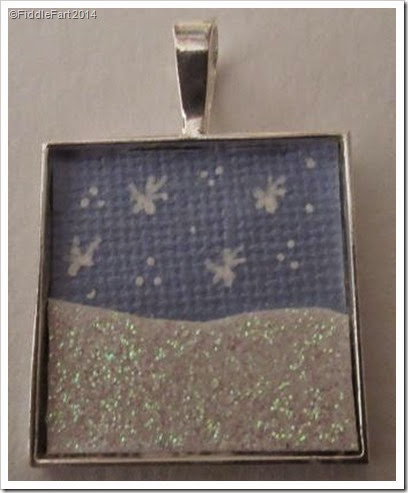 When the snowman had cooled I glued him into the tray using E6000 glue, which is really strong and then filled the tray with Anita’s 3D clear gloss finish to add a bit of depth and dimension.
I am particularly proud of the snowman’s arms …. boy were they fiddly!!
Posted by Its All Fiddle Fart at Wednesday, November 19, 2014 6 comments: