This is the “Christmas Tree” I put together on the spur of the moment for my “festive” landing. 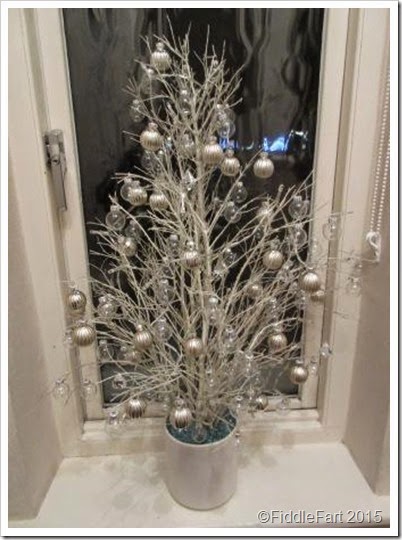 The branches used to belong to a small, shaped box tree that we had at the front of the house which seemed to die very slowly, no matter what we did to it, and to be honest in the end I just left it abandoned in its pot for months at the bottom of the garden until I had a final tidy up in the autumn, but something made me keep what was left of the, by then bleached branches, all be it in the garage shoved into a piece of oasis. 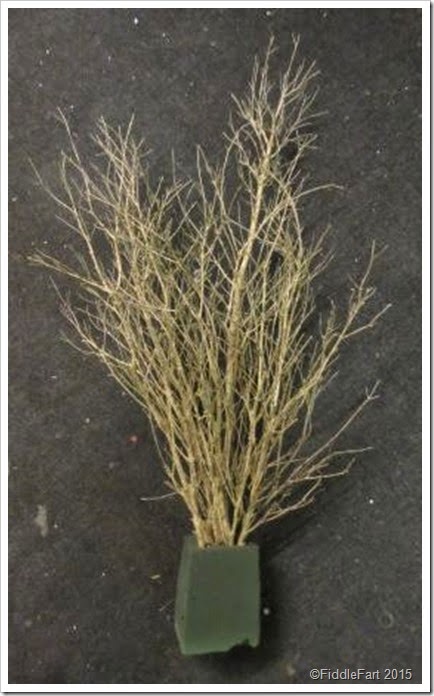 But about a week before Christmas, I saw some packs of twelve small gold/silver vintage style baubles, reduced from £12 to £2.80 in House of Fraser, and  I got to thinking about the branches again, deciding to spray them with an off white coloured paint and while the paint was still wet, sprinkled it all over with diamond dust micro glitter. 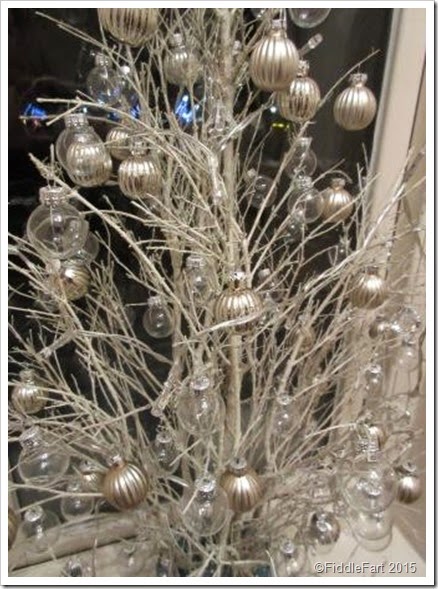 When dry, I arranged them as best as I could into a Christmas tree shape, putting them back into the oasis, placed in an off white pot, with ornamental blue glass chippings (Ikea) sprinkled over the oasis to hid it. 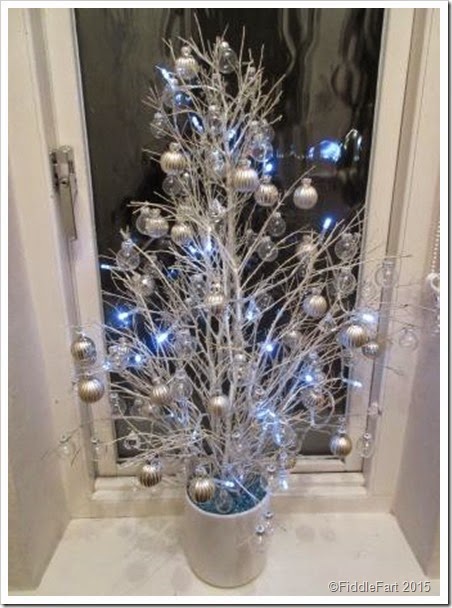 It took two packs of the vintage baubles and a box of twenty tiny, clear baubles I got in a HobbyCraft sale a few years back to cover it, before adding a string of Poundshop battery operated LED lights ….. which I realised I should have put on before the baubles!!!! The lights look blue in the picture, but they are actually white. 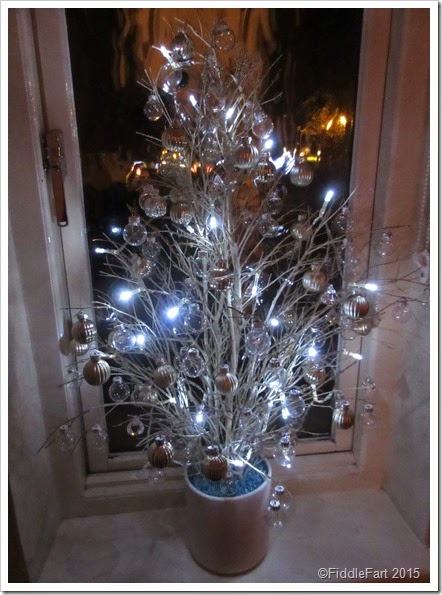 If I say so myself,  it did look very pretty, delicate and ethereal sitting on my landing windowsill ….. and has now been put away very carefully to come out for next year as well.
Posted by Its All Fiddle Fart at Friday, January 23, 2015 9 comments: