I’ve seen this idea so many times on Pinterest and wondered if it really worked, and now, having a little granddaughter I want to make sure that there is always something wonderful and magical going on at Nanny Nell's! 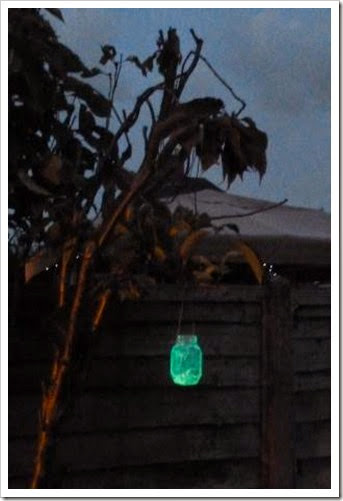 I just got a clean,  dry jar and added a string hanger ……. 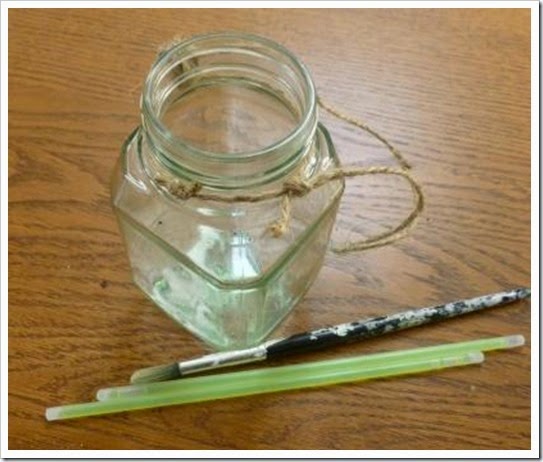 ……. then took two glow stick bands and some micro glitter (but I wouldn’t bother with the glitter again as it didn’t seem to add anything to the overall effect).  The idea is to cut the glow stick in half and let the liquid drip into the jar …. 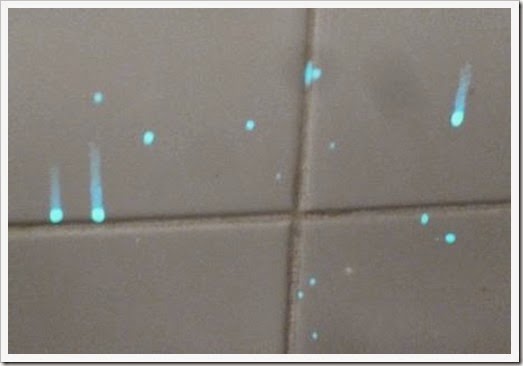 …… not as easy as I thought (!!!!) and then I chose to “paint” the glowy stuff round the inside of the jar. Perhaps it’s a good idea to wear goggles or at least glasses, and I don’t think this is really something that children should do! 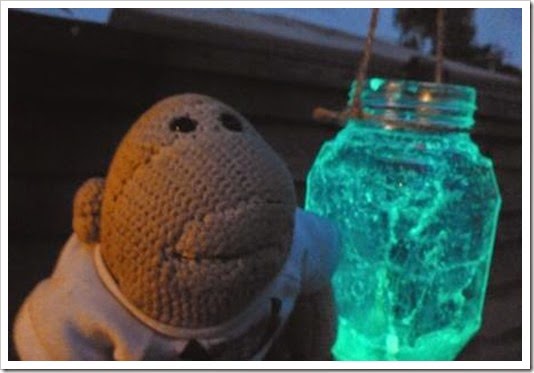 The overall glowy effect lasted for about twenty minutes, after that the liquid gathered in the bottom of the jar, but still continued to glow for another hour or so after.  But I only used two small glow sticks (18 wristbands £1 from Discount UK) …. I could have tried more, but this was only my first experiment.
This also got me to thinking of other ways to use glow sticks ….. my next experiment ….. is to see what they look like worked into my twig door wreath, perhaps for Halloween.
http://www.wikihow.com/Make-Mason-Jar-Glow-Stick-Lanterns
http://chemistry.about.com/od/glowinthedarkprojects/a/Decorative-Glow-Stick-Lanterns.html
http://www.pinterest.com/havingfunathome/glow-stick-ideas/
Posted by Its All Fiddle Fart at Thursday, October 02, 2014 4 comments: