My apologies for the first few days of Marc’s “State Visit”, we have been having such a wonderful time I have been forgetting to take as many photos as I should have been …..

Marc arrived at midday on Thursday, but when it came to meeting him at Wolverhampton Station I couldn’t believe how sick I felt and Marc said he felt exactly the same on the train, what are we like?  But do you know, we started off exactly where we left off when I was last in London June ……. non stop nattering!

So …..  after the grand tour of “The Chateau” and taking Marc’s enormous suitcase up to his room it would have been rude not to toast his visit in the garden with a cheeky vodka or two and a few nibbles dams le jar din ….., 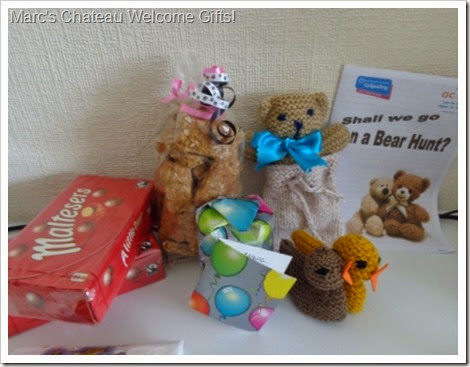 After which we went on a walk round the village and began to fill in the Bear Hunt form I had purchased a week or so ago (there is a knitted teddy bear in most of the windows of the shops in my village, Cods all and Birches Bridge, and we have to spot them and then write down which shop they are in and what colour sash they are wearing, in aid of the Children’s Hospice),  and then in the evening we had a lovely meal at Cods all Spice, nom, nom, nom!! 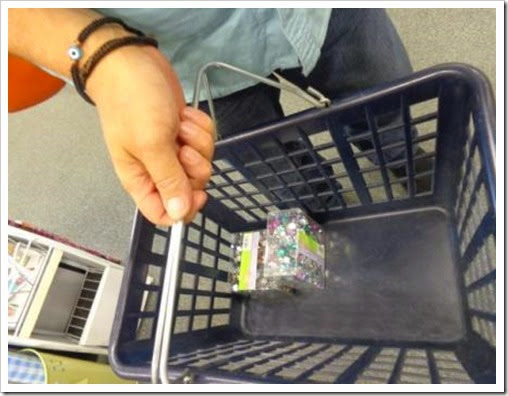 On Friday we were up with the lark and after a coffee or two I took Marc to share in the pleasures of Bentley Bridge ….. Our first port of call was Hobby Craft ….I have to say we were VERY restrained in our purchasing, but we both have soooooo much stuff we are now both getting very good at asking ourselves if we really need something! The bargain of the day was buying two huge boxes of flat back gems at £3 each, as Marc says, you can never have to much bling! 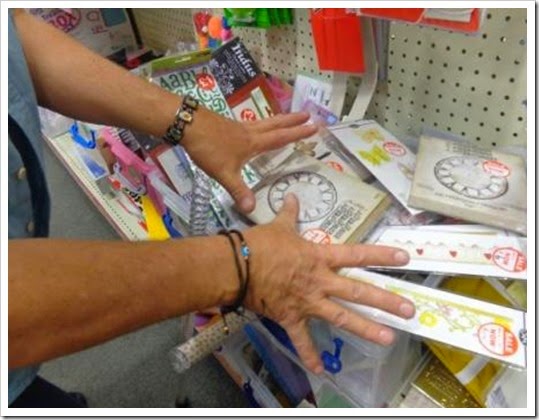 We also spotted some half price Tim Holtz and Sizzix dies, but again, just about managed to resist! 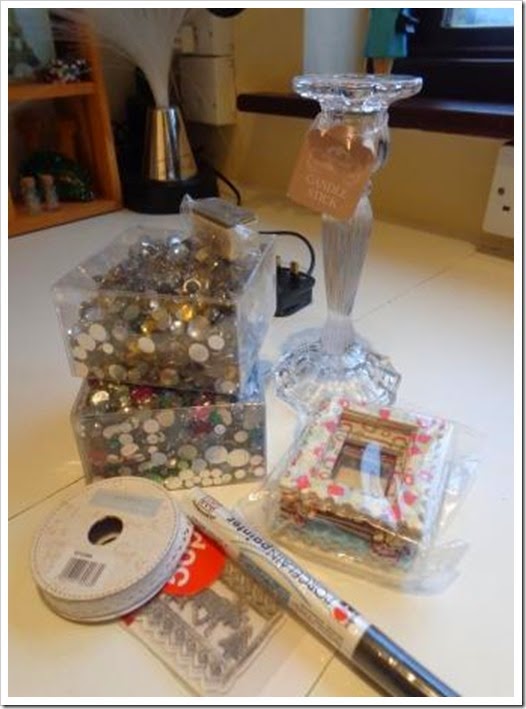 We then visited Home Bargains, where Marc bought me the candle stick (£1.99) as a base to make a cake stand, B M Bargains, T K Max, Aldi and Pets at Home, followed up by a slap up Panini in Sainsbury’s ….. as I have said before, I know how to treat a man!!! 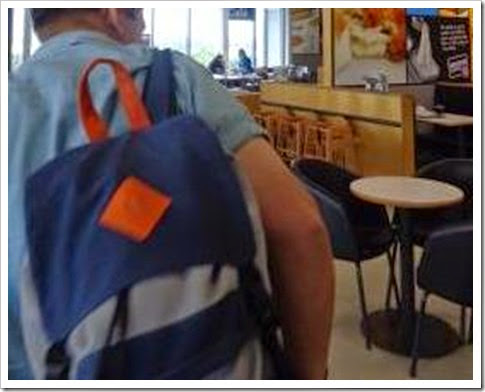 This was then followed by a whistle stop trip round Wednesfield …… all of which must have been very heady fruit even for a gentleman what lives on the edge of Portobello Road and Notting Hill, yet remarkably he showed remarkable restraint in curbing his excitement,  lest he should embarrass me in the High Street!!! 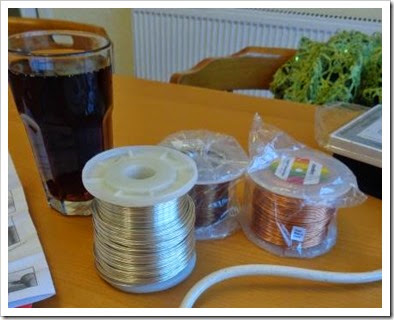 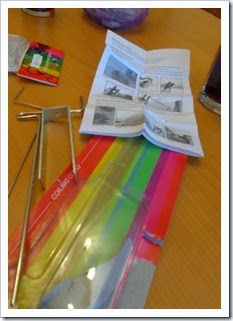 In the evening we started to play/experiment with the wire twister and coiling Gismo Marc bought me from Jewellery Maker http://www.jewellerymaker.com/ 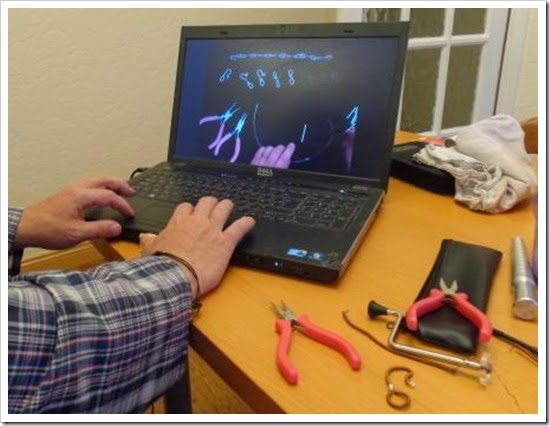 We didn’t do too badly …… but as a non jewellery maker I was just embarking on a steep learning curve!! 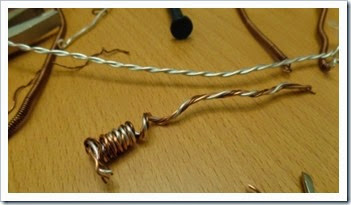 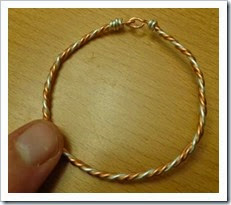 We managed a bit of simple coiling and twisting to make a doll size bangle and a very basic choker  ….. 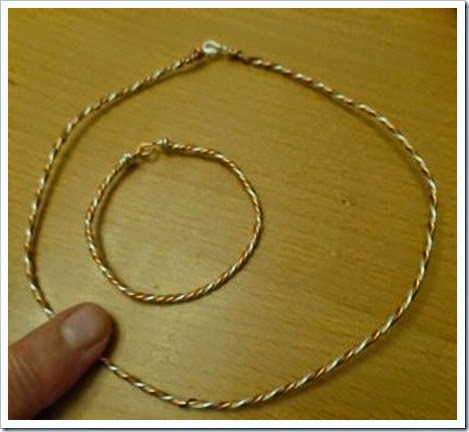 But a little knowledge in Marc and my hands is a very dangerous thing!!!!