My Queen Mother Flower Fairy reappears again, as if ….. by magic!  When I originally posted the fairy, I did mention  that I thought I might frame her for Iris to mark Iris’s first dance class, which should be sometime in September. 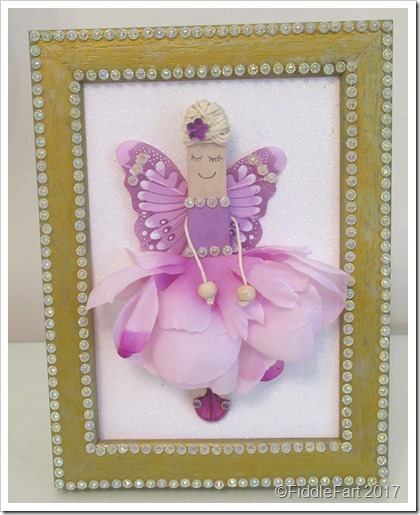 I was looking for a more ornate picture frame in the charity shops, but when I saw this purple one for just 40p I thought the colour might enhance the fairy, sadly the colour didn’t carry well in my head, and when I put the fairy and the frame together, they just didn’t do anything for each other, so I painted over the purple with a metallic gold Posca pen which looked much better. 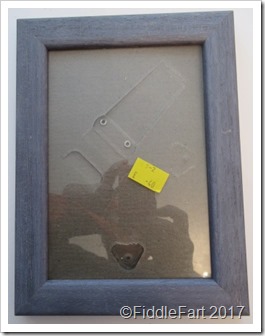 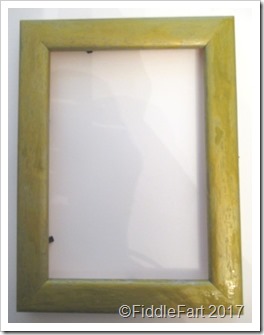 And, as this wasn’t going to be a less is more project I brought out the blink in the form of iridescent, self adhesive gem strips. 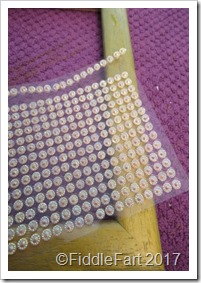 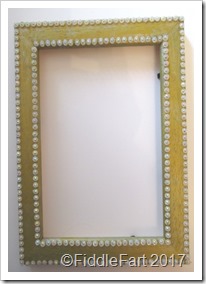 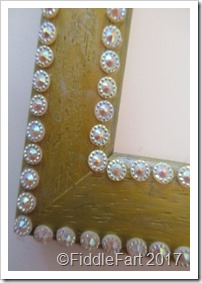 However, to make sure  the strip didn’t peel off over time I did use extra PVA along the edges to make sure the gems were doubly secure. 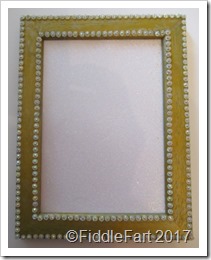 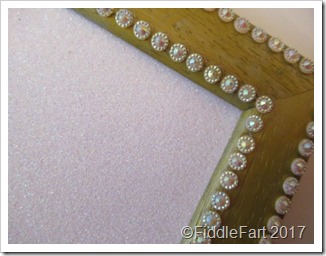 I had taken the glass out of the frame and decided not replace it, just in case, (I don’t like glass in children’s bedrooms), but instead put a piece of very sparkly white glitter card in it’s place to act as a background. 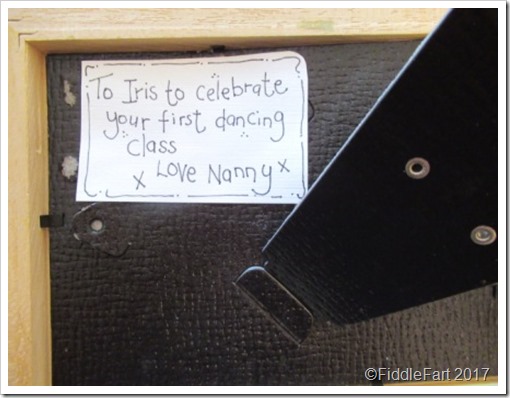 I also put a message on the back, so that the occasion is marked and remembered, leaving a little space to add the date when I know it. Framed Queen Mother Fairy done and fairy dusted!
Posted by Its All Fiddle Fart at Tuesday, June 13, 2017 5 comments: