I made a recycled blue and white cake stand about a year ago and still love it as much now as I did then. 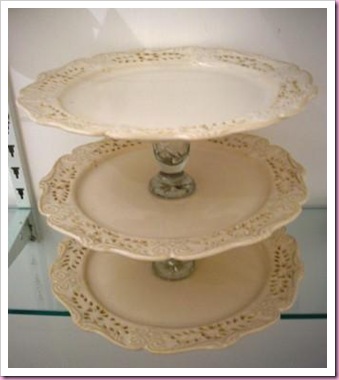 Making another one has been long overdue, so when the girls at school said they were raising money for Children In Need by making cupcakes I said that I would make them one to raffle to go with the theme. 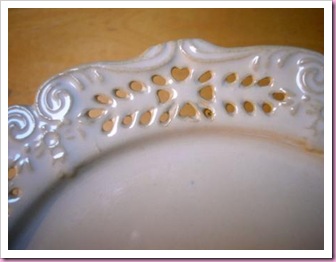 I’ve used three lovely plates that were given to me, they are not graduated but I think the idea still works. In between the plates I have used some very fancy shorts glasses  that I got from a car boot sale in the summer, I think I got 15 for £1.50 in total. 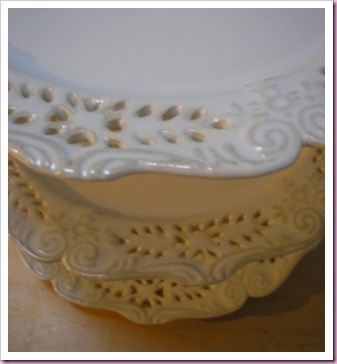 All I have done is stick the tiers together using an Araldite type glue, trying to keep them as lined up as I could. 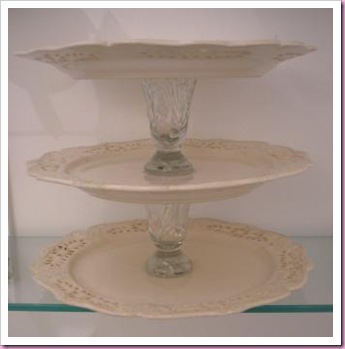 Et voila!  It’ll probably be another year now before I do another one!
Posted by Its All Fiddle Fart at Monday, September 26, 2011 3 comments: