My sister and I are wracking our brains thinking of little souvenir/token gifts she can give to some of the many people from all over the world she will meet and befriend as a Games Maker at London 2012 Olympic Games, and these came to me in a flash of inspiration. 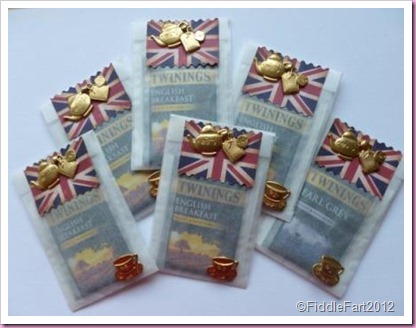 The packets are glassine bags as used by stamp collectors (I believe), the Union Flags are from cut up paper chains that I had left over from Royal Wedding and the three charms, well I’ve had them forever. I was desperate to have them (because I love tiny things) and then thought what on earth do I do with them when I got them  … I never thought I would ever use them ….. but now I find the teabag charm is just so perfect. 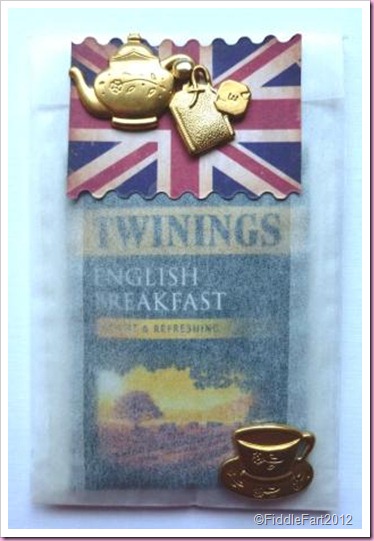 I put a tiny bit of double sided tape to stick the flag on to the turned over lip of the packet, then punched a small hole through the layers, attaching the teapot and teabag together with a brad.  The teacup is held in place with an adhesive. foam pad.
I think this is an idea I can adapt for other occasions, but it’s the charms that really make it!
Posted by Its All Fiddle Fart at Monday, February 20, 2012 10 comments: