Guest Crafter – Iris Roo With Her Gary and Mary Scarecrows. 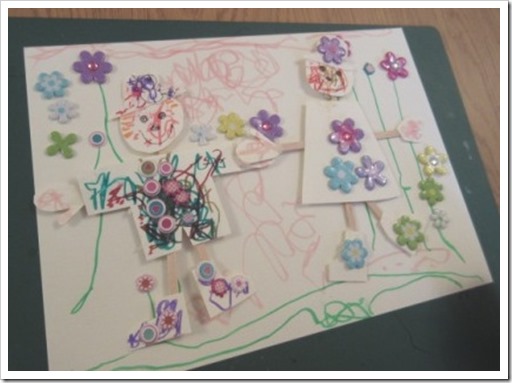 This “work of art” came about the other Wednesday, on Wednesdays I pick Iris up from nursery, we lunch out, usually at Moos Moos and then go back to The Towers for some “our time”. 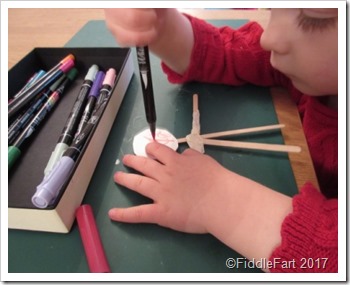 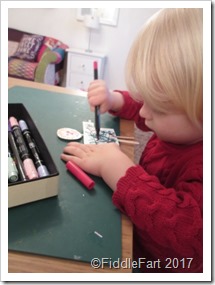 On this occasion Iris spotted some wooden coffee stirrers and after carefully studying them, decided she wanted to make a scarecrow when we got in, that’s my girl!!! 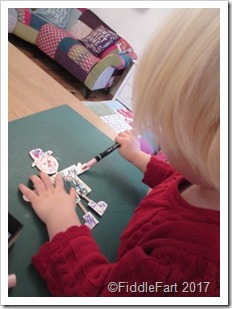 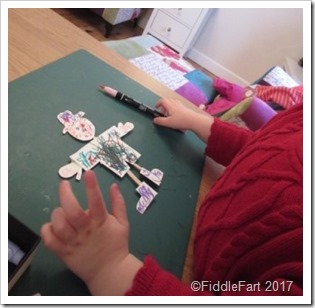 Those stirrers were never been held so tightly as we trundled home, this was a little girl with a definite idea in her head. 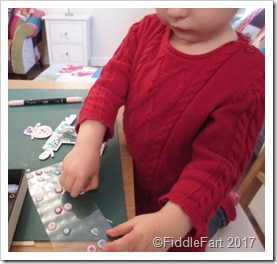 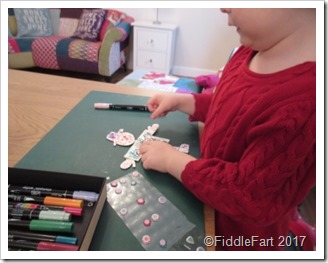 When we got home we sat at the table and I was “told” to make a scarecrow and madam watched patiently as I cobbled together a frame with the said stirrers and masking tape, and then I suggested the first thing he needed was a head, we were off and running, we were making “Gary”. 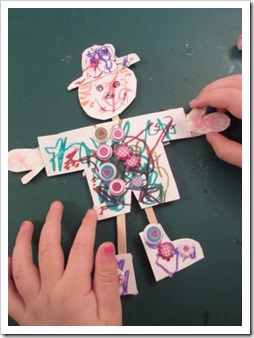 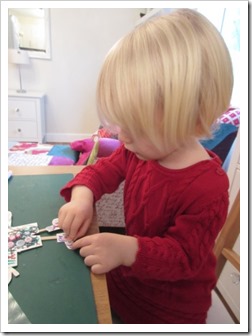 Gary need a mouth, then eyes and a nose (which I had to draw, because Iris said she couldn’t), this was followed by a coat, a hat, boots and gloves, bless her. It was my idea to add stickers, as stickers are a very definite activity of choice. 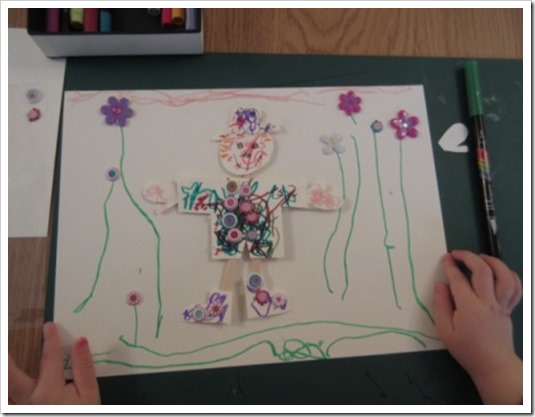 Iris has a huge concentration span and I could see Iris wasn’t finished, so again I suggested Gary needed somewhere to be, so we put him in a field. I suggested a sky and then some grass but couldn’t believe it when she added them …… and as for the stems for the flowers, again suggested, oh my goodness! 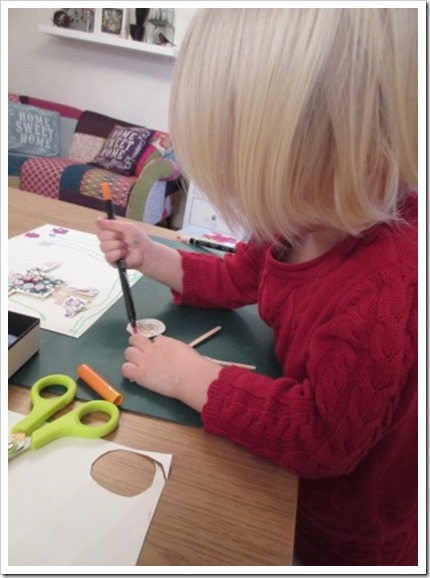 And then, we had to start all over again as Iris wanted to make Mary. Iris watches very little TV, but she has seen a little bit of the Muppet Movie which has Gary and Mary as the human characters, and when Iris isn’t being Iris, she is being Mary.  Iris was also definite that Mary’s dress was left white 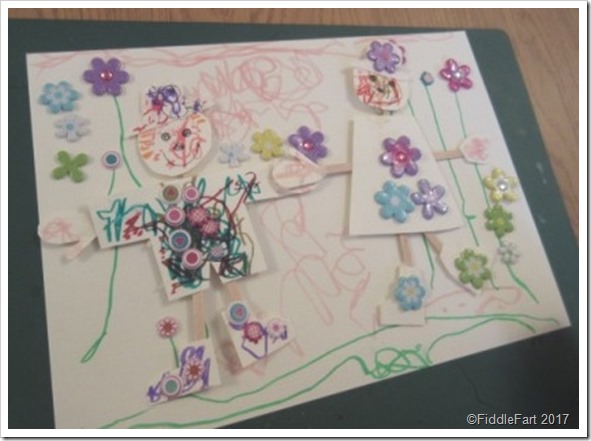 The picture was complete when Gary and Mary were positioned on the paper holding hands, and the spaces filled in with more “drawing” and flower stickers until she was happy.
We must have been working for well over an hour, it almost bought tears to my eyes. I am so glad I took the pictures as we went along, I have neglected The Project Life album I started when Iris was born, so I am hoping they will be the kick start I need to try to get it up to date.  Happy, Happy Days!
Posted by Its All Fiddle Fart at Thursday, January 26, 2017 10 comments: