I’ve had a pile of packs of these takeaway boxes for a couple of years after I finding them in The Works and thinking I could do “something” with them! I’ve forgotten how much they were, but they were either 99p or £1.99 and still available in some shops. 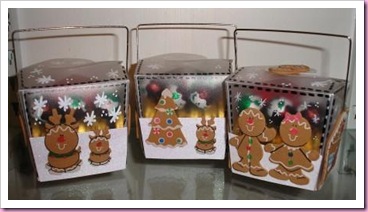 Anyway this year I finally decided that they were no good languishing at the back of the cupboard, they HAD to be used and gone by Christmas! 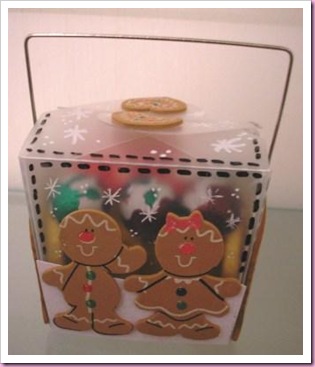 I’ve stuck a snow line on each side of the box using white glitter card and then used a varitey of stickers that also needed to be used up to embellish them. 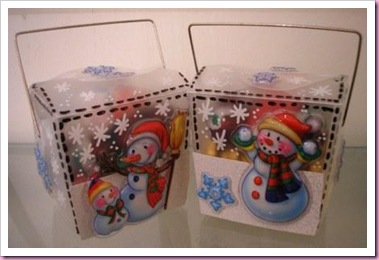 Because the boxes are made of plastic I was unsure about what pens to use on them but I used a permenamt black pen for the faux stitching and a white Posca pen for the snowflakes and they look pretty ok! 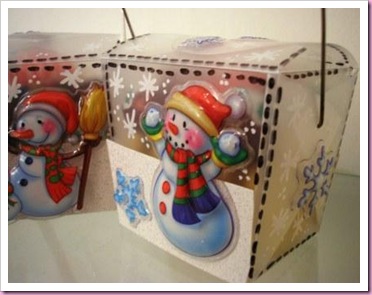 I’ve filled them with Tesco chocolate Christmas puddings and money, Kinder bars, chuppa pops and chocolate Santa's.  My cupboards are slowly emptying BUT I could craft for the next twenty years, twenty four hours a day and there would still be a pile to use up!
Posted by Its All Fiddle Fart at Sunday, December 04, 2011 3 comments:

Top Tip To Tart Up A Quick Card?

No crafting today just a top tip  ….. with Christmas fast approaching perhaps like me you just haven’t got the time now to whip up yet another card, but have a few shop bought cards that you could tart up just a little and make your own …… 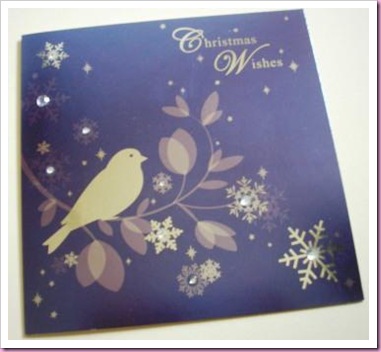 I found this pack of Charity bird cards in an Oxfam shop reduced to 99p in the summer ……  birds do it for me every time! All I’ve done is add twinkly clear flat backed gems to the centre of the larger snowflakes for extra festive sparkle……. sorted!
Posted by Its All Fiddle Fart at Sunday, December 04, 2011 No comments: