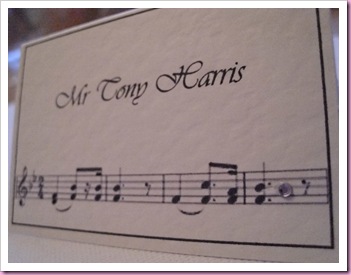 A very musical colleague at work showed me the picture below of a wedding favor she fancied, but the groom had said “no!” 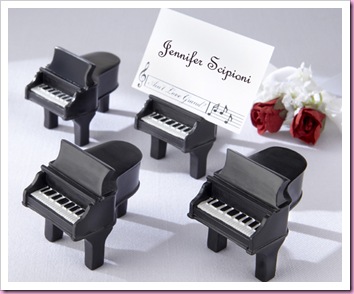 But as a compromise she asked if I could “do” a similar place card. Below is what I came up with…(I hope my illustration makes sense) 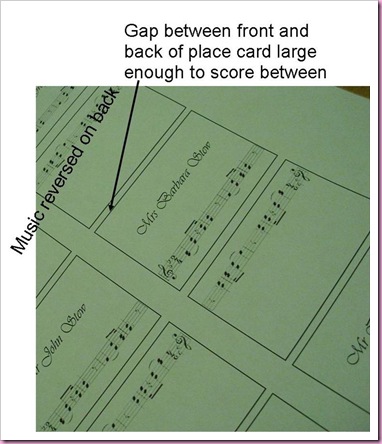 It took a lot of fiddle farting on Publisher, but I sorted it out  in the end, getting  six  place cards on one sheet of A4 card.  The music I’ve used is one of the opening bars to Wagner’s Wedding March, and is on the front and back of the card, so the design can be seen from both directions. 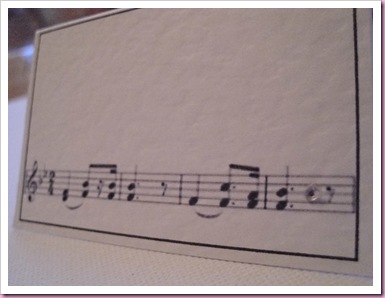 As a finishing touch I have added a very small, sparkly flat backed gem just before the end of the music on both sides of the card. 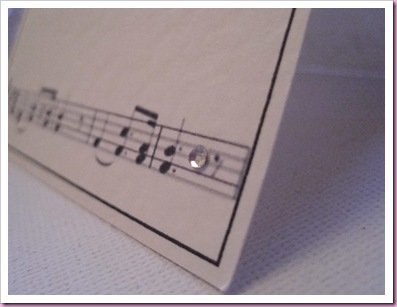