As promised yesterday a couple more treasures found in the seasonal bargain baskets of Poundland in Worcester. 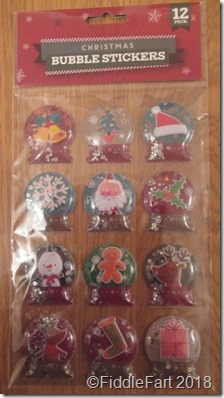 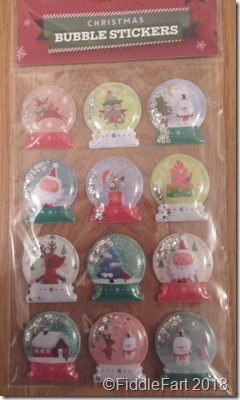 The self adhesive snow globe bubble stickers were too good to ignore, but I was restrained and only bought two different design packs as I didn’t have a clear idea at the time as to what I could do with them ……… 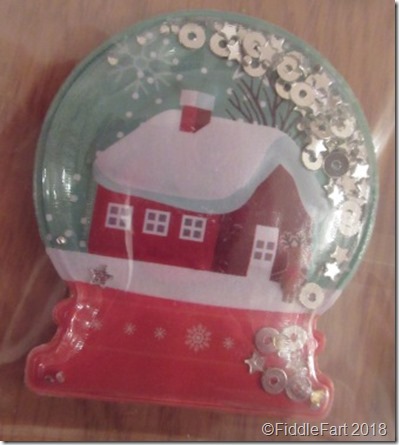 …… however, they appear to be quite robust with very usable designs, so perhaps small simple square cards or gift tags?
The other treasure was a pack each of these snowmen and penguin cards (there was also a Santa design too) with Iris and Bertie and of course Nanny in mind. They are of a fantastic glossy quality and for just £1 a pack I know I had a bargain.  They didn’t come with envelopes but that’s fine,  I have whole box of the things that I can sort through. 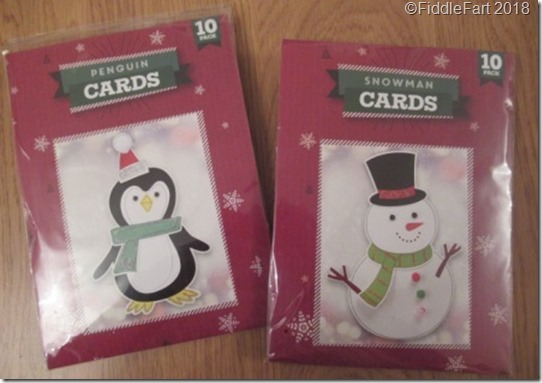 The packs came with everything you need, googly eyes, pom poms, glitter glue, and sticky pads to attach the heads and give the characters a 3D element. 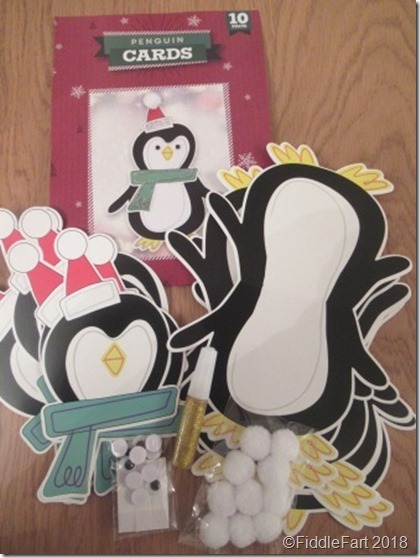 I would also add white micro glitter to the penguins hats and red to the snowmen’s hat band and scarves.  They are so cute and crazy value for money.  If  we/I don’t get to do them this year they’ll certainly save for next. 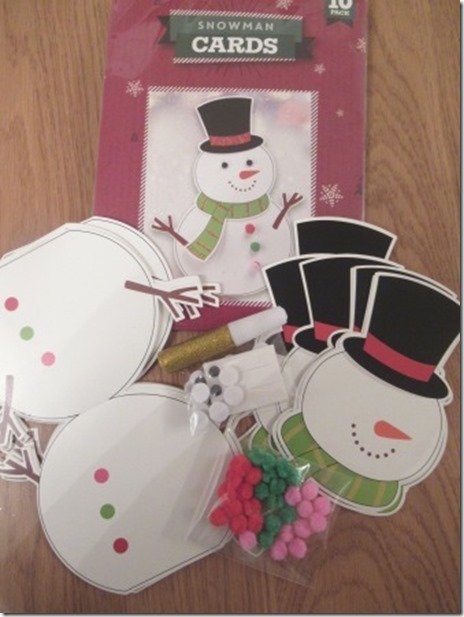 As I said I was restrained in my purchasing, despite the prices, because I no longer craft in the large quantities I once used to.  However, I am still aware that if you see something you fancy then you’re best making a considered purchase there and then because you can bet that they’ll have disappeared by the time you realise that you really should have got them!
Posted by Its All Fiddle Fart at Friday, December 07, 2018 2 comments: