Well, I thought I would start the New Year off with my current obsession, bottle caps and tray pendants.  As I write this, I await a delivery of 50 silver, 1in trays from China that I found on Etsy, if they are OK I will probably order more. 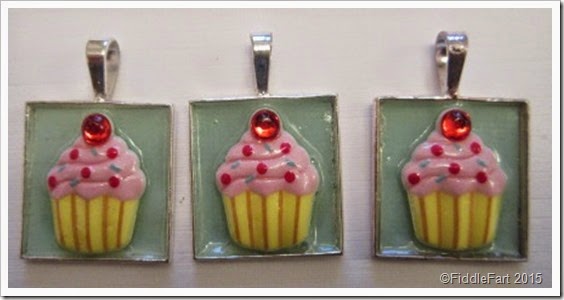 These took minutes to make, I cut a square of turquoise Bazzill paper to fit the bottom of the tray, and then simply added a Jolees dimensional cupcake embellishment, part of a pack that I bought from Michaels in Las Vegas. 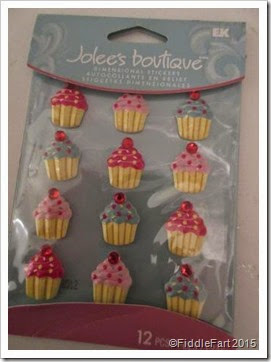 I have then added a good layer of Anita’s 3D, clear gloss finish, which make the whole think look almost enamelled.  I am thinking that these need to be either attached to a suitable keyring fitting  …… or on a ribbon, to give instead of a birthday card. 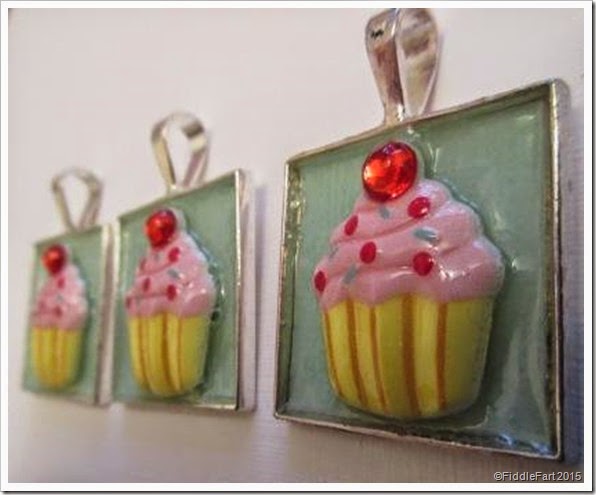 I also suspect that perhaps they are no longer producing the Anita’s in the 2oz bottle anymore, which has been a staple in my craft room for years, it seems to have been replaced by a smaller 25ml bottle, a great pity, so if I see any 2oz bottles I am buying them up!
However, as I plan to continue experimenting with pendant trays and bottle caps while I am all enthusiastic, I am looking at other alternative glossy finishes, and resins (another new departure for me).  So, I have a bottle of Aleene’s jewellery pendant gel on my shelf waiting to be tried out next and some Envirotex Jeweller's Grade Clear Epoxy Resin on it’s way.  I have an idea that working with resin will not be fast enough for me, but we shall see! 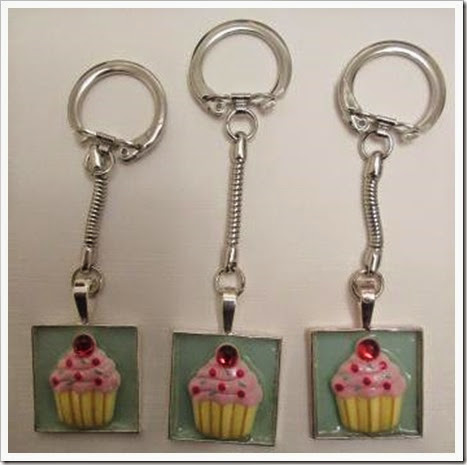 After I originally wrote this post I found these snake key ring blanks in a box ….. and married them to the pendant trays …… perfect!
Posted by Its All Fiddle Fart at Wednesday, January 07, 2015 4 comments: