This card measures 6ins x 6ins and is made using a pre-scored, manufactured card blank. 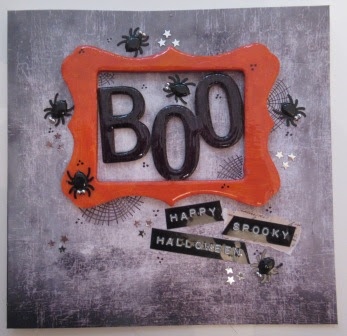 Following on from yesterday's card this is the Halloween idea that sprang into my head as I was looking back at the pictures. 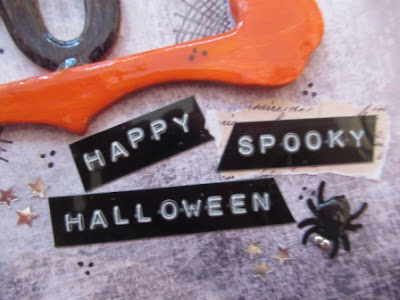 I used the same background paper and frame as before, but painted the frame orange before covering it with a layer of Glossy Accents. I really need to look out for some more of these frames (The Works) as their size makes them so versatile for all sorts of other cards. Again, I coloured the letters with a black Sharpie pen, followed by a layer of Glossy Accents to make them really pop. The printed words were made using my very old, original Dymo label maker. 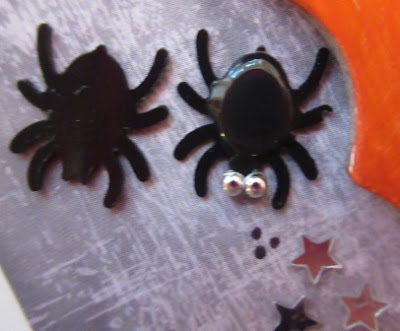 The spiders were in a bag of confetti bits found in a charity shop, but adding two thick layers of Glossy Accents to their bodies gave them much more dimension and defination, and the two tiny silver gem eyes helped them take on a completely different character and prescence. 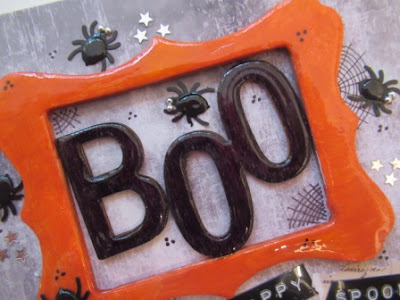 The spider webs were hand drawn using a black fine liner pen.  All that was needed then to complete the design was a scattering of three dot clusters and silver stars.  I am so pleased with how it turned out, even better than in my head!
Posted by Its All Fiddle Fart at Wednesday, October 02, 2019 2 comments: