“I’ve so let the housework go since I started blogging!
Yesterday, I withdrew the post below (Poppy Bird-Seed Card) because it prompted a lovely but very worried follower to ask whether the young girl, who had drawn and given me the picture had any connections with a website selling digi stamp images. The writer felt that the picture I had used appeared to share several similarities to the images on sale and was perhaps not as original as it seemed. She was also concerned that because of  these similarities I could be opening myself up for potential copyright issues. 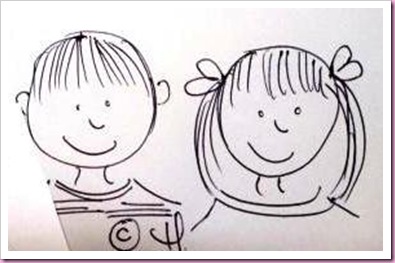 My doodles !! My original work?? How do I prove it??
This made me think about copyright in card making and blogging. I checked out the website to which my attention had been drawn, only to find, in my opinion, that they were selling images that could infringe the copyrights of at least two major companies, (one from publishing and the other a film character). It's a minefield!
You’ve only got to look at the current trend amongst a lot of the top blogs on http://www.craftyblogs.co.uk/ to see the plethora of doe eyed, cutesy digi stamp images being used, many of which are comparable with each other, as well as to the drawing I used ….
So what do I do?  Is the digi industry so circumspect that to use a  child’s doodle/drawing on a card could result in possible litigation by questioning its originality? If that’s what the crafting world is all about who needs it? …. 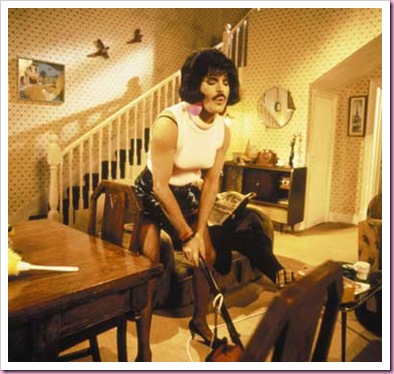 There is more to doing house work than I anticipated!
Disillusioned, I am now considering giving it all up to start doing the housework again!!!!! Anyway I have decided to post the card regardless and be dammed ….. see you in court! ..... (files in cakes will be very acceptable if I am incarcerated!).
Posted by Its All Fiddle Fart at Friday, July 15, 2011 16 comments:

This card measures 7ins x 5ins and is made using a fine ribbed white card. 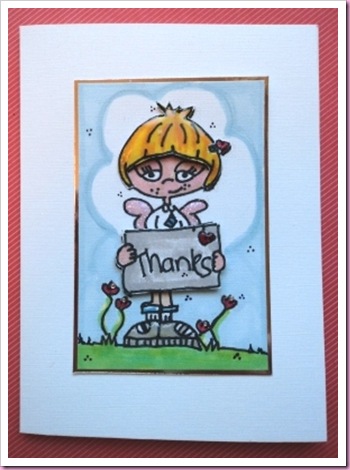 Introducing Popsy Bird-Seed drawn for me by a friend’s daughter. 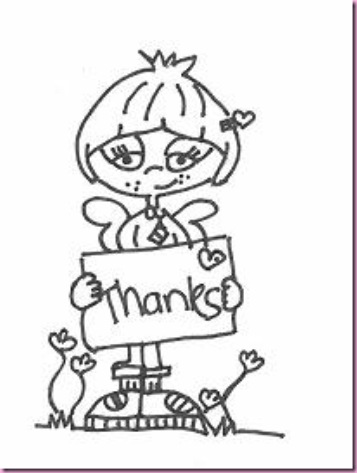 I just love the name! As soon as I saw her drawings I knew I could make some brilliant cards with them.  So I asked it I could scan a couple to see what I could do. 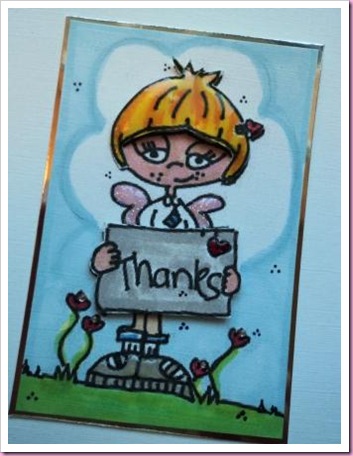 I have kept it very simple, as I didn’t want to detract from the drawing.  All I have done is a simple single decoupage layer on the hair and “Thanks” sign, sticking them down with a couple of small foam pads. I’ve also added Ranger Glossy Accents to the hair, shoes and flowers for dimension, plus a touch of glitter on her wings and tiny gems on the flowers for a bit of bling. …. and how cute is this little bird ….? 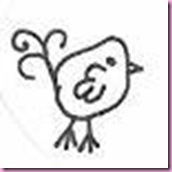