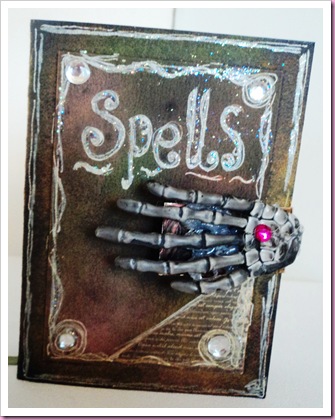 There’s been a bit of natter on my chat widget about ‘scary hands’, so I have bought this post forward to show you what we’ve been on about and what I have made with my hands, if you’ll pardon the pun! …… 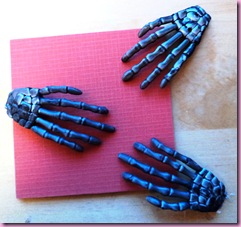 Someone had asked on UKScrappers if anyone knew where to get scary hands from, and I realised I’d seen them in Poundworld and had dismissed them because I couldn’t think what to do with them, DOH! 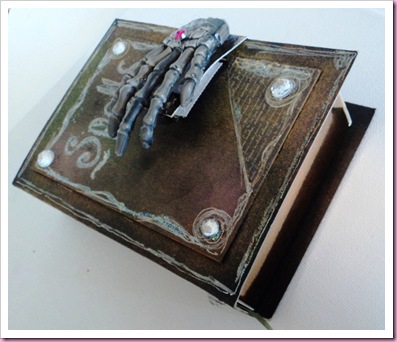 So I went back and had another look.  There are ten in a pack and are a rigid plastic, where originally I thought they were rubbery. 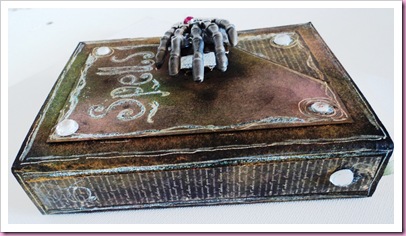 Once I got them home my mind went wild, and as you can see I have come right out of my crafting comfort zone for this idea! 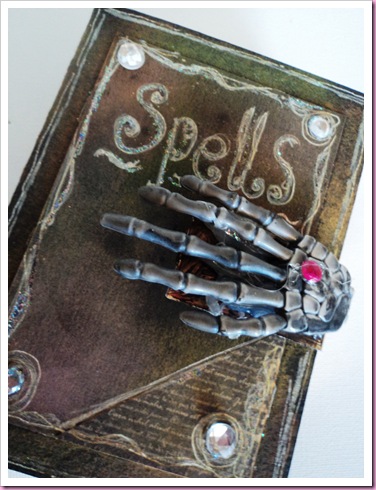 It’s basically a box in the shape of a book. 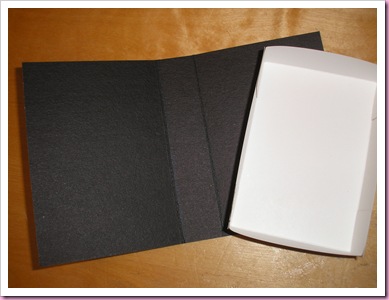 I made a tray in gold card and a book cover in a really thick black card, getting it to be a perfect fit took several attempts, and made my gums itch when I couldn’t get it right! 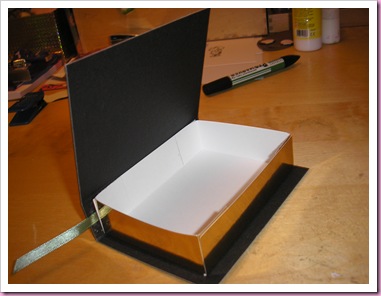 Before I stuck it altogether I added a ribbon for a page marker, down the spine on the book. 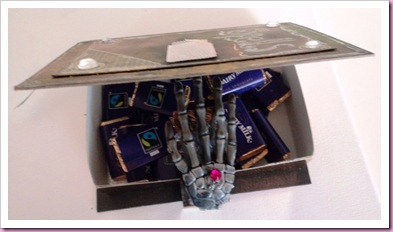 The rest was just a lot of fiddle farting, I used a hot glue gun to stick the hand on a strip of gold card to make the clasp. The strip came round from the back, joining the front and back together and then onto the front. I glued Velcro tape on the back of the foil under the hand and on the front to the box, to keep the clasp in position. (I hope that makes sense) 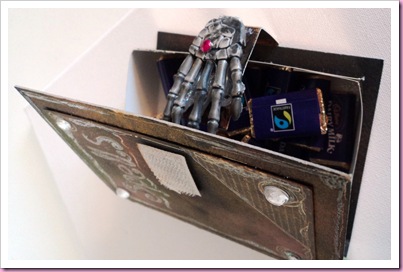 I also hope the pictures help to show you how I’ve made it  …….. as it’s a bit hard to describe. 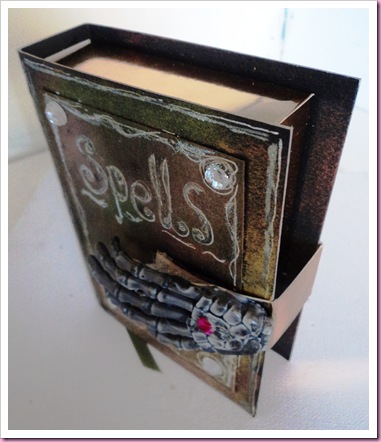 I’ve used craft chalk to age the book, rubbing in shades of brown, green and mustard with my fingers, plus translucent micro glitter for a magical sparkle. I’m not sure if I could make the box again ….. it could be a one and only!
Posted by Its All Fiddle Fart at Thursday, September 23, 2010 13 comments: