I have never attempted a fairy door before, but seeing as I had all the basic bits and pieces I thought it was about time I had a try ....... 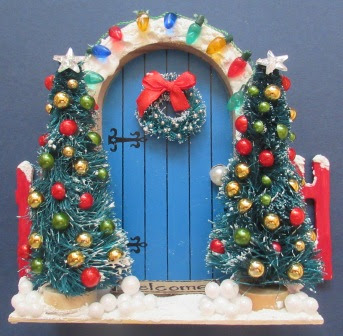 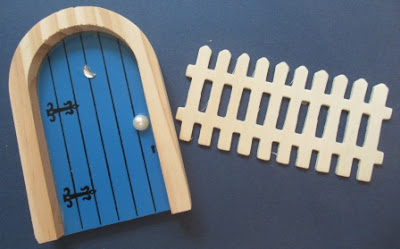 The door, fence, trees and door wreath all came from The Works. 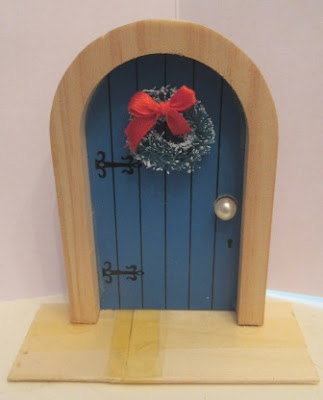 I started off tentatively by attaching the door to a strip of spare balsa wood. I removed the original star on the door and put the little door wreath in it's place, which I later decorated with tiny weeny, silver flat backed gems.  I wish now that I had also replaced the pearl door handle with a large gold flat backed gem and gone over the black door hinges with gold 3D effect paint, but it's a lesson learnt for the next one I make! 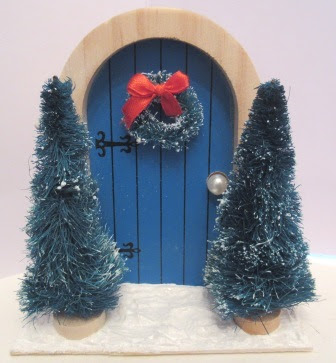 I added the trees, which needed quite a bit of fluffing to make them presentable and covered the balsa base with 3D Snow Effect ..... at this stage it was beginning to look a lot like Christmas! 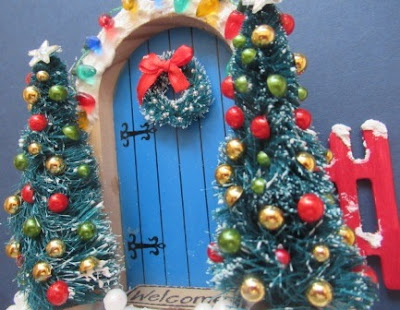 I then got totally carried away, adding the fence to the back of the door, colouring it with a red sharpie pen. 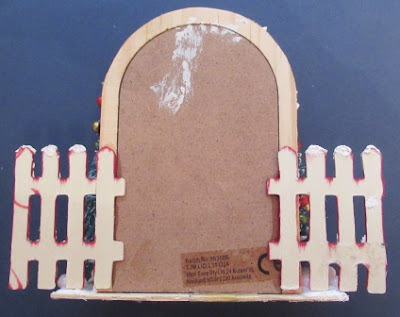 I filled the trees with various sized, pearl and gold effect flat backed gems with a large star on the top ....... 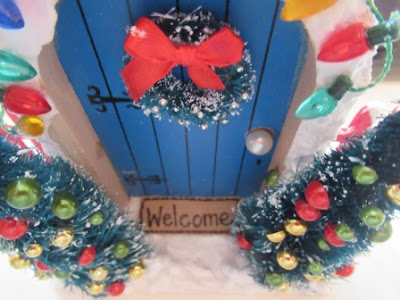 ......... followed by a"Welcome" mat using a textured brown card and an attempt at a doodled squiggly writing to look sort of "mat like", if that makes sense, using a black fine liner pen. 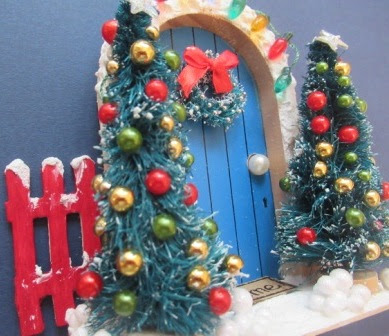 By this stage I decided I might as well go the whole hog, putting snow all round the door and then adding a string of little fairy lights to it, plus windswept snow on the fence. The very final touch came from the small, irredescent, polystyrere balls (Poundland) piled up to look like snowballs which I think really makes the scene. I have such a thing about proportion but with this door I think I have just about got it right, keeping it whimsical, without spoiling it with too much accuracy. 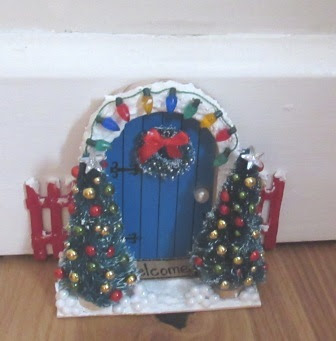 It sits very nicely on my skirting board, but when December comes I am thinking that it perhaps needs some tiny snowy footprints leading up to it, I can't wait to see Iris and Bertie's reaction when they see it for the first time.
Posted by Its All Fiddle Fart at Wednesday, November 27, 2019 4 comments: