Please forgive me, but I think my Frankenstein's have turned out with an ever so slightly camp look about them! 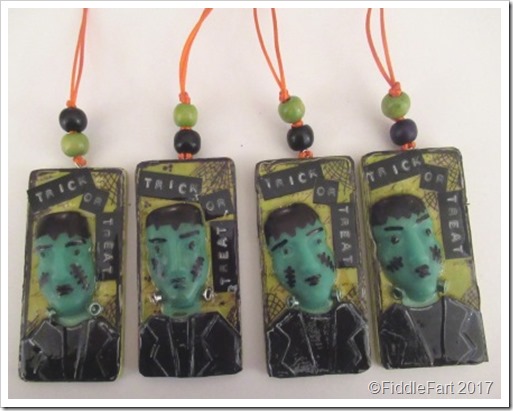 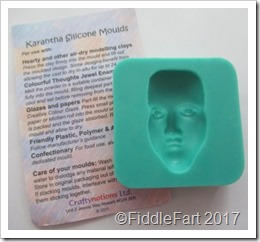 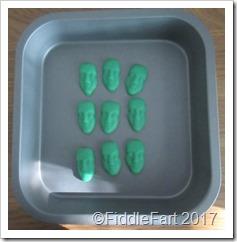 Well, after a remark like that it would have been rude not to give it a try, and several heads were duly moulded and baked! 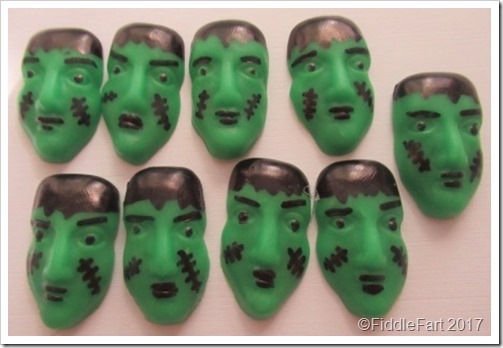 When cooled I used a black Sharpie pen to accentuate and add features, but it’s the lips that just don’t quite cut it.  I also think I need to invest in an extra fine permanent black marker, if there is such a thing, for similar projects. 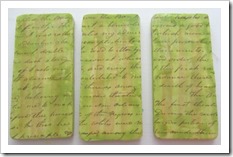 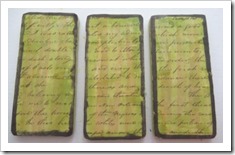 I used children’s wooden picture dominoes for the tag base, covered with scraps of a manuscript patterned paper, coloured over in shades of murky green and brown Promarker, and then heavily outlined round the edges. 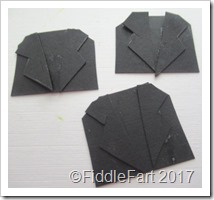 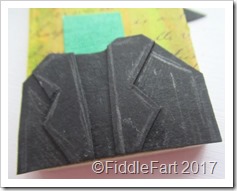 I made life difficult for myself in having the jacket made in three separate pieces, but I thought it might add a little extra dimension, rather than just drawing on the lapels. 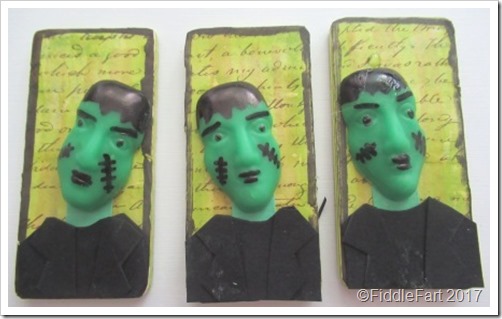 I used E6000 to glue on the rather dreamy, romantic looking Frankenstein, at least no one can accuse me of frightening young children! 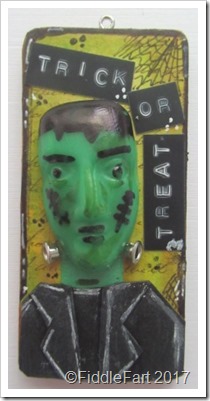 I used an old fashioned, must be a hundred years old by now, Dynamo label maker to add the Trick or Treat wording, plus a little extra doodling in the background using a black fine liner pen, and the bolts in Frankenstein's neck are tiny metal eyelets. 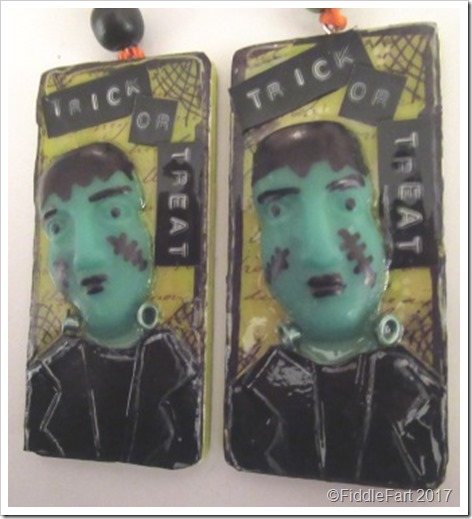 I was going to leave it at that, but then in true fiddle fart tradition I wondered how the tags would look with a layer of Ranger Glossy Accents, I think it worked.
The finishing touches were made by adding an orange hanging thread with a black and green wooden bead for extra interest and detail.
Perhaps more punk rocker than Frankenstein, but I know Marc for one will appreciate one at Halloween with his bag of sweets!
Posted by Its All Fiddle Fart at Saturday, August 19, 2017 5 comments: