I’m not too proud to show you one of my not so brilliant ideas, it’ll give you a good laugh if anything!
I love bingo tickets, goodness knows why, and I had this daft idea of making fridge magnets with them. 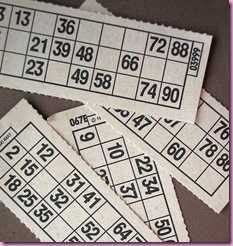 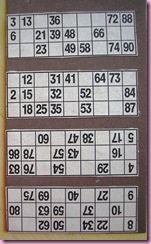 But though the idea isn’t a bad one, my choice of materials was totally wrong from the start.  I decided to use magnetic foam as the base, but though the magnets are light, they have a spongy texture and so don’t feel strong or rigid enough. If I were to make them again, I would put a strong card between the ticket and foam. 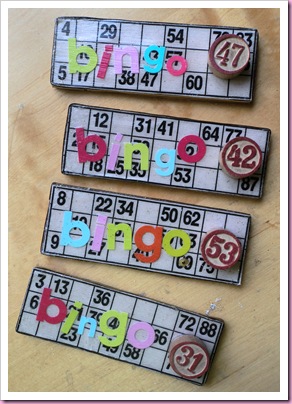 I then applied several coats of outdoor Modge Podge, thinking that would add a little rigidity ….. no!  I also stuck  self adhesive letters between coats ….. hmmmmm not sure …. and to be honest the finish of Modge Podge wasn’t as glossy as I had hoped either …. 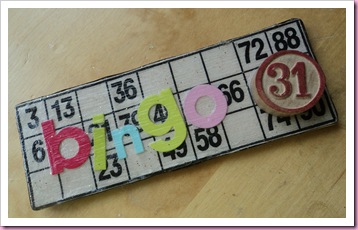 However not one to throw a project in the bin until I’ve exhausted all the options, I thought I’d glue on an old wooden bingo counter (a carboot find) – but the letters are quite modern and bright beside the old counter, so the mix just doesn’t gel.

My final effort to salvage this project  was to  apply peel off strips round the edge to hide the foam ….. but one strip wasn’t enough to go all the way round, so there are a couple of joints, so the whole thing is just totally tacky!!! 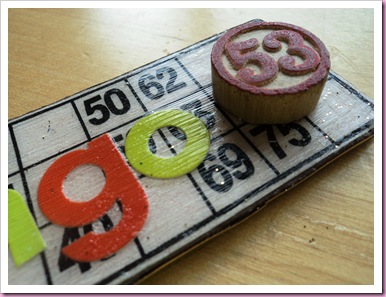 You’ll probably see this project again ….. now I know where I’ve gone wrong!
Posted by Its All Fiddle Fart at Thursday, October 21, 2010 2 comments: