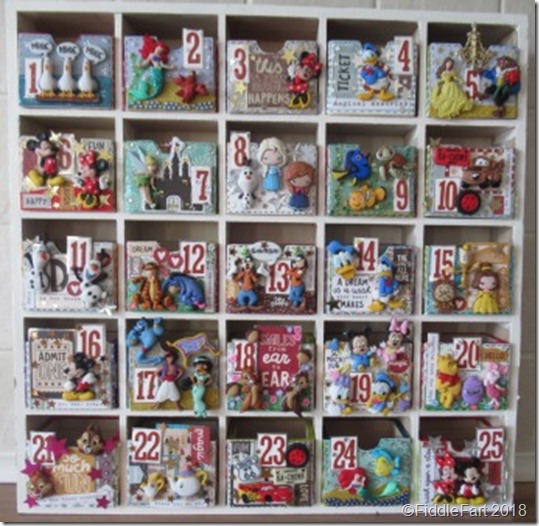 I finally got two days to sit down properly and get the final thirteen drawers, as well as the sides and top finished. 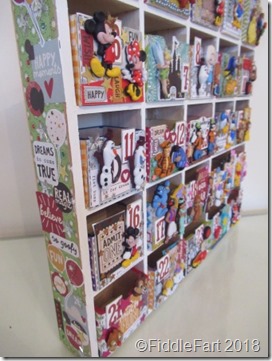 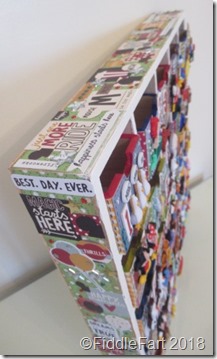 It’s been a long old slog, but I am so chuffed with how it’s all turned out, with the end result exceeding all my expectations in buckets! 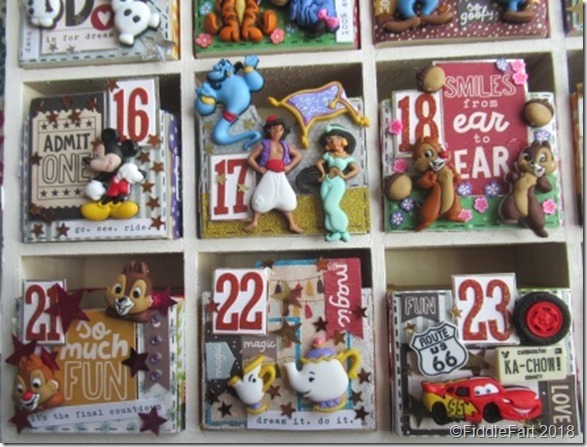 Some drawers were a bit of a fiddle fart to get all the buttons I wanted to use along with the countdown number, like the Aladdin one, but the extra space over the drawer top and the dividing partitions gave me some much needed wiggle room. 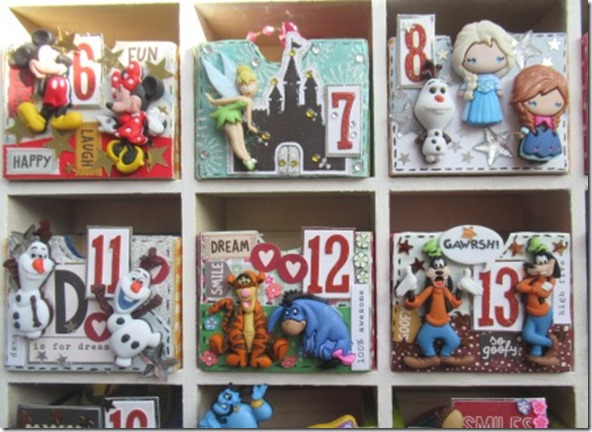 I was also determined to use up all the buttons I had bought, as I knew anything left over would just end up at the bottom of a box, probably forever. 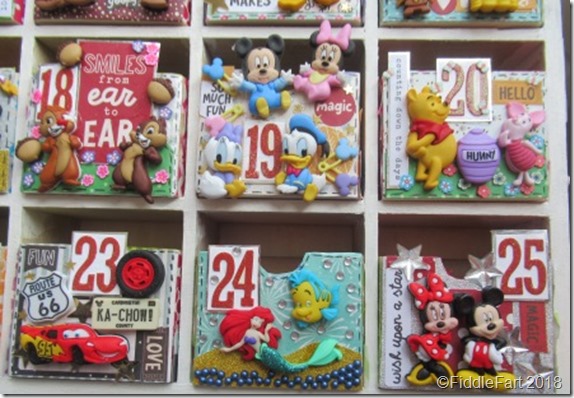 In all, I only had two Tinkerbells left over, but they are now “hidden”, one on each side of the box for Iris and Bertie to “search for”, as they will be lost among all the other stuff. 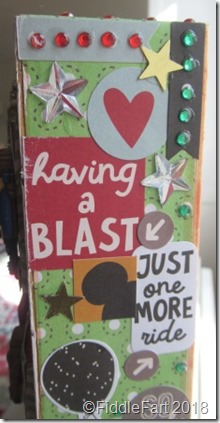 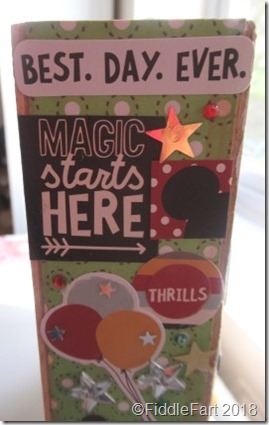 At first I wasn’t too sure about all the fuss on the sides and top, using all the left over bits and pieces from the Carpe Diem Say Cheese sticker book I bought, so that was when I called a halt at the end of day one and slept on it, returning next morning with fresh eyes, thinking “yes, it’s over the top but it works” and then continued to add even more bling to it …… with my less is more mantra well and truly out of the window

I have to admit to getting a bit bored of using flat backed gems and stars to “fill in the gaps” and then I remembered some tiny nail art flowers I’ve had for years, they were so perfect for the Winnie the Pooh and Chip ‘n’ Dale outsidey drawers. 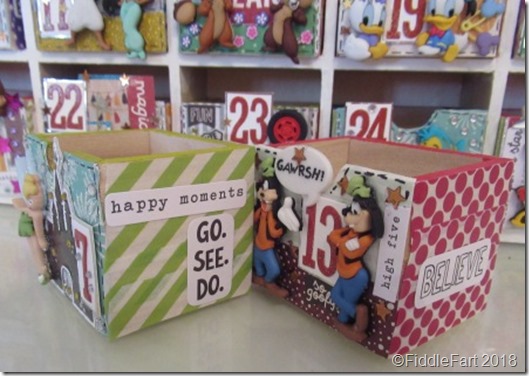 I even decorated the sides of all the drawers with washi tape and stickers, nothing was going to remain unused and unadorned.
This wasn’t a cheap project, it was my choice to use Dress It Up Buttons, however it was during the collecting of all the bits where I found how hard it is to find legit/licensed Disney pieces, unless they were “knock off” like a few Frozen and Disney Princess stickers and to be honest they just looked cheap.  So on the very conservative side, the bits alone cost me around £60 ……and I say that in a whisper.  The drawers were from The Works, usually costing £15 each, but I got three when there was a 30% off offer which then worked out at around £10.50 each – although I have noticed that lately promo codes aren’t applicable on then now, so I’m not sure if getting another bargain would be possible.
I have two other sets taking up far too much space at the top of my wardrobe, so they need to be done before too long ……. I am thinking one should be for Christmas 2018, using wooden snowmen and snowflakes which I already have and cost less than £10 through sales and offers, and there’s really enough there to do two or three sets of drawers!  The other set I think should be more eclectic and for me! I have a lots of key and lock embellishments as well as other interesting flat back bits and pieces which I am thinking about  ……… all I need now is the time!
Posted by Its All Fiddle Fart at Monday, April 16, 2018 4 comments: