I think I have said before that I can go back to an Advent drawer several times before I am 100% happy with it. 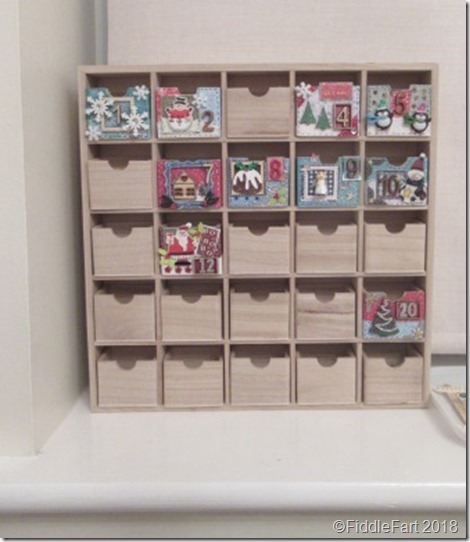 The calendar is sat sitting on the window sill directly in front of my work table so that I can look at it and then fiddle fart some more when inspiration finally strikes. 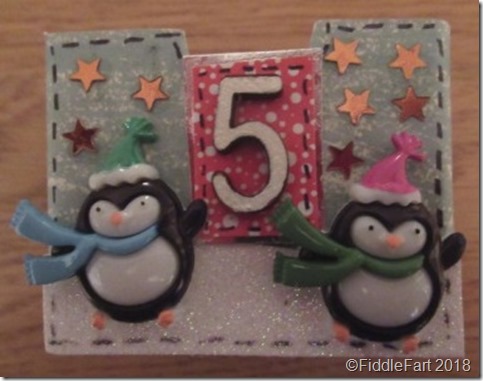 It’s also good to step away from a drawer for a while, working up close on such a small object sometimes makes the tiniest space seem like a yawning chasm desperate to be filled. There is, I think, something missing from between the penguins (above), I just don’t know what yet …… a fish, a cracker, some snowballs? Hmmmmm 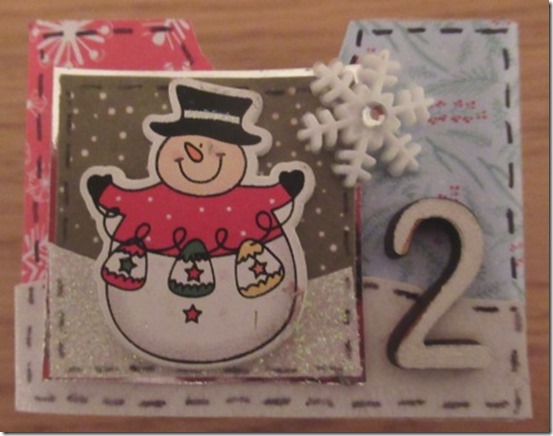 I also think that the numbers on both drawers need another coat or two of white Posca pen followed by a layer of Ranger Glossy Accents to add extra texture and dimension.
Posted by Its All Fiddle Fart at Tuesday, November 13, 2018 2 comments: