MY APOLOGIES ...... goodness knows what went wrong with this post but this morning I had quick peep and saw that there really were important pictures missing ........  and I can't find them anywhere in my files, so this morning I have had to take a few extra pictures to add to it in order forhis post make sense!!!!! 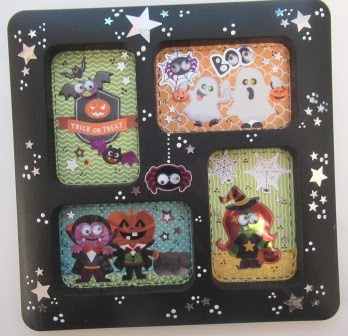 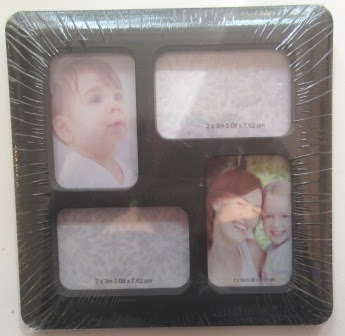 I found the black, multi aperture picture frames (above) in Poundstretcher a while back, they measure approximately 6.5ins x 6.5ins and I think cost about 99p each and (to date) they still have them. When I saw them I immediately thought "Halloween" but after buying a couple they have remained in the box under the bed for at least 18 months. 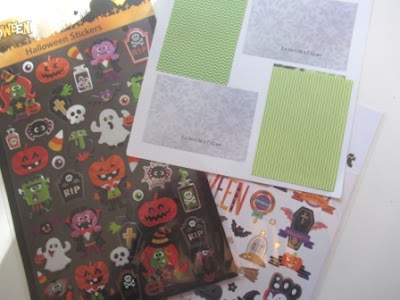 However, Halloween will soon be upon us and I have already started to plan a special Halloween weekend party sleepover for Iris and Bertie and I determined it's going to be a special time with many happy memories, so I needed to get cracking on these frames to help decorate The Towers. 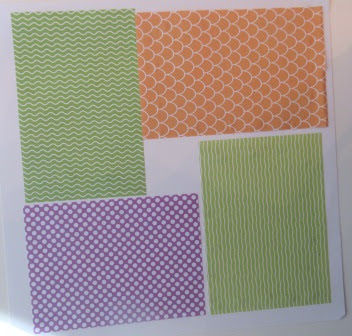 I was a very disappointed as I thought I had a lot more Halloween stickers that just the two packets  (above) from Lldl and Flying Tiger (bought last year), I admit I wasn't inspired, but decided to persevere. 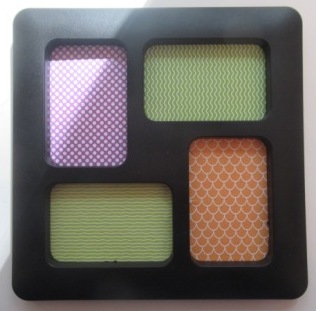 I started by removing the glass from the frame (and throwing it away) and covering the pictures on the printed paper insert with Halloween-y coloured papers, so that I knew each aperture would be properly filled,if that makes sense? 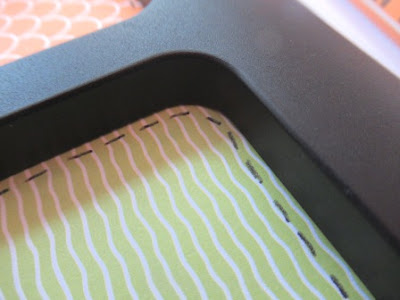 I then put the frame back together and faux stitched round the edges using a black finer liner pen ....... and that's when I became totally immersed in putting the little scenes together in each aperture! 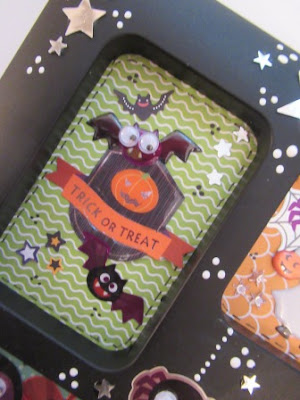 When I started I felt totally underwhelmed with the stickers, but I have to admit I did pretty well. I placed the figures first and then used the other smaller stickers to fill any empty spaces. 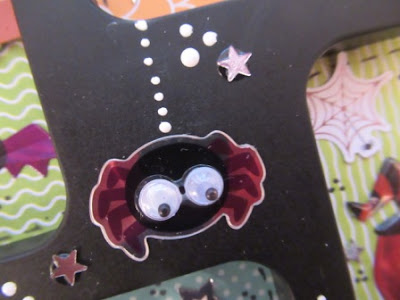 I  also added some extra strips of paper to add more colour and pattern. I also decided that Halloween wouldn't be Halloween without an ample abundance of googly eyes, stars and and clusters of three black dots, I think I went a little overboard adding them! 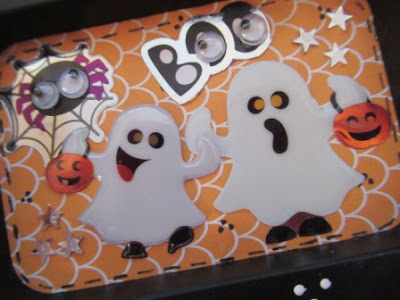 I thought I was finished, but then it struck me that the frame was now looking rather plain, so  more stars of varying sizes and little dots of white Ranger Enamel Accents were applied. Halloween has got to be one of those times when the mantra "less is more" should never be applied ...... instead everything needs to be over the top, well that's my excuse and I'm sticking to it! 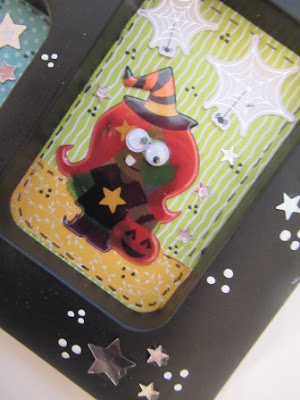 I have one more frame left, I am now in a quandary as I think I have used the best stickers from a bad bunch on this frame, should I bite the bullet and just try and conjure up something else using them ...... or do I wait until a new lot of Halloween stickers hit  the shops ....... 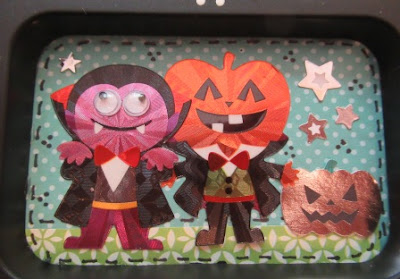