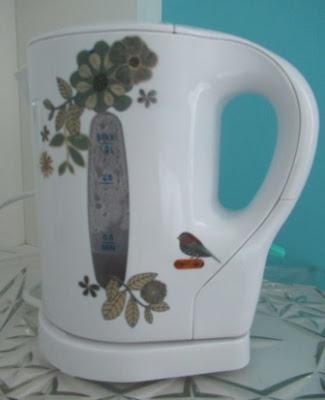 I bought a small 1 litre kettle for my bedroom back in July as I like to have at least one coffee before I get out of bed in the morning, at just £8.79 it was a no brainer, but when it arrived I wasn't keen on the logo that was on it 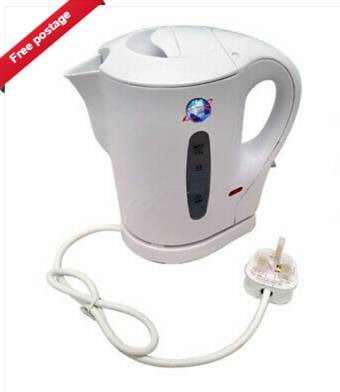 Then I remembered some very robust plastic stickers I have had forever from Hobbycraft but never used, with a bit of manoeuvring I was able to successfully cover up the logo plus add a little extra frou frou so the design flowed.  I love the positioning of the little bird particularly. 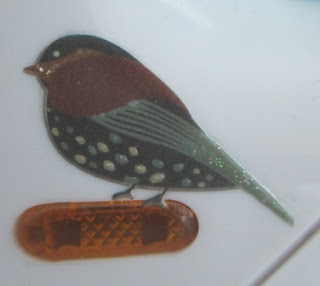 However, how long would they actually last with a repeated change of temperature and wiping over, well it's now mid December and they are still going strong, not a single sign of them beginning to peel, in fact I think if I tried to remove them now, they would probably take the offending original logo with them.  Dead chuffed!
Posted by Its All Fiddle Fart at Tuesday, January 07, 2020 2 comments: