Halloween Bedding ......If Money Was No Object!

As I have said I am having an extra special sleepover for Iris and Bertie this Halloween, something, in the hope of making special memories to last a lifetime. 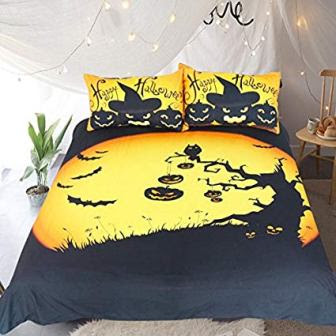 When I was a child, all those years ago, Halloween didn't exist, we had Bonfire Night on 5th November with a penny for the guy, Standard's fireworks, bonfires, toffee apples and baked potatoes.  These days that all seems to have fallen by the wayside in favour of Halloween and Trick or Treat, which has gradually crept in from when my children were small in the 1980's to what it is now (and still growing) but to be honest really isn't a patch on what they do in the US! 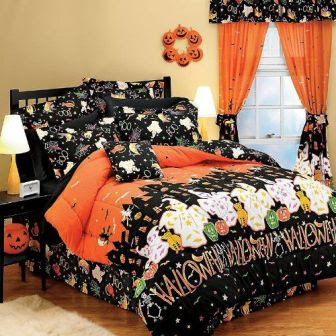 However, I will be trying to set the scene at The Towers in some small way, with thanks to Poundland and a few other places ........ but if money were no object, I would definitely dress the beds, like in the pictures above and below ....... 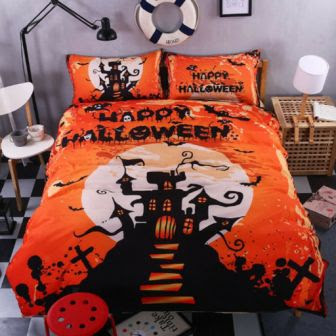 ........ but for just one week, at the most, I just can't justify the cost, even if I ordered from China they would be still a little too expensive for me, however I am not ruling it out for another year. I save 1p, 2p and 5p's in a Poundland money pot .......perhaps by next summer (well in advance to order from foreign climes) I will have collected enough for an very extravagant and rash purchase????? 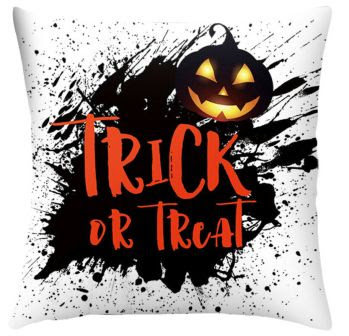 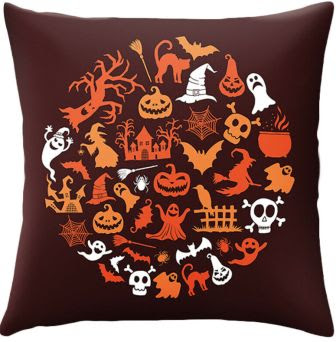 .......so less than my Monday chai latte and slice of cake when I go in to town.  The downside is that I had to order them at the end of August in order for them to hopefully arrive by mid October (taking around six weeks), but I am sure they will have the desired effect on the day. 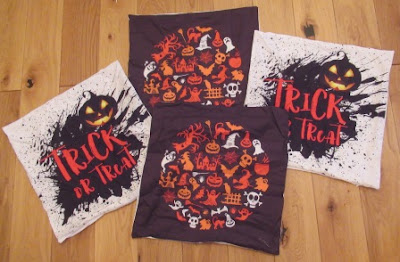 My cushion covers arrived (on 30th September, so with plenty of time to spare) and I am really chuffed with them.  They are made from polyester, measure 18ins square with a zip fastener and at approximately £1.18 each I cannot fault them for the money, especially as I have a feeling they will be around for many Halloweens to come.

They will go on the sofa during the day, but before I go to bed I will hid a little spooky something behind each one, telling Iris and Bertie in the morning to have a good look around to see if the Magic Pumpkin has left them something in the night and just watch their excited little faces as they search ........ happy days!
Posted by Its All Fiddle Fart at Friday, October 04, 2019 1 comment: