This card is made using a hand cut cream glitter A5 blank. 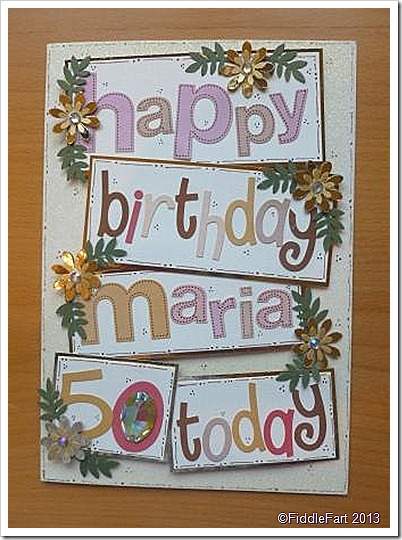 There is a story behind this card … I had temporarily stopped making cards to order, so my sister in law decided to buy a special  “handmade”  (CraftROBO/Silhouette cut) card from Not On The High Street, paying over £5 for it,  but when it arrived it took our breathe away, it was so awful. It was made using cheap flimsy card, the cut out design was so confusing it was hard to pick out the wording and it wasn’t even centred, Sarah bought it to me in despair asking if I could rescue it!!!   Believe me, I’d have put it in the bin ….. but in the end I managed to make a gift tag from it. 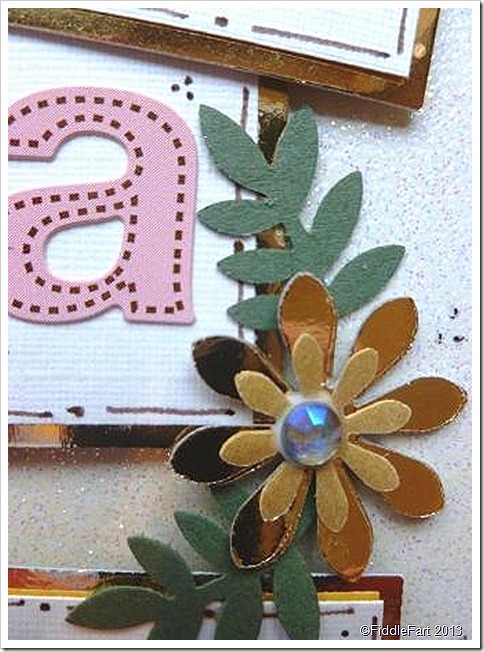 Needless to say I felt very guilty for not making Sarah a card in the first place and to make amends created this very over the top little number (not to my taste to be honest, but in real life it did appear to be a lot more subtle!), but the person the card was for loves anything that is OTT and the more bling and embellishment the better …. in her case less is definitely NOT more!!!
You can’t see the sparkle in the picture but I made the blank using a sheet of very twinkly A4 glitter card. I have to admit I wouldn’t do the lettering in the way same again …. I would stick to just one type of font, but Maria, the lady who  received it was absolutely thrilled!
Posted by Its All Fiddle Fart at Sunday, March 10, 2013 7 comments: