These tags seemed to come together pretty easily, I’d had the birds for long enough and they needed to be used! 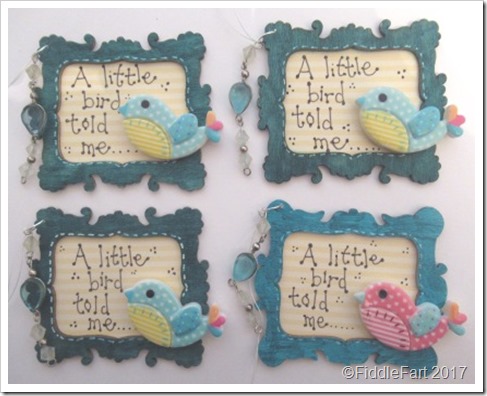 The tags are a marriage of  four of the plastic patchwork bird embellishments from The Works (£2) and some wooden frames, which, I think came from Poundland. 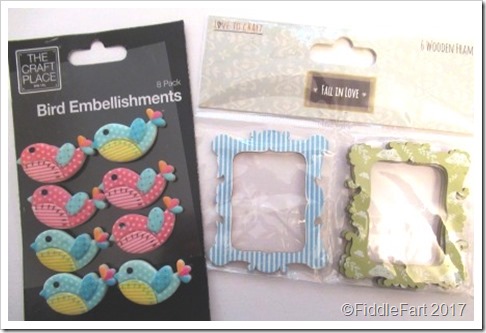 I had hoped to get away with leaving the frames as they were, but none of the papers I tried to match them and the birds with worked, so in the end I turned them over and used the back, as the front, if that makes sense, colouring both sides with a turquoise Sharpie pen. 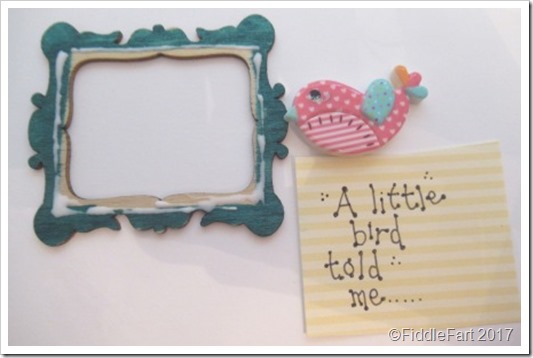 I then used scraps of a yellow striped paper for the background.  Getting the writing in just the right place took a couple of attempts before I was happy. 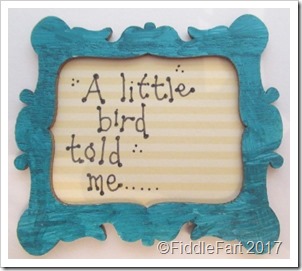 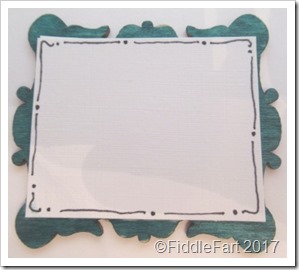 As tags it was important to me that the back was as neat as the front and there was ample space for the sender to add a message, so I covered up the reverse side with a piece of white card with a doodled edge to finish it off. 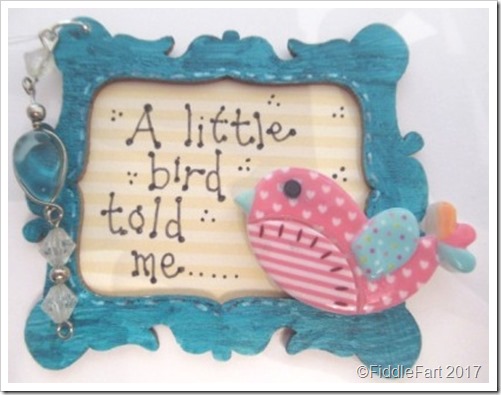 The bird embellishment was then ready to be added.  That would have probably been enough embellishment for me, but with Marc’s words about other peoples tastes ringing in my ears, I added a beaded link taken from a disassembled charity shop necklace that I had bought specifically for the said links. 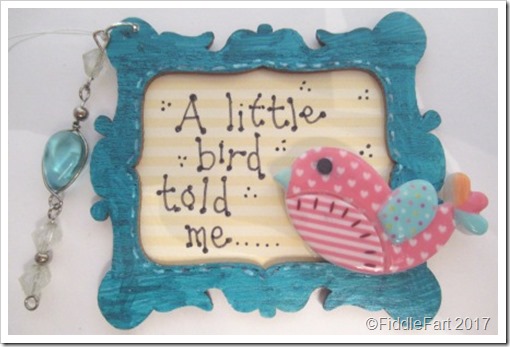 I drilled a hole in the corner of the frame for a jump ring to accommodate the link and the tying thread. A little faint faux stitching using a white gel pen finishes off the whole effect.
Posted by Its All Fiddle Fart at Sunday, September 10, 2017 3 comments: